Although he could not become a mason in Cuba, Octavio Carrera González has come to preside over the Spanish Supreme Masonic Council. In his opinion, freemasonry “is a humanistic school in some way, it does not have its own philosophy, but it uses philosophy.” 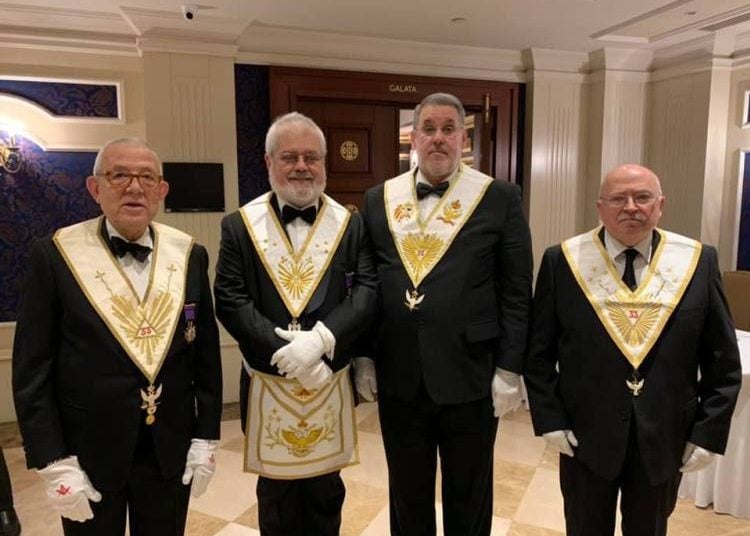 Philosopher Octavio Carrera González wanted to be initiated in freemasonry in Cuba, where he was born, but he couldn’t, so he took advantage of a study trip abroad to enter this society and, in time, be elected sovereign grand commander (president) of the Supreme Masonic Council of Spain.

He traveled to Europe in 1996 to pursue a PhD in Philosophy at Jaime I University in Castellón (Spain) and two years later contacted a lodge from the city of Valencia (east), according to him in an interview with EFE news agency.

Although Carrera, 57, obtained Spanish nationality, he could have been equally sovereign grand commander (elected last November) because this position is not vetoed in Spain to foreigners. Being an active member is enough.

“I had requested initiation in Cuba, but they rejected me. I was about to come to Spain to study and they felt it was not convenient,” he summarizes.

Then he had “trouble” to return. He worked at the University of Havana, he was asked to return before finishing his studies in Spain, but didn’t do so, which was considered a “kind of effect” on his record, and for nine years he couldn’t enter Cuba, according to his testimony

But things changed and now he can travel to his country “without any problem.”

Regarding Cuban freemasonry, he is blunt when he says that he cannot speak on its behalf because one of the masonic principles is to respect the independence of this organization in each country.

But, at the same time, he is sure that masonic values ​​can contribute to an opening on the island.

“I am very convinced―no doubt. Freemasonry in Cuba can provide that, a way of understanding citizenry, active citizens, with their own criteria and with capacity because freemasonry, in essence, is democracy: everything is voted, everything is chosen, the posts are not for life….”

In Cuba it is not prohibited, but “it cannot take a political stance,” he clarifies. In freemasonry there are traditional criteria of not arguing in the lodges about politics or religion, but their values ​​are “democratic”: being supportive, considering the other as equal, respect for the different.

“Freemasonry (in Cuba), I imagine will have a critical position regarding society, because it’s what it does,” comments Carrera, but “it is obliged to respect the constitutional order of the country where it is.”

Freemasonry studies ethics and issues related to personal development, the way of understanding society, humanity…. “It is a humanistic school in some way, it doesn’t have its own philosophy, but it uses philosophy,” explains the Spanish-Cuban Mason.

In freemasonry there are some basic principles: freedom, equality and fraternity, and others, he adds, such as humanism, solidarity, respect for and recognition of the different in equality of rights.

“The important thing about freemasonry today is that it helps citizens with values, because these have been abandoned in the world,” he says.

That’s why freemasonry is not a humanitarian association that provides material, precise aid. “We work on personal growth, philosophical study, and it cannot be said now that philosophy is not important because it’s not an NGO.”

In today’s society, he says, there are few educational institutions that focus on values ​​because the University, to some extent, has given that up by becoming more technical and specialized.

He adds that “two institutions whose project is an education on values ​​are the church (of any kind) and freemasonry. The difference is that the first one believes in values ​​that are revealed and we believe in ones that are constructed in the Kantian sense…, based on discussion and consensus.”

In general terms, freemasonry has “two bodies” in Spain. One is the “traditionalist,” based on the belief of “God revealed” and that does not admit women, of which The Grand Lodge of Spain and the Supreme Council of Grade 33 are part.

But at the moment these criteria are “something surpassed, without foundation,” opines Carrera, who belongs to the progressive masonic branch “that believes in the progress of humanity,” in the existence of universal values ​​valid for all: humanism, respect for the different, masonic solidarity and commitment to be an active and fair person every day.

The Spanish Symbolic Grand Lodge and the Supreme Masonic Council of Spain itself, chaired by Carrera, belong to this branch.

“We are an association that believes that values ​​must be the result of dialogue, not imposed values, we believe in a philosophical ethic,” he insists.

And it is not enough to want to enter the Supreme Council, but some requirements must be met, interviews and promotion to degrees (up to 33) through personal merits.