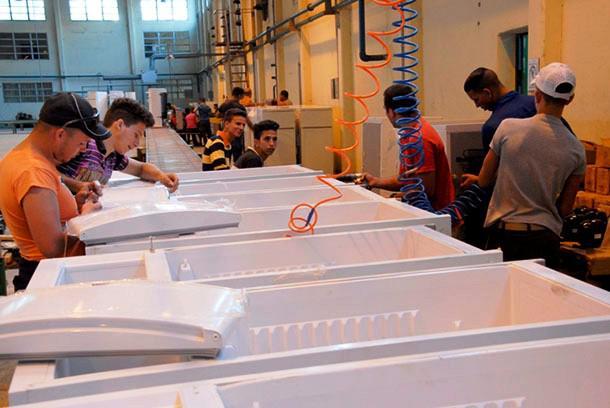 According to the daily Granma, the National Household Appliance Production Industry (Inpud) is currently immersed in an investment process aimed at expanding and modernizing its productive capacities, in order to again manufacture refrigerators.

Valued at more than one million pesos, mostly in convertible currency, the move expects to acquire the equipment that makes it possible to produce Inpud Model rd01 brand equipment and its spare parts.

It is expected it will replace imports. According to Doris Rodríguez Díaz, deputy director of the enterprise, the idea is to manufacture an annual 16,000 Frost refrigerators during an initial stage. And in the second, that figure can reach 24,000 units.

It also seeks to install the necessary equipment to produce the joints that the new refrigerators demand, in addition to those required for the sustainability of the equipment, said the directive.

The assembly of the equipment must be completed by the end of March. This will be followed by the startup and its operation before the end of May, when the plan is to manufacture some 5,000 refrigerators, she said.

Other Inpud productions for 2020 will be rice and multipurpose cookers. The plan is to assemble more than 40,000, in addition to domestic cooking ranges of various types and industrial ones, and table, wall and pedestal fans.