Notes to better understand the referendum process that will take place in September in Cuba. 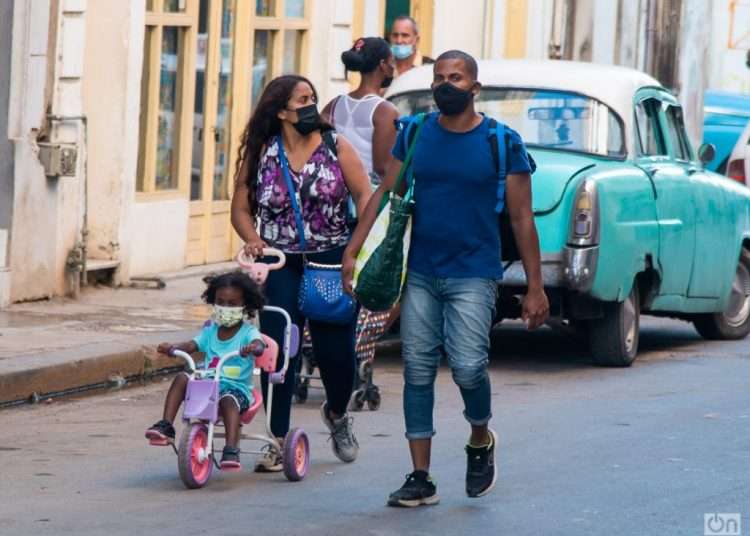 In September we will go to the polls to vote in a referendum on the Family Code. Only on two previous occasions — during the last 45 years under the People’s Power system — has the direct vote (of citizens) been used to submit a law.

The referendum is the mechanism for citizen voting and consultation on the creation, modification, repeal or abrogation of laws. It allows the voter to share the legislative power of Parliament, which gives greater legitimacy to that power. It is considered an instrument of direct democracy.

The referendum can be classified, according to its type: 1) by its constituent effects (to approve a constitution) or constitutional (to modify the Magna Carta); 2) due to its legal nature, it is mandatory or optional; and 3) due to its origin, it is popular, governmental or presidential, parliamentary, state.

Given this significance, I speak with lawyer Mylai Burgos Matamoros, Research Professor of the Academy of Law of the National Autonomous University of Mexico and with a Law Degree from the University of Havana, to delve into the scope and counterpoints in relation to the referendum appeal within our legal system.

The process of the Family Code has been an important moment to look directly at Cuban legal culture. As part of the process, we are heading for a referendum. What scope does this figure have within the Cuban democratic design?

The Cuban Constitution of 2019 has provided for some mechanisms of direct democracy, typical of a system that historically has been conceived in this way, now reflected exhaustively in the constitutional text. Although there are several regulations on this subject, those referring to the legislative subject would be the popular consultation, the referendum, the plebiscite, the legislative initiative and the initiative of constitutional reforms (Art. 80 d and g).

For the currently proposed Family Code, a popular consultation and a referendum were foreseen, that is, the approval of the law in its entirety (yes or no) is voted on. It is not a plebiscite. The plebiscites are planned on some act, political or government measure of relevance, and the referendums are carried out on legal dispositions that imply systematicity, generality and multiple themes, as is the case of a Law. The similarities are that the two mechanisms are voted by simple majority of the electorate. (See in Electoral Law, Art. 256 and ss and Law of Organization and Functioning of the National Assembly of People’s Power and of the Council of State of the Republic of Cuba, Art. 212 and ss.)

It is a fact that all the secondary legislation derived from the new Cuban Constitution is not subject to these consultation and referendum processes, but that of the Family Code was taken as a transitory provision in the Magna Carta, which, in turn, was consulted by citizens, reformulated by the National Assembly and approved by constitutional referendum by the Cuban electorate itself, where it obtained a citizen majority. In this sense, although there were multiple disagreements, there is a constitutional mandate regarding this Code and not about others.

It is desirable and should be subject to citizen social pressure that both relevant legal provisions and social measures and government policies that concern Cubans be approved through established direct participation mechanisms.

A clear example would have been the recently approved criminal legislation that was not subject to consultation or a referendum, although a mechanism of consulting criteria was enabled on the website of the People’s Supreme Court. The problem here is that criteria are barely heard, there is no established procedure for this type of consultation: its reception, procedural and content computations, linkage with respect to those criteria and the approved legislation. In addition, a digital consultation of criteria does not entail any collective or deliberative construction (building consensus, processing dissent), or at least we do not know what happened to them, leaving citizen opinion as a cry in the void.

On the other hand, the referendum mechanism implies that the support or not is wanted of the citizenry for a systemic legislative body that includes disputes on human rights (HR), but also many other issues that are not directly related to them, as is the case in question of the Family Code in Cuba.

Are we talking about a referendum or a plebiscite?

Plebiscites should always be restricted in terms of human rights, because they deal with a specific issue and I would not advocate directly taking the recognition or protection of human rights, say a legal norm or a public policy, to a plebiscite.

Now, the contradiction in which we find ourselves is in the universal vote that will take place next September on the Code in question, where in the end, the proposed legislation regulates both human rights and the right to decide with whom to form a family (same-sex marriage included), as well as multiple issues related to all population groups, not always linked to human rights.

The referendum solution evidently responded to political agreements between the State and religious groups, subordinating one issue to another: the majority vote of the new Constitution and everything that it entailed over and above the explicit regulation of the figure of same-sex marriage, with the consequence of the consultation and majority vote on the general law.

In view of the above, we should not be afraid of this dispute either, more so when historically these rights have been recognized, protected and demanded because they have been preceded by political and social struggles and not by the logic of the liberal principle “human rights are not taken to plebiscite” which has left such decisions in the hands of parliaments, but above all, of the judiciary.

The preponderant role of the judiciary (in a liberal system) entails dangers, on the one hand, if they are progressive they support, and if not, they can sweep away human rights established for decades, as has just happened in the United States and the Supreme Court decision on women’s right to decide on abortion.

The plebiscite is carried out on specific questions, to carry them out on human rights, as is the case today in countries like Uruguay, would be to submit to the power of the majority decisions that arise in constitutionalism as the sphere of the undecidable, where it should not enter to make decisions, neither private powers, nor citizen majorities, nor public powers. But as I already mentioned, human rights have historically been able to be regulated and defended against violations through social struggles, not under the logic of this principle, and this dispute is what we have on the table today.

What lessons should we highlight from this process?

Today, the pedagogical construction of respect for human rights among the various existing social groups is prevailing, so that more than imposition, legitimacy is generated, hence legality, and the impossibility of their being easily changed.

In societies where the political system established participatory democracy as an operating principle, the contradictions should be exposed in the social heart with debate and deliberation. More than imposing criteria as dogmas, dialogic environments, of arguments, should be channeled, where reason (because diversity does not force anyone), but above all justice (diverse inclusion), is constituted in consensus.

Mechanisms such as consultation must carry with them regulation regarding the process: parties, prior information, deliberations, consensus building, calculation of results and clear establishment of linking criteria.

In order to materialize direct democracy, Cuba must advance a lot in matters of deliberation, where dissent is presented, respected and discussed and, from there, consensus is built, considering participatory-deliberative democracy as the functioning of the political system and as a fundamental element of the public object.

What attention should we pay, in terms of legal culture, regarding the clear plurality of visions that describe the Cuban reality?

In the case of the Family Code, the Cuban State has demonstrated in practice that it is in favor of such secondary legislation, but its obligation in fundamental public affairs is to promote debate among the diversity of existing groups, creating conditions for discussion with spaces for everyone, but above all, generating equilibrium with the balance tilted towards those who are most vulnerable (from not criminalizing their actions and autonomous mobilizing practices to propitiating the material conditions to promote their ideas).

The example is clear regarding issues that are debated in this Law. The State must support the promotion of the ideas of the LGBTIQ+ community against fundamentalist religious groups that are against the recognition of diversity, and that are in better positions of social and economic power in the face of communities of diversity.

It is a fact that the participatory political forms in Cuba, conceived and carried out during the revolutionary process as popular democratic, have been carried out with greater or lesser levels of debate, deliberation and even only as a sum of personal or collective criteria. To make this participatory-deliberative direct democracy feasible, they must change the formalization and fetishization that these popular practices suffer from.

The plurality of criteria with balances towards groups in a situation of vulnerability (to be measured in each case), the construction of consensus on that basis, the processing of dissent, can be one of the ways for Cuban society today, lacerated by economic and social crisis, with current transcendence in the political sphere, to gradually reconcile the differences within it.

Nor should one be naive, there will always be differences and dissatisfactions, as well as external interference that encourages them, and in the face of this, it will have to be placed on the table, with the independence, sovereignty and freedom of the majority of Cuban men and women as a brake.