The pandemic, the environment and Cuba

Will it be possible to inhabit the same world after the coronavirus? What do we have to change? 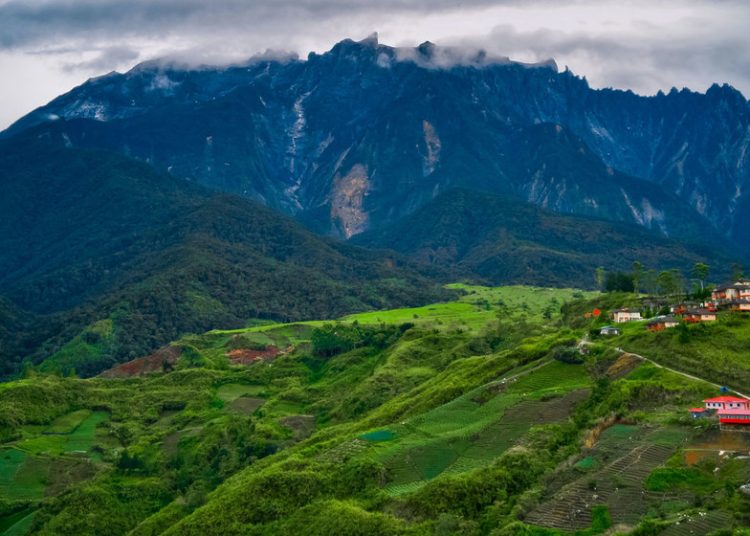 Malaysia is one of the countries with the highest biodiversity in the world. Photo: Noticias ONU

Perhaps it is difficult to find a moment in the history of humanity in which, in such a short time, such an enormous volume of information (and disinformation) has been generated about a problem that affects the entire human species, as what has happened with the COVID-19 pandemic. Nor has humanity faced such an uncertain near future.

In addition to the global health emergency, which has caused hundreds of thousands of deaths and more than 2 million infected people worldwide, this pandemic has put on the political table the unsustainability of the capitalist system worldwide, the paradigm of unlimited growth and the culture of growing consumer.

Suddenly, the reality that we live on a limited planet, with increasingly scarce resources, and that in the biosphere all existence is interconnected, has unquestionably emerged. The zoonotic nature of the COVID-19 itself tells us of the direct transmission of the virus to humans, most likely due to the contact or consumption of wild species and even due to the natural boundaries being displaced and the loss of biodiversity. The fact that it expands globally also alerts us to the profound environmental changes caused by human action and its techno-industrial culture developed on the basis of fossil energy. We have to think about what can happen when, as a result of climate change, the thaws continue and the paleo viruses frozen thousands of years ago are released, in a period too fast for existing species, and especially humans, to adapt to that change. If we add to the above the unsustainability of production systems and value chains (think of stabled livestock, large extensions of monocultures, the application to these systems of agrochemicals, hormones, antivirals and genetic manipulation), we will have an approximate picture of the world that will emerge after the pandemic

This will be a challenge not only for science, which will have to rethink a series of paradigms, but also for world politics that has taken too long to have global agreements to slow down or minimize these processes; hence, one of the elements that should emerge from this experience at the global level is a more direct relationship between science and political decision-making at the country level.

After this pandemic, there will be no “new normal,” another world will have to be built and that construction will be carried out by all, with greater solidarity and conscious citizen participation, or it will be exercised through increasingly more authoritarian mechanisms of power; we can already see these trends in some governments.

The world as we have known it was structured from obtaining cheap fossil energy, which allowed a techno-industrial culture to develop in the last 200 years that led to the emergence of large human concentrations in megacities. The United Nations has predicted that the urban population will increase to 6.7 billion; that is, 68% of humanity by 2050. In that decade, if the current rhythm continues, there will be 43 megacities with more than 10 million inhabitants each, really something unsustainable for the planet. Current and future generations will be forced to rethink their lifestyles or be willing to live in a dystopian world of isolation, in which relationships must be mediated by technology.

The advances in technoscience in the last 20 years already present us with a new ethics, in which each human being is aware of their limits of all kinds.

Genetic engineering, with all its potential, implies the application of the “precautionary principle” for the introduction of each technological advance. We are still unaware of the many effects of new technologies on our health and the global environment, yet we continue to use them too frequently.

Over the past few months we have often seen on social media claims about the short-term “recovery” of natural spaces and wildlife activity in urban areas, dolphins swimming placidly in Venice’s canals, goats visiting Scottish historical sites, wild boars rummaging through the garbage in Paris and Barcelona…. We have been glad that our brothers of other species recover their ancestral spaces even when it was our presence that expelled them; but this is all a fallacy. The processes of environmental deterioration at the planetary level continue, and their resilience, if they can start being reversed, will take years, but we have to start. Just think about these figures: in 2018, the burning of fossil fuels pumped 37.1 billion tons of carbon dioxide into the atmosphere. If we add to this the net carbon emissions caused by soil oxidation and the most vigorous forest fires, we can see why atmospheric concentrations of carbon dioxide reached an all-time high of 415 parts per million in early 2019.

Cuba has a different but contradictory panorama. A poor country, blocked for 60 years by the world’s greatest power and with a frankly deteriorating open economy (it is estimated that its GDP will decrease between 4 and 7% in 2020), with a large debt, without external financing, with a high rate of illiquidity, with a “country risk” like never before, perhaps it is the deepest point of the systemic crisis of its economy. This really places it in a very critical situation, above all due to the enormous supply crisis that threatens to become a food crisis as acute as that of the early 1990s. From the economic point of view, the only alternative is unblocking the mechanisms and to rapidly start applying the agreements contained in the “Guidelines” discussed massively 10 years ago and which inexplicably have not been applied.

I think that all Cubans could agree on the urgency of doing away with obstacles to agricultural production, the inefficiency of this sector and the dreadful methods of administration and management, which contrast with the statistics that show that most of the national food production is generated by small producers, then the assessment still has blank questions. Advancing towards an agriculture with low energy inputs, sustainable management of the soil and crops, rational use of water, that is, organic agriculture will benefit everyone, there are examples and very successful at that.

Cuba has potentialities that must be taken into account from an environmental point of view and that have been gradually implemented. Its energy dependence constitutes an Achilles’ heel for its economy and attempts are being made, with a very successful intensive policy, to decrease it with an accelerated increase in clean energy; the Cuban aquifer stock is limited, but the country has a very intelligent and well-structured water policy.

The development of the Cuban health policy with the pandemic has been successful so far and there is no indication that won’t continue like this; the Cuban experience in the detection and control of epidemics has made it possible to establish mechanisms of local control and primary care that other countries have not been able to implement, just remember that Cuban doctors have participated in the control and treatment of epidemics such as Ebola in Africa and cholera in Haiti, in addition to the epidemics that for decades have been introduced in Cuba by foreign aggressions (swine fever, dengue, etc.). It is possible to think, unlike other countries, that the island will emerge from the pandemic in a relatively short period of time and with minimal impact on its population. For this reason, the greatest complexity will not be precisely the epidemic, but rather the food supply, and in this direction all the nation’s efforts must be applied; I say the nation, and not only the state. For its part, the government must open the floodgates to diverse “productive forces,” the effort is everyone’s.

On June 2, in commemoration of World Environment Day, the director general of the Environment Agency of the Cuban Ministry of Science, Technology and Environment (CITMA) expressed in a television appearance in Holguín a principle that will have to be present in the next designs of Cuban domestic policies, “the interconnection of the natural world with society,” or what is the same as the eco-social relationship of all the elements that make up and determine our environment. The relationship of science and politics must recognize that the Cuban territory is limited and all relationship we establish on it has a finite character and has “a load capacity” that cannot be exceeded. The celebration of June 5 this year is curious, because as always, it is a date in which the environmental work carried out for twelve months by each province and municipality is recognized, but now, in 2020 it will have to be done almost virtually due to the epidemic.

Thinking of Pinar del Río, a province that this year was the best in its environmental work (the parameters established for the evaluation cover all the activities in the province of the different sectors that tend towards environmental sustainability), brings to mind the need to transfer the financing dedicated to the expansion of tourism to the reactivation and development of agriculture. Tourism is recognized in the world as “the smokeless industry,” but it is still an industry, it requires the import of all kinds of inputs, as well as being an eminently extractive activity. Today Cuba has a capacity per rooms that is far from the market demand for the island, the existing statistics do not exceed more than 30% of linear occupancy in the various destinations of the archipelago. If we add to this the globalized nature of tourism (it arises precisely with the development of capitalism in its last phase) and the physical interconnections that are established with visitors, even immunologically, we approach a portrait of an activity that is very profitable but that creates links of dependency on a specific and very fragile world market.

According to the activity’s development plans in the near future, if the developmentalist vision continues to be applied in the tourism sector, Pinar del Río will have a huge megaproject called Punta Colorada, which will cost billions of dollars and will have an impact, undoubtedly, on the marine-coastal ecosystems of the northwest of the province and in the Guanahacabibes and Viñales biosphere reserves.

The COVID-19 epidemic in the world has put the neoliberal capitalist system in check. It will remain to be seen if it is able to resist this onslaught.

For Cuba it means the need and the urgency to consolidate what exists and works well and transform the inefficient, because for Cuba once again the possibility of creating an eco-socialist alternative with citizen participation is opening.

Coronavirus in Cuba: all 18 positive cases reported today are from Havana

Coronavirus in Cuba: all 18 positive cases reported today are from Havana