José Ángel Portal affirmed on the Mesa Redonda television program that recovery in the country should be postponed due to the increase in cases in recent days. 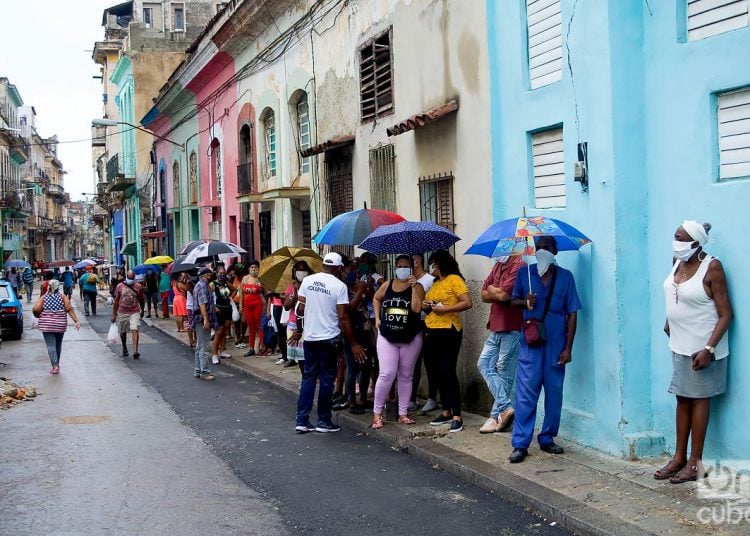 The curve of infections with the SARS-CoV-2 coronavirus in Cuba “has gone a little above the most favorable scenario,” Cuban Minister of Public Health Dr. José Ángel Portal acknowledged this Friday on the Mesa Redonda television program.

The increase in cases in recent days will cause the recovery in the country to be postponed more in the struggle against COVID-19, with a curve of active cases that remains in the limit zone, with the risk of moving to the middle zone, a situation that happens almost at the tip of the epidemic, commented Portal quoted by the Agencia Cubana de Noticias (ACN) news agency.

Although the forecast models indicate that the island maintains the limited local transmission phase, the head of the Ministry of Public Health (MINSAP) explained that this trend has varied with the cases of local transmission that occurred in Havana and Matanzas in recent weeks.

The most recent report on the situation of the coronavirus in Cuba, issued this Saturday, records a total of 40 positive cases, about twenty of them associated with a Cuban merchant ship that arrived through the province of Matanzas.

One of the most important outbreaks recorded in recent days is that of the La Época store, in the municipality of Centro Habana, which caused other transmission events in the AICA laboratories and in the Ministry of Domestic Trade’s National Transportation Company, also in the Cuban capital.

Given these circumstances, Dr. Francisco Durán, national director of epidemiology of the MINSAP, stated days ago that a large part of the cases are occurring in work centers, that “if the measures had been complied with, many of them would not have occurred.”

For his part, Portal insisted this Friday on television that “we cannot allow the irresponsible actions of a few to destroy the sacrifice and hard work of many people,” and explained that responsibility by individuals, the family and institutions must continue for the island to remain in the favorable scenario.

The public health minister stressed that Havana, which registers more than 50% of confirmed cases in the country, continues to show the highest incidence rate in the last 15 days, followed by Matanzas, Artemisa and Ciego de Ávila, the latter with a local transmission event lasting almost 80 days.

Regarding local transmission events, he specified that of the 44 that have been opened on the island, 40 have already been closed, although the context remains complex, still far from a scenario of control of the situation.

Until this Saturday’s report, Cuba reported a total of 2,173 cases with the COVID-19, of them 233 active, a total of 1,137 confirmed asymptomatic cases and 63 with no defined source of infection.

Who’s to blame for the riots?