Despite the fact that the right to protest has legal recognition in Cuba, it has been carried out almost exclusively in cases where the protests are in the interest of the State and the latter provides all the resources for their realization. 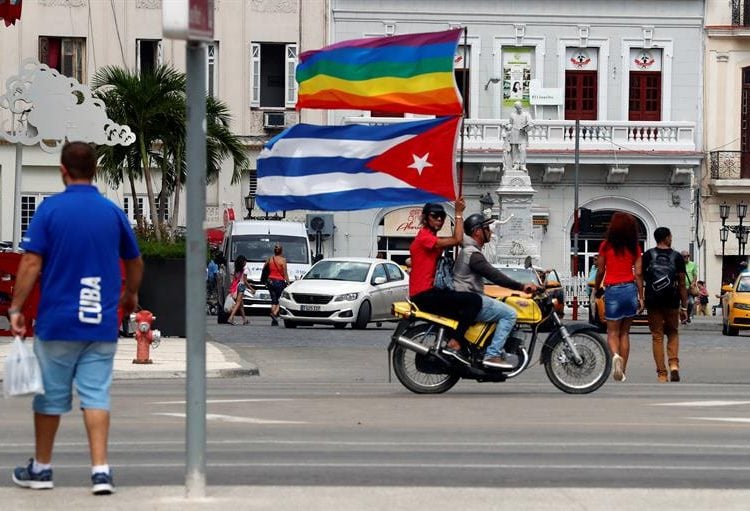 A demonstration against police violence in Cuba was called for June 30, 2020, mainly through social networks. The public reason for this call was the death of young Cuban Hansel Ernesto Hernández Galiano who was shot by a policeman.

This demonstration was not carried out because the Cuban authorities of the Ministry of the Interior detained or prevented possible protesters from leaving their homes. Some people also reported interruption of internet services for several hours.

Despite the fact that the right to protest has legal recognition in Cuba, it has been carried out almost exclusively in cases where the protests are in the interest of the State and the latter provides all the resources for their realization. The exceptions to this rule have been certain religious activities, such as processions and the march against animal abuse on April 7, 2019, authorized by the Plaza de la Revolución municipal government.

Article 56 of the Cuban Constitution recognizes the rights to assembly, demonstration and association, for lawful and peaceful purposes, provided they are exercised with respect for public order and compliance with the requirements established by law. The complementary norm that will develop this constitutional precept will be the decree law on the rights to demonstration and assembly, which is scheduled for approval in September 2020, according to the legislative schedule. It is illegal for the development of this right to be proposed by means of a decree-law, since it violates article 263 of Law No.131/2020 “Law of Organization and Operation of the National Assembly of People’s Power,” which establishes that rights can only be regulated by law and that the Council of State cannot even modify them.1

The same has happened with the right to demonstrate as with the civil and political rights of freedom of religion, of the press, and of expression, which have never had laws complementary to the Constitution, to display their exercise. They only have the constitutional statement and the penal norms that typify the crimes that prevent their exercise or the abuse of the latter. Therefore, the entire universe of aspects through which the right is specified, formalities such as obtaining licenses, limitations of this right, recourses in case of denial, rights and duties of the protesters, among others, lacks legal support.

In the case of the right to demonstrate, the Penal Code (amended Law No. 62 of 1987) establishes in article 209 sanctions of one to three months or a fine of up to 100 fees for those who participate in meetings or demonstrations held in violation of the provisions that regulate the exercise of these rights. The second section of the aforementioned article provides that the organizers of unlawful meetings or demonstrations incur a penalty of a prison term of three months to one year or a fine of 100 to 300 fees. On the other hand, article 292 offers criminal protection for the exercise of the right to demonstrate, with penalties of prison terms of three months to one year or a fine of 100 to 300 fees or both to whoever, in violation of legal provisions, prevents the holding of a lawful meeting or demonstration or that a person attends them. Both assumptions are a clear example of what in criminal law is known as “blank criminal laws,” since they refer to other legislation to determine if there was a crime or not. As I mentioned earlier, there is no law in Cuba that develops and regulates the right to demonstrate. Therefore, both articles become inapplicable or applicable at will by the executors of the legal norm.

The march against animal abuse on April 7, 2019, for example, was authorized by the vice president of the Administration Council of the Plaza de la Revolución municipality. In the text of the aforementioned authorization, no legal provision is mentioned that empowers him to make that decision.

Forty-four years have passed without a law that mentions how the procedure is to carry out a demonstration and that the latter not be illegal, that establishes the authorities empowered to make the decision, regulate the limits in the exercise of this right and the rest of the necessary aspects. This has been a fairly long period, which will finally be interrupted if, as planned, in September of this year the decree-law on the rights to demonstration and assembly is approved.

In the absence of legal regulation, decisions about which demonstration to allow and how to allow it have been completely political and have depended on the discretion of the officials who make them.

The Cuban government’s treatment of the intentions of the demonstration of all these groups that, for various reasons and at different times, have considered it appropriate to express their protest or disagreement, has been to affirm that they respond to the interests of a foreign power that finances them and that their objective is to provoke a regime change in Cuba; and although it could often be true, it not always is so, fortunately for a complex and diverse civil society.

The United States government maintains a sanctions regime against Cuba contrary to international law and condemned by the international community since 1992. Its domestic laws, with a marked extraterritorial nature, are projected to define the process of regime change in our country and allocate millions of dollars a year for it.

In order to guarantee the rule of the majority, it is necessary that the legitimate forms the Cuban government has to defend itself against these aggressions be defined and available to all recipients, how nuances can be established in the different opposition groups, and among those, not aimed at a regime change, disagree with certain policies, protest against specific events or call to demand certain claims.

The existence of a wide range of alternative media, of a diverse civil society that includes animal advocates, LGBTQ+ groups, fighters for gender and racial equality, among others; together with movements or groups contrary to the current constitutional regime, are an objective reality. The Cuban State needs to redefine itself in the way it relates to this complex universe. At present, the control mechanisms of a State in the style of real socialism are impractical. In the process of readapting to the new demands of modern, participatory and diverse society, much is at stake, including the very existence of a viable, democratic and inclusive model of socialism.

The action of the organs of the Ministry of the Interior in this and other cases should not be to prevent people from leaving their homes. This type of action is not recognized in any law in Cuba; on the contrary, it constitutes one or more crimes, such as imprisonment, provided for in article 279 of the Penal Code.

Nor is it legal in Cuba to be detained for the mere fact of having information or thinking that you are going to participate in a demonstration or other activity. People can be detained when they are committing a red-handed crime, are in the tentative phase or in the preparatory phase, according to the Penal Code, or when there is a report against them.

The implementation of an effective rule of the majority in Cuba is still very far from our reality. Many essential laws are missing and many of those that exist are outdated and do not respond to the most advanced in terms of human rights at the international level.

Beyond all the circumstances surrounding the events that prompted me to write these lines, I firmly believe that it is legitimate that in Cuba people can express their opinion that racism is a problem that affects Cuban society, American society or any society; that they oppose some inhuman war in some remote place of this world or some abusive or unacceptably unjust action on any continent. Even in the country that is intended to be built among all.

1 “The Council of State with exceptional character, by means of decree-laws can modify the laws, except those referring to rights, duties and constitutional guarantees or to the integration and operation of the superior organs of the State” (art. 63, Law No. 131/2020)