The notification was sent to UN Secretary General Antonio Guterres, and will take effect in a year. 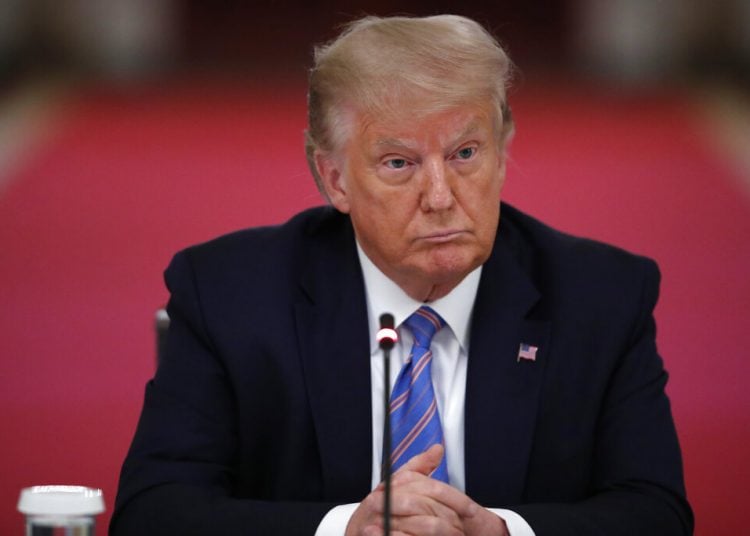 The administration of President Donald Trump formally notified the United Nations of its withdrawal from the World Health Organization (WHO), although the withdrawal will not take effect until next year, which means that it could be rescinded by a new government or if circumstances were to change.

The withdrawal notice, delivered this Monday, follows Trump’s promise made in late May to end the United States’ participation in the WHO, which he has criticized for its response to the coronavirus pandemic and for “bowing to China’s influence.” The decision was immediately criticized by health officials and opponents of the Trump government.

The notification was sent to UN Secretary General Antonio Guterres, and will take effect in a year, on July 6, 2021, the State Department and the UN reported this Tuesday.

Guterres, as depositary of the WHO’s 1946 constitution, “is in the process of verifying with the World Health Organization whether all the conditions for such a withdrawal are met,” said his spokesman Stephane Dujarric.

In late May, less than two weeks after warning the WHO that it had 30 days to reform or lose U.S. support, Trump announced that he would withdraw the country from the organization due to what he said was its inadequate response to the initial outbreak of coronavirus in the Chinese province of Wuhan at the end of last year.

During a White House announcement, the president said that Chinese authorities “ignored” their obligations to report to the WHO and pressured the agency to mislead the public about an outbreak that to date has killed more than 130,000 Americans.

At the time, Trump said the United States specified the reforms that must be implemented and that it had participated directly with the organization, but that it had refused to act, and he added that because it had not carried out the requested and much-needed reforms, they were ending the relationship.

The withdrawal notification was widely criticized as erroneous, and it is sure to undermine a major institution leading efforts to develop a vaccine and drug trials to address the coronavirus pandemic.