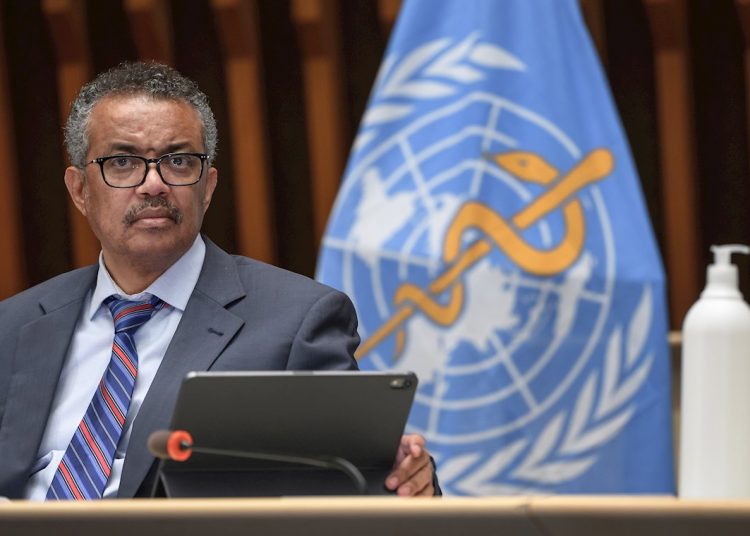 The director general of the World Health Organization (WHO), Tedros Adhanom Ghebreyesus, announced today the creation of an independent commission to review the organization’s performance during the current pandemic. The announcement comes two days after the U.S. notified its withdrawal from the body because of what it considers to be alleged malpractice.

"The #COVID19 pandemic is a test of global solidarity and global leadership. The virus thrives on division but is thwarted when we unite"-@DrTedros

Tedros, who proposed a meeting of the WHO Executive Committee in September to discuss the panel’s progress, said that it was time to reflect on what the organization had done and to look for new ways to collaborate.

Led by Clark and Johnson Sirleaf, along with other policy makers and experts they select, the panel will seek to understand what happened, give honest advice and help see what can be done to prevent the current tragedy from happening again in the future, indicated the Ethiopian epidemiologist.

The two co-chairs declared after the announcement that the entrusted work constitutes “a complex challenge,” in which, in the words of the Liberian, “they will do everything possible to respond, in order to stay united and face the effects of COVID-19.”

The WHO had already approved at its last general assembly in May that an “impartial, independent and complete” review of its management in the pandemic be carried out, although it had not specified how or when it would begin.

Tedros said today that the panel’s results “will not be left on a shelf to be filled with dust” but will be carefully analyzed, and suggested that its final report be officially presented at the next WHO annual meeting in May 2021.

“We are ready for honest reflection, to learn lessons,” he said, adding that “the magnitude of the pandemic clearly deserves serious evaluation.”

The head of the WHO did not mention the United States in his speech, but faced by criticism from Washington for the agency’s alleged negligence, he argued that the experts of the agency “have worked tirelessly to coordinate the global response.”

He also reiterated that the coronavirus “is taking advantage of our divisions,” which is why he appealed to unity and global solidarity.

Tedros recalled that COVID-19 cases now exceed 11.8 million, with more than 544,000 deaths, and acknowledged that “in much of the world the pandemic is still not under control.”

On Tuesday, July 7, the White House notified the WHO that it was beginning the process to withdraw the United States from the body, a step that would take effect on July 6, 2021, so it would be conditioned on President Donald Trump’s reelection.

In April, Trump already announced a temporary freeze on the funds that the United States contributes to the WHO, accusing the institution of being “biased” in favor of China and of having mismanaged the health emergency of COVID-19.

Until now, the United States was the largest donor to WHO. It contributed between 400 and 500 million dollars a year, approximately 15% of the organization’s total budget.

Cuba adds 10 new cases of coronavirus, all from Havana