The mistake in the spelling of a word on the RAE account forced Cuban users to refute, bringing back the doubt regarding the way in which certain words are repeated in their daily use. 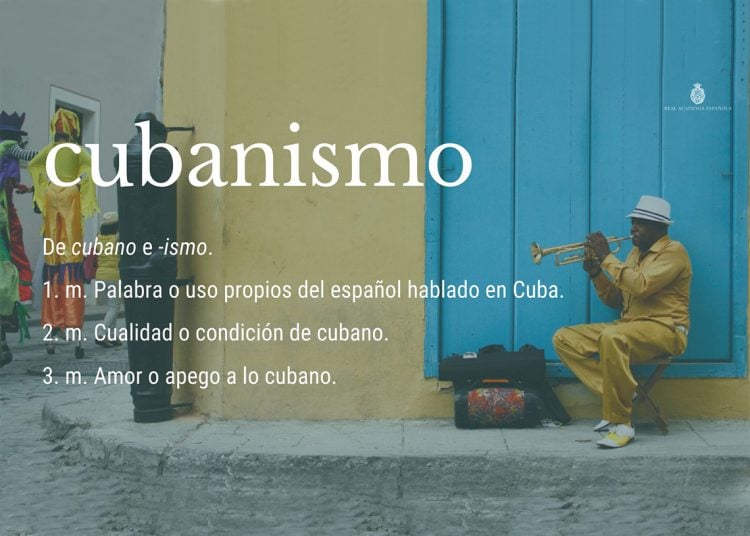 The Twitter account of the Royal Spanish Academy of the Language (RAEinforma) invited a few days ago to remember words typical of Cubans, starting precisely with the term “Cubanism” presented as their word of the day.

With the initiative, three words, taken from the “Dictionary of Americanisms”, served as a base to stimulate its almost two million readers, and among them, the many Cubans who follow it. Then we saw written: “guachinear” (which in all truth I haven’t heard much), “balita de gas” (a liquefied gas cylinder and a common word for any Cuban), “acere” (sic), and “erro” (idem).

The “erro,” which I don’t think I’ve heard either, happened without the greatest importance; just like that of “guachinear” and “balita de gas”; But the “acere” provoked a barrage of criteria, jokes and even some rude remarks; there were so many that those who administer the account may have been frustrated with the vehemence of the defenders of the S.

At the insistence of Cuban users, who warned that “asere,” that phrase-greeting so frequently used and extended on the island, is always spelled with “S,” the RAE spokespersons did not even have one of those great options they usually have on occasions to put an end to discussions or comments such as those that filled the proposal.

The most that RAEinforma could claim for the avalanche of the demanding Cubans and somehow give them an answer until it saw that it was useless to do so, was to explain that “the academic dictionary of Americanisms records the two spellings, both documented in use, although with a preference for “acere”: “Don’t get like that, asere” (Zoé Valdés); “Well, acere, that’s up to you, starve to death in Havana” (Juan Pedro Gutiérrez).

Well, the mistake then belongs to Juan Pedro, one of them said.… But, it’s not Juan Pedro, RAE! another one complained ironically: that it’s Pedro Juan’s, and that he must have spelled it wrong himself. And so it went on and on.

The “aseres” withered the RAEinforma labeling the Institution, among other terms, and in a display of extreme nationalism, as colonialist; and in this way, the initiative was at the mercy of the commentators, who continued to contribute common words to Cubans such as “la pincha” and “el tibiritabara,” “consorte,” “miroldo,” “almendrón,” “chapear”…

But the RAE did not say a word when faced with the sustained mockery and the insistence that “asere” only has one spelling, although the Dictionary of the Language itself does not include either of the two.

And the issue here is not the origin of the word—we have Argelio Santiesteban’s column for that—but the intention of remembering that the problem of the S in “asere” brought about another one that, although in reverse, occurred when we wrote “seiba” once, alluding to the title of a Cuban writer whose intelligence some questioned precisely because of that.

Due to the widespread use of the word that defines those powerful trees that in some areas of Cuba function as a temple for the orishas, ​​it is spelled with a C, but that C only repeats a mistake noticed many years ago by Cuban naturalist Tranquilino Santalio de Noda.

In his “Memorias de la Sociedad Económica, Noticias históricas, geográficas y estadísticas del Marien” (1847), Santalio de Noda explained that the mistake comes from Jesuit father José de Acosta and his Historia Natural y Moral de las Indias, where the word was poorly written until it was registered by the RAE.

Ceiba, however, is a marine plant, an alga, warns the wise sir from Artemisa, while pointing out that seiba, with S, was the way the Siboney indians called the tree.

It would be fruitful if for the next time the word of the day on the RAE account is once again a Cubanism, and even better if it chooses Seiba so that, with it, it can give way to another discussion, heated or whatever, because anyway It will be useful to clarify and make our issues visible.