The majority of COVID-19 cases (770) are due to the autochthonous transmission of the virus and 742 of them are related to confirmed cases, according to the report issued this Friday by the Ministry of Public Health. 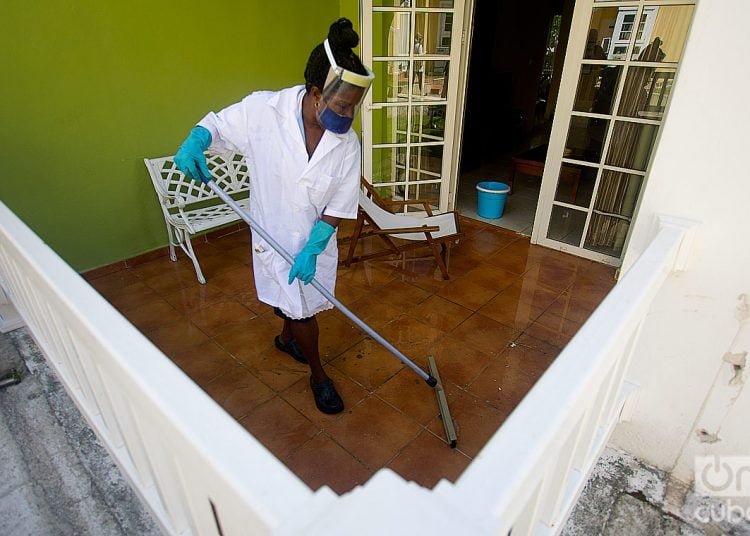 With a greater number of hospitalized patients and an increase in the number of suspects, during the fourth day of March, the SARS-CoV-2 virus left 777 new infections in Cuba and five deaths.

The majority of COVID-19 cases (770) are due to the autochthonous transmission of the virus and 742 of them are related to confirmed cases, according to the report issued this Friday by the Ministry of Public Health (MINSAP).

Havana registered the highest amount of cases (333 between autochthonous and imported), followed by Mayabeque (65), Granma (60), Pinar del Río (50), Camagüey (44) and Sancti Spíritus (43). The territories that reported the least cases were Matanzas (six) and Las Tunas (two).

The deceased, with whom the pandemic adds 341 deaths on the island, were reported from the provinces of Havana, Sancti Spíritus, Artemisa and Villa Clara: four men and one woman, aged between 74 and 96 years.

Seven international travelers were diagnosed after processing 18,036 tests, according to the MINSAP.

The countries from which they came: Spain, Russia, and the United States. Also, four foreigners were diagnosed on the day.

Those under some type of surveillance in hospitals or care centers amounted to 21,552 until midnight on Thursday, and the suspects numbered 3,816.

A total of 61 patients were in intensive care, 30 in critical condition and 31 in serious condition. Among them, one under 20 years of age stands out, an age group of which 112 cases were reported today, and a 101-year-old man from Pinar del Río.

With the day’s 796 discharges, 49,137 patients have already recovered from the pandemic in Cuba.

Today, according to information from the MINSAP, 46.2% of those diagnosed were asymptomatic.