So far this fiscal year, the coast guard has apprehended 291 Cuban immigrants who wanted to enter the United States. 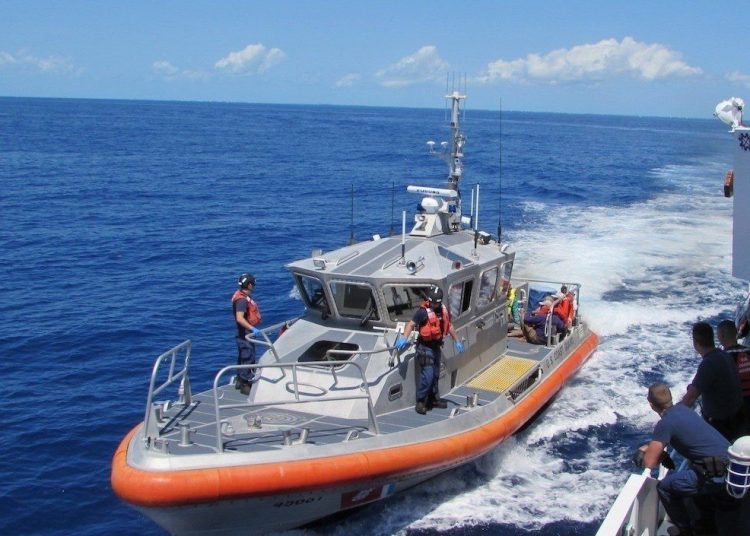 The United States Coast Guard intercepted a boat with 10 Cubans and two suspected smugglers about 20 kilometers off the coast of the Cuban province of Villa Clara, reported this Saturday the department’s seventh district.

The interception occurred last week, after the coast guard base in Miami was alerted about a boat around nine meters long in the vicinity of Villa Clara, after which it sent a plane that discovered the boat with 12 people on board, 10 men and two women.

Subsequently, the Raymond Evans coast guard vessel intercepted the boat and repatriated the 10 Cubans to their country of origin, while the two persons suspected of human trafficking were placed in the custody of the federal office of the National Security Investigations Division.

So far this fiscal year, which began on October 1, 2018 and ended on September 30, the coast guard has apprehended 291 Cuban immigrants who wanted to enter the U.S., according to the department’s data.

During fiscal year 2018, which ended on September 30, a total of 384 Cubans was intercepted.

Although after the elimination of the “wet foot/dry foot” policy there was a decrease in the interception of Cuban rafters, since the last quarter of 2018 there has been an increase, although still not reaching the figures of previous periods.

In April, several groups of Cuban migrants were intercepted by the U.S. Coast Guard, while another six reached an island in the Honduran Caribbean, with symptoms of dehydration and lack of food.