The president acknowledged in a government meeting that the introduction of foreign capital in agriculture and the food industry "has been slow." 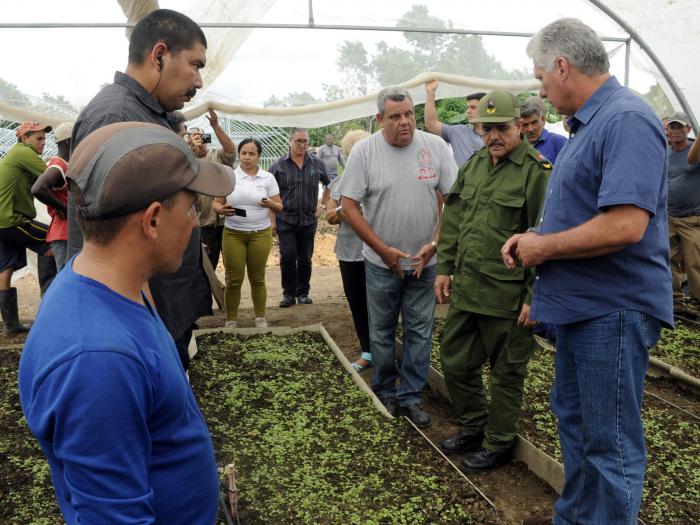 Cuban President Miguel Díaz-Canel insisted on the importance of foreign investment and urged to “continue strengthening” its presence in “all key sectors of the Cuban economy.”

The president acknowledged at a government meeting that the introduction of foreign capital in agriculture and the food industry “has been slow,” although he said the situation “has been changing in recent times,” according to the Cubadebate website.

However, he urged the leaders of these sectors, “at all levels,” to “be more proactive and dynamic in the realization of businesses.”

At the meeting, new joint ventures were announced, such as Tropical Contramaestre S.A. for the production and processing of fruits and vegetables, for tourism, the domestic market and to export.

Also on the negotiation of investment projects, including one in the Mariel Special Development Zone, for the production of chicken and pork, two of the products most demanded by Cubans today and which are in short supply.

These projects, according to the authorities of the Ministry of Agriculture, will contribute “to replace imports” and to stabilize their presence in the island’s markets.

Regarding the Food Industry, the investment process focuses on the production of products such as coffee, crackers, pasta and yeast production, which will increase up to 3,000 tons per year.

Since taking office, Díaz-Canel has called for boosting foreign investment on the island, which he considers a “priority” and one of the “most feasible” ways for economic growth. As a “good example” in this direction, he has highlighted investment in tourism.

The president’s new exhortation comes at a time when the government of the United States approved the activation of Title III of the Helms-Burton Act, which allows filing lawsuits against firms that operate with properties confiscated by the revolutionary government and is a mechanism of pressure on foreign investors in Cuba.

Given this measure, the Cuban authorities have assured that they will apply “all legal guarantees” to protect the business of foreign companies on the island.

In recent years, Havana has intensified the search for foreign capital to strengthen its deteriorating finances. Cuba requires about 2.5 billion dollars of annual foreign investment to sustain its economy, affected by the crisis in Venezuela, the recent measures of the Trump administration and domestic inefficiency.