I keep asking myself what part of the film we missed when the synonym of success and social and professional mobility continues with the GPS pointing to the North. 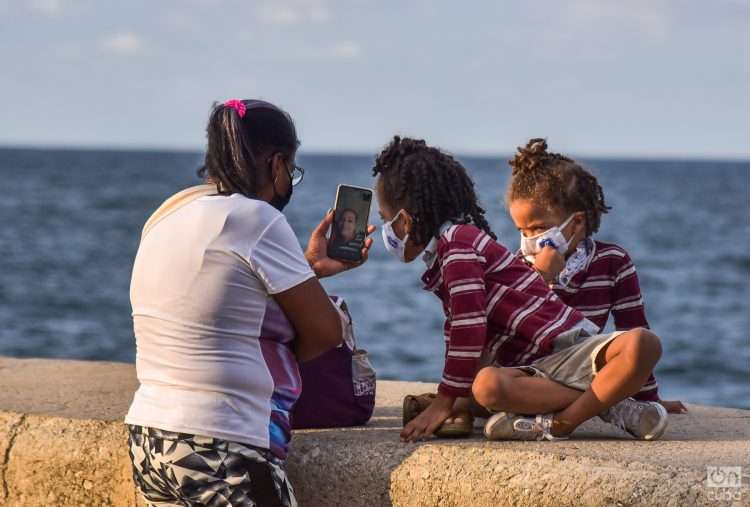 Today my son has left me speechless. He has called me, with that affection and honesty that only you can find in a 9-year-old boy, to refute his friends’ idea that “I’m not in in the Yuma” that I’m just “in Brazil.” My pedagogical experience, doctorate and other qualifications have been of no use in formulating an answer. Finally, I have chosen to smile and ask them, with the same candor: and which one is the Yuma? and to then tell my little one: Forget that, honey! while his faulty connection interrupted the hug I wanted to give him when we said goodbye.

I’m still on my Brazilian bus, not on the 3:10 pm train that takes me to Yuma, and I’m thinking about how much of the conscious and everyday imagination is articulated in that childish questioning. I imagine my kid trying to position me as a successful dad because I’m abroad and go on making jokes (which today they call bullying): Uhuu, your dad isn’t in Yumaa, uhuu! I smile, thinking of my little boy’s face of disbelief and offense, trying to show that his father has something to do with the Yuma, or with being a Yuma, for them what is Yuma has a special meaning in their mental constructions that they reflect in the socialization games.

And the truth, perhaps to the disappointment of my child and not a few adults, Brazil has nothing to do geographically with Yuma, a city located in the state of Arizona. I am almost 9,000 kilometers from that place where several old western movies were immortalized. The last movie I remember is 3:10 to Yuma from 2007 starring Russell Crowe and Christian Bale, a remake of the famous film of the same name from 1957. But what 9-year-old Cuban boy, living in a semi-rural area, can make out some sense for his childhood relationships knowing where Yuma is or how many westerns were filmed there.

For some, the Yuma, has had an almost mystical connotation since a long time ago, because it implies the aspiration to have something that one does not have. I can remember the legend of going to the Yuma more than 30 years ago, when I was my son’s age, and the Berlin Wall, Russian canned meat and cartoons still existed. The attraction to the unruly and brutal North has been so constant in Cuban social history that even the young Martí felt tempted to establish U.S. society as a civilizational paragon.

Altruistic interests in the exchange with the Yuma lead Federico Fernández Cavada to fight in the armies of the anti-slavery North and then bring Henry Reeve “El Inglesito” to Cuba in 1868. Funds for the War of 1995 were raised in some Yuma cigar factories and almost two million Cubans today live, suffer and get ahead as best they can in the promised Yuma.

My uncle A died wanting to go to the Yuma, and my uncle P already lived in the cold streets of the Yuma. Almost half of my family on my father’s side lives in the Yuma. There are fewer of my family on the mother’s side, perhaps because they are blacker, were always poorer and with less cultural capital. Now I know that this influences to emigrate to the Yuma, except for the “Marielitos” of the 1980s because the social sanitization of the moment encouraged blacks, crazy people, gays, marginalized, misfits and “gusanos” to look for “gold” in the wild west, far from the socialist paradise of loaves of bread and fishes. A good part of that contingent had serious setbacks in the Yuma and continued to be misfits.

But, what is the use of explaining all that to my son; I’m writing and the stories already get tangled up, they gain logic and lose importance. I know that reasoning is not always the most important thing, and even less so when thinking can be a daily challenge. But I insist on wondering what part of the movie we missed when the synonym of success and social and professional mobility continues with the GPS pointing to the North. Actually, that sociological theory of center-periphery that academics talk so much about is very well internalized in the Cuban social and political reality. The enemies are to the North, young people want to emigrate to the North, remittances come from the North, Cuban emigrants are to the North.

“Politics doesn’t fit in the sugar bowl,” Carlos Varela would say; nor does it fit in children’s games, in the extracurricular joking that builds identity, interests, expectations and future motivations. The expectation of seeing me and being seen in the Yuma of Miami, in Madrid or in Brasilia continues to be inconsequential for me, the only difference — for many substantial — is that there they pay in dollars, there in euros and here, where I am, in reais, which are worth five times less. But I am still an archaic social misfit, I have been so in Cuba and I continue to be so in the diaspora, in this non-place that I have today.

This is why I would like to tell my son that there is no money, no success, that can cure the longing of being away from him for three years, that I would change a place in any promised land to have him within reach of my arms, my kisses and my care. That the train of my deepest wishes continues to be oriented towards believing in the possibility of an inclusive Cuba, of opportunities, where migrating for him is a choice and not the imperative of the present and the future. Where his children’s game has more pleasant themes than discerning which is the best place where parents should be, away from their children, and from others who love them.