The facility is renamed Royalton Habana and will be the first in the capital included in the Royalton Luxury Resorts portfolio, operated by the renowned Blue Diamond Resorts hotel group. 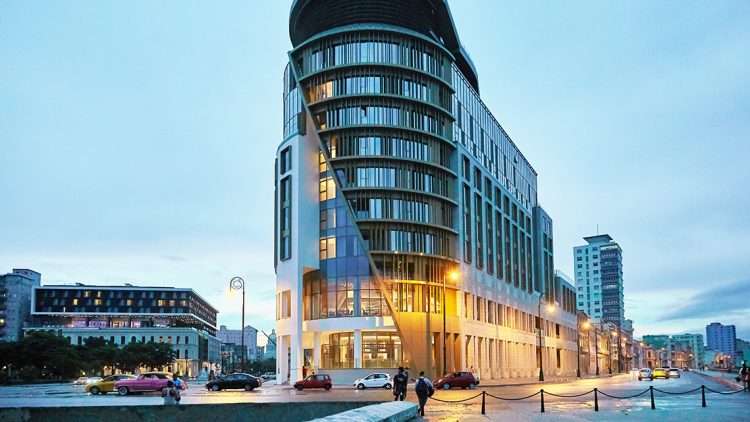 The Blue Diamond Resorts hotel group, one of the most important in the Caribbean, announced that as of August 1 it will begin operations at the Royalton Habana Hotel, until now named Paseo del Prado, a luxury Havana property that stands out for its location, according to official media on the island.

In a press release reported on by the Agencia Cubana de Noticias (ACN) news agency, the company explained that the initiative responds to its continuous efforts to strengthen and expand its portfolio in the region.

In addition, it pointed out that although it is not the only one operated by the group in Havana, the aforementioned hotel, located right at the entrance to the capital’s bay, will be the first in the city included in the Royalton Luxury Resorts portfolio promoted by Blue Diamond.

“Royalton Habana will allow us to evolve in city tourism with a hotel focused on luxury with which we will be able to make our clients enjoy great experiences. We are convinced that it will become a benchmark hotel, both for Blue Diamond Resorts Cuba and for the region,” Mohamad Fawzi, general director of Blue Diamond Resorts Cuba, was quoted as saying.

“With 250 rooms, three restaurants, bars and the rooftop infinity pool that overlooks the bay of Havana, the Royalton Habana is now a privileged hotel due to its location and excellent views, and it will allow customers to enjoy exclusive amenities that will make it the ideal place for all kinds of demanding travelers,” said the note released by the company.

According to the source, during the International Tourism Fair (FitCuba) held in Varadero last May, Blue Diamond Resorts Cuba had announced that it will exclusively manage the tourist area of ​​Cayo Largo del Sur.

The group dedicated to the leisure industry is consolidated throughout the Caribbean as the fastest growing, now having 36 properties in its portfolio and more than 10,000 rooms in the region, the report pointed out.

Blue Diamond’s announcement is inserted in the actions being carried out by the Cuban authorities with the aim of reactivating tourism on the island, strongly affected by the COVID-19 pandemic.

Since the government headed by Miguel Díaz-Canel decided last November to end the border closure, several hotel companies, tour operators and international airlines began to reactivate their operations in Cuba, and in some cases to increase them.

The highest Cuban tourism authorities expect that, despite the limitations, the arrival of tourists to the island will close this year at 2.5 million, a figure that would confirm a revival of the sector that has emerged as the second entry of foreign currency to the battered Cuban economy.

The hopes of the Cuban government rest on the recovery of tourism to cushion the effects of a deep and prolonged economic crisis, exacerbated by the impact of the new coronavirus pandemic, the U.S. embargo and the scant effect of many measures taken to overcome this difficult situation.