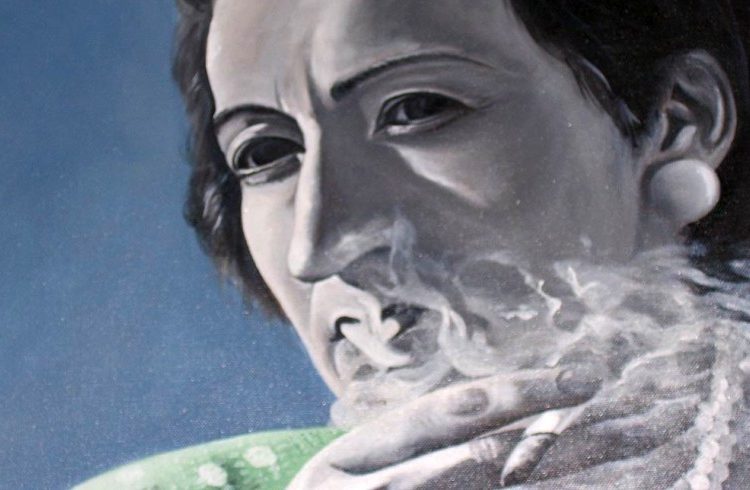 The famous Cuban-origin writer Alba de Céspedes, granddaughter of the Father of the Nation, was born in the city of Rome on March 11, 1911. Carlos Manuel de Céspedes y Quesada had come to the Italian capital as the first ambassador of the Republic of Cuba in the European country a couple of years before,. There, Céspedes y Quesada, who during the political turmoil of the thirties briefly assumed the presidency of the Cuban Republic, met Laura Bertini, a beautiful Italian who would be his all life couple-a love story then narrated by his daughter.

Alba de Céspedes left her mark on the Italian art scene by her commitment to the creation, literary criticism and research. Published by Mondadori, her narrative work matured mainly in the fifties, and her most recognized titles include Quaderno proibito, feminist novel dealing with neorealism of Italian postwar. She also was a woman of strong political and personal convictions; from whose different facets we can highlight her participation in the Italian Resistance through the presentation in 1943 of the radio show Italia lucha (Italy fights), as well as collaboration in the literacy campaign in southern Italy in the late sixties.

The writer maintained a deep emotional attachment to Cuba, which after the revolutionary victory in 1959 became a political compromise. In 1968 she participated in the Cultural Congress of Havana, an unprecedented event in the country that hosted prestigious intellectuals worldwide. It is really memorable among Cubans her speech at La Demajagua when marking the centenary of the start of the independence struggles that her own grandfather, Carlos Manuel de Céspedes, had proclaimed. In Cuba she also cultivated friendship with some personalities of the island: since childhood she had met Celia Sánchez, who would host her in the sixties and introduced her to the leading figures of government and culture. It was precisely through Celia that the novelist established a genuine friendship with the historian Nydia Sarabia, who will always be a necessary mention within the link of the intellectual with Cuba.

Her passion for the island was also poured into writing, and was reflected in a comprehensive and ambitious textual project in which she was focused for many decades until her death; a book that she could not finish, the fictionalized story of her own origins that would be the novel of the Cuban nation. The work of the Italian researcher Monica Cristina Storini allowed to present in 2011, a hundred years since the birth of the writer, fragments of the work hitherto unpublished, Con grande amore. This text was inserted into the volume Romanzi by Alba de Céspedes, curated by Marina Zancan for the collection I Meridiani de Mondadori. The following year the tribute was repeated on Cuban soil, when the incomplete work of Alba de Céspedes was translated into Spanish by Mayerin Bello for Ediciones Union and featured in its edition the collaboration of Luisa Campuzano.

On the occasion of her visit to the island in 1968, the novelist told Granma newspaper: “As writer I express myself in one language; but I am very happy to combine these two things: being Italian writer and also Cuban. Italy and Cuba are similar in many ways, both suffered foreign domination and the spirit of their people is very similar. ”

However, beyond the Latin precedent and common sentiments that have historically involved both nations, Alba de Céspedes is today one of the names that bring together Italy and Cuba in the cultural dimension.

Two Cuban nominated to the Latin Song Hall of Fame

Cuba and the US, face to face again