The expansion of COVID-19 has not yet generated a significant impact in Cuba. The government will announce a series of measures this evening on the Mesa Redonda television program. 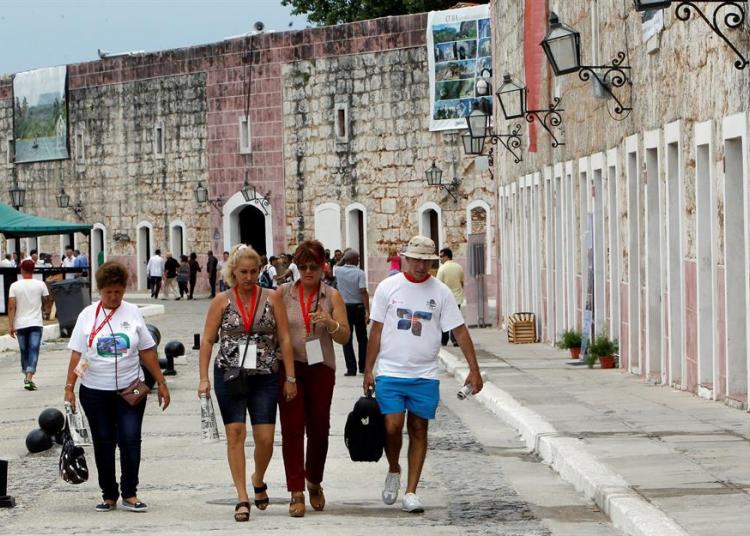 FitCuba is the largest exhibition and promotional fair for the leisure industry on the island, attended by businesspeople, representatives of travel agencies, tour operators, airlines, suppliers and other tourism-related companies. Photo: EFE / Ernesto Mastrascusa / Archive

The 40th International Tourism Fair of Cuba (FitCuba), scheduled May 4-9, was postponed due to the SARS CoV-2 coronavirus, its organizers reported.

The note released by the Ministry of Tourism (MINTUR) this Thursday announced the postponement of the country’s tourism industry main fair until a new date, which “will be given in a timely manner.”

For this edition of FitCuba, dedicated to Russia as the guest of honor country, the chosen venue was the western beach resort of Varadero.

The event would be focused on the sun and beach modality, the star product of the Caribbean nation, renowned for its tropical climate and the beauty of its coasts.

FitCuba is the largest exhibition and promotional fair for the leisure industry on the island, attended by businesspeople, representatives of travel agencies, tour operators, airlines, suppliers and other tourism-related companies.

The expansion of COVID-19, which has become an international pandemic, has not yet generated a significant impact in Cuba. In fact, the government announced a series of measures, but will make them known this evening on the Mesa Redonda television program.

So far, the health authorities have registered 16 cases―all imported.

Meanwhile, a 70-year-old Italian citizen from Lombardy has been held at the Villa El Cocal Isolation Center in Holguín and a 34-year-old Spanish citizen from Madrid remains in the IPK Institute of Tropical Medicine.

An 81-year-old Canadian, who arrived from Montreal, Canada, is also in the IPK.

The Cuban government has also adopted a series of measures to prevent and deal with the coronavirus, some of them in the island’s ports and air terminals, but for the moment it is keeping its borders open under the criterion that it is safe to continue receiving tourists because an epidemiological monitoring and control of all arriving travelers is carried out.

However, Ministry of Public Health (MINSAP) authorities said this Thursday that the introduction of new control measures for the arrival of people from endangered areas is being analyzed, due to the high number of infections of the coronavirus that causes the disease known as COVID-19.

In this sense, although they did not specify details of the new provisions that will come into force, they stated that the first task is to strengthen border international control and of travelers once they are inside the island.

TOURISM, A VITAL SOURCE OF INCOME

Tourism is Cuba’s second source of income after the sale of professional services abroad, which contributes 10% to the gross domestic product (GDP) and generates approximately half a million jobs.

For this year, Cuba has set itself the goal of receiving 4.5 million international visitors and reversing the 9.3 percent drop it reported in 2019, when 4,275,558 million tourists traveled to the country, 436,352 fewer than in 2018, according to data from MINTUR.

That figure contrasts with the arrival of foreign travelers records it broke in 2016 and 2017, when 4.5 and more than 4.6 million foreign visitors arrived, respectively. (EFE, OnCuba)