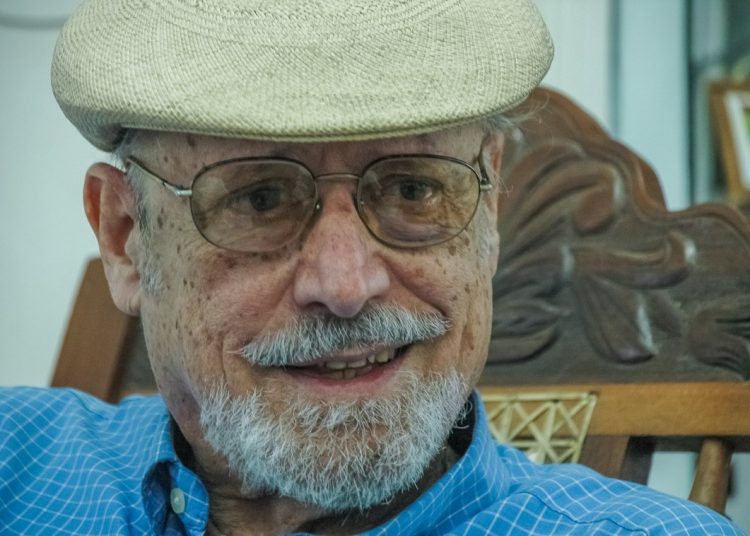 Poet, professor and essayist Roberto Fernández Retamar (1930) died this Saturday in Havana at the age of 89.

A statement by Casa de Las Américas, an institution he directed since 1986, affirms that according to his family’s decision, his body will be cremated and his ashes thrown into the sea.

Retamar is one of the great Cuban intellectuals of the generation of the 1950s. He stood out as a poet and essayist.

Born in La Víbora, in 1948 he abandoned his studies in architecture to enter philosophy and literature. In 1952 he won the National Poetry Prize with his book Patrias. In 1954 he obtained his doctorate and passed his competitive examination for the post of Chair of Linguistics at the University of Havana. Then he studied at the Sorbonne (1955) and the University of London (1956).

Invited by Yale University to give a course on Spanish-American literature, he was a student of René Welleck. He returned to Cuba after the triumph of the Revolution and started teaching at the School of Arts and Letters of the University of Havana. In 1960 he was appointed Cultural Counselor in Paris.

He received numerous orders, awards and decorations, including the Felix Varela Order, the National Prize for Literature, the Alejo Carpentier Medal, the Juan Marinello Order and the José Martí Order, as well as the title of Doctor Honoris Causa of the University of Buenos Aires, Argentina.

Cuba has more than 100,000 active doctors, according to minister