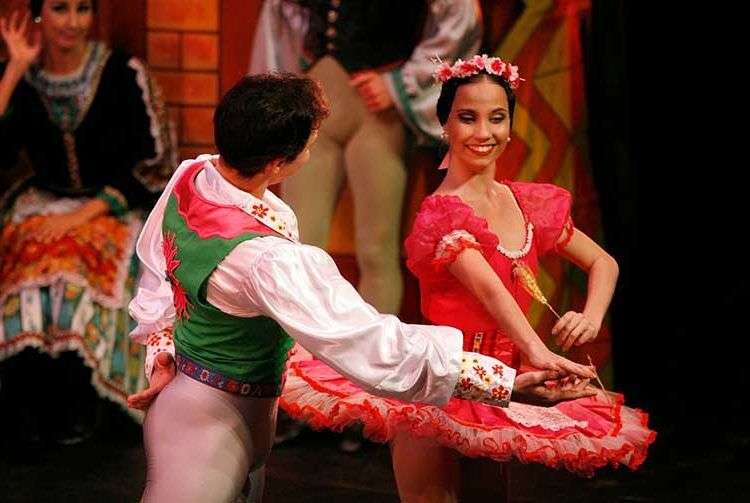 After a nap of almost a decade, Grettel Morejon´s Sleeping Beauty awakens during these days thanks to an invitation of Sofia Ballet, from Bulgaria. The personal story of this leading dancer with the National Ballet of Cuba (BNC by its Spanish acronym) has indissoluble ties with Princess Aurora of the universal tale by Charles Perrault, successfully translated into dance in 1890 by another Frenchman, Marius Petipa.

For the young woman who grew up in Havana during a period called “Special” by numerous material shortages, life has not been a fairy tale but her art school masters saw in her a princess from the early years and decided she would play Aurora until graduation day.

As every student of the National School of Ballet, Grettel rehearsed and played several characters, but none of them outnumbered the Aurora of The Sleeping Beauty. Those who knew the artist at that stage still associated her with the pas de deux she daily rehearsed with Fernando Alonso, father of the Cuban ballet school, along with the also deceased master Mirtha Hermida. With this work, Grettel won a gold medal in a competition for students held in Cuba and made the entrance exam to BNC, to start a professional career.

To the surprise of former teachers, within the company, the girl was assigned all kinds of works but this one, not even the pas de deux. They changed her name by that of Lisette in La Fille Mal gardée, Elisa in The Magic Flute, Kitri in Don Quixote, Swanilda in Coppelia, they even transformed her into the fearsome Odette and Odile in Swan Lake.

When he received the rank of Leading Dancer, the artist had been nominated alongside fellow Osiel Gounod as the leading novice dancers in 2011 by the most important dance journal in the Americas, Dance Magazine. A director of a foreign company saw her dancing last year and, interestingly, he did not propose her venturing into what he had seen but in the Sleeping Beauty. This classic is the first work that Grettel will dance as a guest of a foreign company.

Now in Bulgaria, the young Cuban ballerina lives in a way a return to the past due to the similarity of the advices of the maître and ballerina Vesa Tonova with those by master Alonso and the classic, because the version she will dance is primarily nurtured by the original one designed by the great Petipa in Russia. However, there are some differences especially since the Russian school of ballet works with steps not deepened by its Cuban counterpart, nor are used in large quantities and less in variety.

In this version, Aurora spends all an act jumping and we are accustomed to a calmer princess, said Grettel.

One of the first surprises came when discovering that in the entire play her character barely makes twists, while in Cuba the twists have an extraordinary relevance, they are incorporated to all choreographies, sometimes in large numbers and people feel sorry for moderate ballerinas.

Here I have reaffirmed that not everything in dance is twisting because there are many ways to be versatile and virtuoso, she noted.

I imagine that some combinations of steps and dynamics might be easy for someone trained in Russian school but for those having another base, this version costs a lot, the ballerina recognized.

The rehearsals in Sofia help her gaining in strength and accuracy, but the staging will not be in the Bulgarian capital but in Catania, the second largest city in Sicily, Italy, where the Sofia Ballet will present a season of Sleeping Beauty from March 23 to 29 at Massimo Bellini Theatre.

Although the musical times are different from those set out in her mind for more than a decade, the Russian version already seems very cute and even less difficult due to so much rehearsals.

After the shows in Italy, along with Bulgarian Emil Yordanov as her partenaire on this occasion, the ballerina will return to her native Havana, where she yearns to become Giselle one day. Nobody knows how many years will her Bella sleep this time, character that for the Cuban public is still in a sweet dream.