by Vladimir Pardo
in Society
0 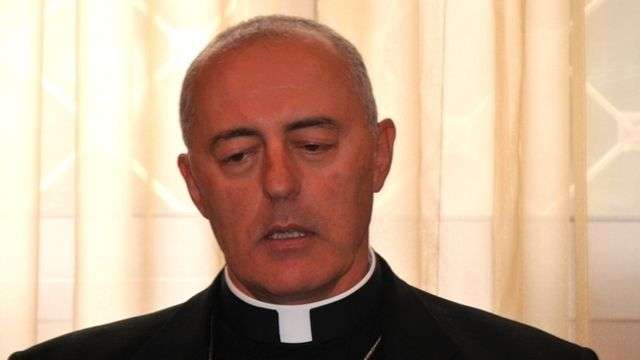 In a sui generis exchange, the Vatican Apostolic Nuncio to Iraq and Jordan was destined to Cuba, and the former ambassador to the Holy See in Cuba ended in Egypt. Indeed, Giorgio Lingua is the new man of Pope Francis in Havana, where he will assume the position vacated by Bruno Mussaró last February, months after a controversial Mass he officiated in Vignacastrisi, Italy.

On that occasion, Mussaró said the economic situation in Cuba was difficult, and people here had no job neither knew how to feed their children. No one knows if such opinion catalyzed the end of his mission here, just three years after the start, but the truth is that he has been sent to a nation that is being Islamized at full gallop.

For his part, Monsignor Lingua arrives in a historic moment in which the Vatican played a key role, as recognized by presidents of Cuba and the United States last December 17. Born when the Cuban Revolution just turned its first year, the now Archbishop of Tuscania already accumulates a diplomatic curriculum he could put at the service of the ongoing process. In fact, he was responsible for Latin America and the Caribbean in the Relations of the Holy See with the States, so he knows the region and its peculiarities. Also he speaks fluently in French, English and Spanish, in addition to his native Italian and professional Latin.

Lingua was born in Fossano, Italy, on March 23, 1960, and was ordained priest on November 10, 1984. After graduating in Canon Law, in 1992 he entered the diplomatic service of the Holy See, and has worked in the papal representations of Ivory Coast, USA, Italy, Serbia, Jordan and Iraq.

On October 9, 2010 he received Episcopal consecration in St. Peter’s Basilica by Cardinal Tarcisio Bertone, Vatican Foreign Minister at that time. During his mission in the Middle East he expressed his view on hot topics such as US air strikes against positions of the Islamic State. In this regard he considered inevitable the bombings to stop the jihadists, although he called to ask who and why supplies extremists with sophisticated weaponry.

The relations between Cuba and the Vatican are dating back to 1935, although the religiosity of this nation goes back several centuries. According to the Church, more than half of Cuba’s population is Catholic, although there is a high incidence of syncretism with African cults. The links were cooled after 1959, but in the 1980s the differences began to be overcome and meetings at the highest level restarted.

On November 19, 1996 the then Pope John Paul II received in the Vatican Cuban President Fidel Castro. Less than two years later, the charismatic Pope made a pastoral visit to Cuba, which included masses in Santa Clara, Santiago de Cuba and Havana. It is said that the latter, held at the Revolution Square, was attended by nearly a million parishioners. Five years later Benedict XVI imitated him, and no one doubts that Francis will eventually come.

Meanwhile, the current ambassador for Cuba to the Holy See is Alejandro López Clemente, who replaced on December 2013 to Eduardo Delgado Bermudez.