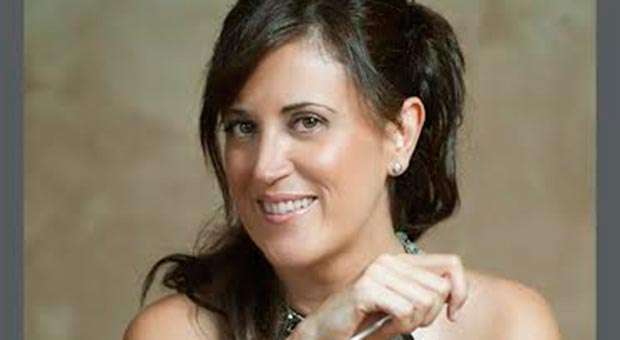 Helena Bayo speaks these days the language of dance, aware that she will mark the history of the prestigious National Ballet of Cuba ( BNC) . Grand jetés and twists attract the attention of the first director of Spanish orchestra invited to work with the company.

The proposal by Alicia Alonso helped her warm up quickly, first by the excitement of what it considers a privilege, after the trip to Havana, where away from the cold European winter each artist observes and studies the details of the choreography.

“There’s always some peculiarity that differentiates one from another dancer, one has more spin , another is faster , another jumps higher , and this kind of details you must know ,” this very well informed of the technical demands of the staging professional says .

“Within the diversity, the conductor tries to fit the most of every moment and have a bit of variability in the function to try to go for the dancers and if they need a little more sense it, you need to give it” she stressed.

The director of the Royal Artistic Circle of Barcelona will be leading musical instruments during performances at the National Theater, dedicated to celebrate the 70th anniversary of the debut of Alonso in Giselle.

According to Bayo, choreographic version of the Cuban prima ballerina assoluta is very close to the music, while the score of Adolphe Adam seems well structured, according to the drama.

Some music purists despise the role of conductor for ballet, however, the directorof the Lyric Orchestra of Barcelona and guest with orchestras from Spain, United States, Bulgaria and Colombia assesses the role as enriching and interesting.

The teacher stressed the need for an absolute relationship between dance and music to make the work look good, and expressed interest in providing comfort to the dancers.

“The musical direction for ballet is like a combination of the arts, musicians cannot be indifferent to what happens on stage, then it requires us to know what the piece relates in every scene ,” she said .

The choreographic version and personal interpretation of Alicia Alonso in Giselle, in 1966 received the Grand Prix de la Ville de Paris in France. This work has been the trump card of the BNC on five continents and in Cuba is a favorite of much of the public.

According to Helena, Giselle never will stop being essential in the repertoire of the great ballet companies, not by choice many equate it to Hamlet in the theater.

The commitment encourages her in these warm Havana days, she says this is her first experience with a ballet company to the highest standards , but technical knowledge of the steps suggests old affections and promises trumps.