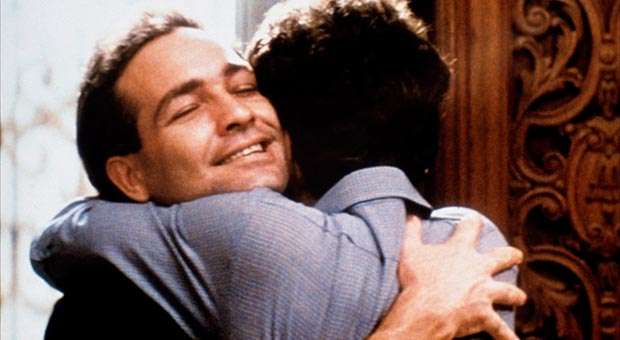 In Havana, is no longer necessary to choose between one and another flavor. Sexual diversity is politically correct. To this normalization contributed the Cuban film Fresa y Chocolate (Tomás Gutiérrez Alea, Juan Carlos Tabio, 1993). 20 years after it is now receiving a tribute.

“We could not pass the 20 years of Strawberry and Chocolate. The film and the work of Titón, seen today as well, deserve this, ” Pablo Platas, Cultural attaché of the Spanish embassy in Havana, said.

“For us, seen from outside, there is a before and after Fresa y Chocolate in Cuban cinema and beyond” Platas said on the occasion of the celebration, which it is added to the fact that the Iberian country participated in the production, together with the Cuban Institute of Cinematographic Arts and Industry (ICAIC).

Platas, who hosts the Thursdays at the Embassy gathering, also said his recent experience in the conference of the American journalist and professor B. Ruby Rich on queer cinema “someone said the film is the leading advocate of sexual diversity and Victor Fowler [1] replied that it was a plea for tolerance. Today, Vladimir told me that is an argument for the inclusion of normal. “

Therefore, the highlight of the evening was sharing with two of its stars, actress Mirtha Ibarra (Nancy) and Vladimir Cruz (David), who sat at the original Coppelia ice cream parlor table, one of the locations-adorned with a bouquet of sunflowers, which in the film is dedicated to the patroness saint of Cuba, the Virgin of Caridad del Cobre.

Encouraged by the questions: “What has meant Strawberry and Chocolate, what happened in these 20 years,” the conversation began.

“This has been an event that has transcended all of us involved. We imagine it would be a major motion picture, but not that it would get the universal significance because it touched a Cuban and world problems, ” the actress Mirtha Ibarra said.

Fresa y Chocolate tells the beginning of a deep friendship between Diego, a gay and religious artist, and David, a young heterosexual communist and student in the Havana of the 1980s, where sexual, ideological and religious differences were irreconcilable.

For Ibarra, Nancy in the movie, “the problem of homophobia, intolerance, and respect for those who think differently is a problem of tremendous topicality. So, unfortunately, the situations it addresses have not expired. “

Hence its importance and success, Ibarra highlighted, “not only for the Cuban spectators, but as different countries, so distant from our own cultures, such as China or Japan.”

In this sense, Vladimir Cruz (David) noted that “it is not normal for a birthday celebration of a film. That means that stalled a lot. “

Until the release of the film in Cuba, with a long history of institutionalized homophobia, the characters of lesbian, gay, bisexual, transgender and intersex (LGBTI), whether were addressed or were only in stereotypical supporting roles in film and TV .

Although homosexuality was decriminalized in the island in 1979, the so-called Law of Social threat, that Articles 76 and 94, which criminalized people with antisocial attitudes and likely to commit crime behavior, allowed homophobic agents to include LGBT individuals in this category.

Something similar happened with religious or other ideological tendencies, facing a critical way the process of the Cuban revolution, according to experts and people affected.

The release of Strawberry and Chocolate also coincides with the emergence of so-called New Queer Cinema, an American film, aesthetic and political movement. Although there is not yet consensus on the inclusion of the Cuban film in this category, as came to light in the conferences of Ruby Rich, during the 35th International Film Festival of Havana.

However, the film shocked beyond respect for the so-called other (s) . Among the people who Fresa y Chocolate changed their life , Enrique Núñez is , then engineer and owner of the location used to recreate the house of Diego , which in the film he called La Guarida.

With that name, Núñez inaugurated a familiar paladar ( as private restaurants are popularly called on the island) in the Havana Concordia Street. So he became a famous entrepreneur, after Cuba legalized this type of private services.

“Seeing the house where I was born and lived all my life in cinema, a work of genius was one of the emotions you never forget. That left me with the urge to do something to make the story continue to live forever, “he confessed.

To mark the anniversary, Nunez wrote the book Paladar La Guarida, which he presented the day before, although copies for sale did not arrive in time. In the text they told the anedoctes of the shooting and life in the most famous tenement building in Havana from the opening of his restaurant.

The rest of the conversation went on anecdotes about how Ibarra and Cruz arrived in the film, and how Senel Paz faced, along Titon , the screenplay from his short story The wolf , the forest and the new man . Also in remembrance of Gutierrez Alea , who died in 1996 at 68, which is considered by experts the most important film director after Spanish Luis Buñuel.

Notably absent from the evening were the actor -turned director, Jorge ” Pichi ” Perugorría ( Diego ) and filmmaker Juan Carlos Tabio , who shared the direction with Gutiérrez Alea .

“Pichi is on the set of Fatima, the queen of the night. So he could not come, ” Platas apologized . And, sources near Tabio , claimed that his ” health is not well .”

Feast for the senses

The tribute of the Spanish Embassy started at 5:00 pm from the entrance of the Palace Sarrá Velasco, its headquarters in Cuba , with the presentation of the Strawberry and Chocolate fragrance, created for the occasion by the 1791 Havana perfumery, of the Office of City Historian .

As a souvenir they delivered flavored organza bags were had both odors. In order to climb the stairs they kept a sample of the original movie posters, which ICAIC lent for the occasion, and the sculpture of Christ that was part of the scenery of Strawberry and Chocolate.

The Cuban soprano Maria Eugenia Barrios played the aria of Il trovatore by Giuseppe Verdi , part of the soundtrack of the film. She was accompanied at the piano by her granddaughter , Claudia Santana. For his part, José María Vitier , author of the soundtrack of Strawberry and Chocolate , delighted with his piano performance of original score he composed for the film.

In addition, two separate documentaries dedicated to the film and its making off, made by Cuban filmmaker Rebeca Chávez were projected.

Later, they opened the exhibition That wall needs painting, by Cuty, “one of the artists who have more dialogue with the public / private body in a stark way,” according to historian Abel Sierra.

Finally, they booked a dessert: a basket with a mix of strawberry and chocolate ice cream, perfect end to the homage that became a party of the senses.

Thursday at the Embassy is a regular gathering for the Spanish Embassy, created the “principal intended as a cultural meeting place”, as declared by the ambassador of that country on the island, Juan Francisco Montalbán.

[1] Intellectual Cuban scholar of homoeroticism in the arts.