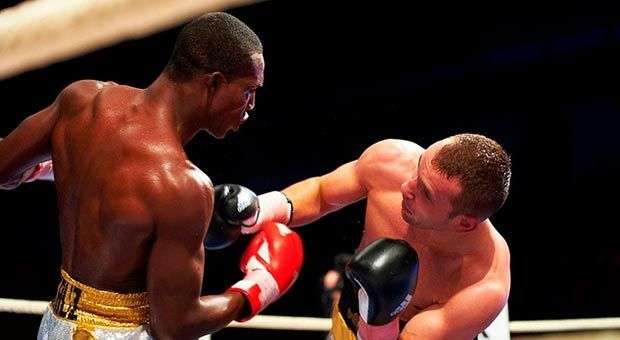 Cuba’s Domadores took hold as leaders of Group B of the Fourth World Series of Boxing, by winning 3-2 against the current kings of the event: the Kazakh Astana Arlans club . The win was even more relevant because it was as visitors. Now the Caribbean squad has 12 points and has balance of 18 wins and two losses in the first four weeks of WSB.

The Kazakh public packed the Rakhat Towers arena in Almaty. The local squad, although it did not have the first figures in all five categories called – the exception perhaps was the Croatian reinforcement in super heavyweights Filip Hrgovic – , itself formed a quintet of gifted fighters of good technical level and mostly with previous experience in the WSB. Logically, this is the most even and interesting match the Domadores have had to date.

In the fight that started the match finished the undefeated streak of the Cuban squad, which until that moment had accumulated fifteen consecutive victories. Gerardo Cervantes (52kg) was beaten by unanimous decision by Miras Zhakupov 3-0, identical 47-48, in a flamboyant fight marked by the technical quality of both fighters . The local secured the victory by winning the first three rounds, boxed from the outside and dodged with good lateral movement of the punches thrown by Cervantes. The Cuban forced actions in the final two rounds, in which he imposed himself; demonstrated excellent physical condition but found it insufficient to reverse the vote.

After a couple of rounds where caution prevailed, world champion Lazaro Alvarez (60kg) picked up the pace and ended up taking a walk before Zhandos Momunov. The scorecards were a true reflection of what happened in the ring: 3-0 (49-46) (50-44) (50-45). The Pinar del Rio fighter scored his second victory in the series without exceeding his physical expenditure.

Another who got his second win and also repeated the TKO dose was Santiago Arisnoidys Despaigne (69kg). The victim this time was Bakhytzan Kozhabekov, which entangled the fight during the initial three rounds. In the next assault, waters reached their level and with a storm of punches, including protection count, the Cuban took the lead and made the referee stop the combat.

Securing the match for the Domadores was the job of the other world champion in Baku and Almaty , Julio Cesar la Cruz (81kg ). It is noteworthy that the Croatian reinforcement Hrvoje Sep, 13-3 the previous series, was a rather uncomfortable rival. Born a puncher, the European conditioned in a certain way the traditional fighting style of la Cruz , who without any exquisite boxing had to accept several exchanges and should have thrown triple his usual amount of punches. Amen to a point that was taken from him in the fourth round , Julio César closed imposing his best class and won the verdict 3-0 ( 48-46 ) ( 48-46 ) ( 49-45 ).

In the bout that closed the evening the other Croatian was much better than debutant Jose Angel Larduet (+91 kg). Filip Hrgovic , 16 wins and only 3 losses in previous editions , asserted his greater experience and better physical to won by TKO in the intermediate round over the Cuban after two counts of protection. Larduet showed brave and landed some punches to the anatomy of his opponent but the level is still far from the quality of this European fighter.

The next presentation of the Cuban squad will be in 2014, when visiting the Azerbaijani Baku Fires on Saturday January 11. This match will end the first round of the qualifying stage, and henceforth the Coliseum Sports City will host four of the five matches Domadores have left.