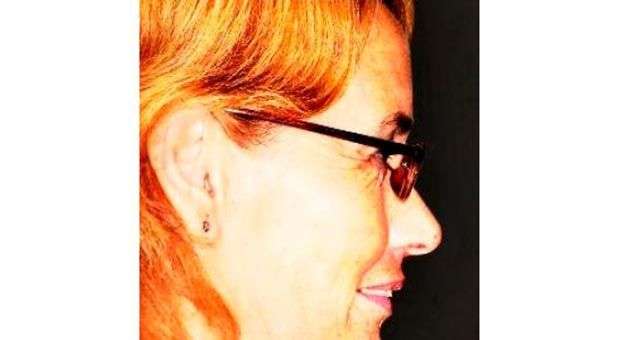 Although all nostalgia for Maria can be problematic, or at least give grounds for misunderstandings, rock lovers in Cuba can be excited by the rumor that Maria Gattorno, the legendary Maria del Patio, will be the new director of the Cuban Rock Agency.

Close sources to the country’s cultural authorities revealed to OnCuba that Maria would take the post until now occupied by Blanca Recode, whose demotion was demanded in a public letter signed by the heads of major Cuban rock bands, accusing her, among other things, of ignoring the genre and sabotaging its development.

Recode assumed after several years away from the cultural sector, and she at once intended to make the Maxim Rock, headquarters of rock in Cuba, more profitable.However,her policies were unpopular immediately in a guild with its own characteristics, which finally had its space and won in social and artistic recognition.

The Agency was born sponsored by the Cuban Music Institute and the Hermanos Saiz Association, which recently celebrated its second congress with extensive media coverage. Almost immediately after its closure the letter began circulating denouncing the atmosphere of disunion and apathy generated by Recode and her staff.

OnCuba immediately communicated with the Maxim Rock to confirm the rumor that the former director of Roberto Branhly Culture House would take the reins of the agency, but no one could confirm it.

They only said that Recode was at her home on a sick leave until “an action was taken.” The online newspaper of the Ministry of Culture could not confirm or deny the news, and the Cuban Music Institute says they have not been notified of anything.

Perhaps the rumor strength lies in the widespread desire to be true. Maria was proposed to head the Agency three times, the first one prior to the controversial closing of the Patio in October 2003.

Gattorno confessed to Scriptorium fanzine that she had accepted the first two times, but she refused the third one, because she did not feel as the same Maria she used to be, and because she had suffered extremely painful things.

The Patio legend began with concerts by the ephemeral group ¨Hojo por Oja¨ and ¨Carton Tabla¨ . The place was never known as “Roberto Branhly”, but Mary did not have to do with the re-baptism: the musicians themselves, in honor of her initiative, gave her tacit ownership of the place that is now fondly remembered.

Some community projects were also born there like Rock vs. AIDS in 1991, but at the beginning of 21st century the place was closed alleging dissimilar reasons, many of them were based solely on prejudice towards rock. A great collection of signatures was made to defend it, but in the end, it was a losing battle, according to Maria.

Although rockers saw the emergence of the Agency and the existence of a space like Maxim, many of them still long for what the Patio was, still fondly remembered. In that circumstance, Maria herself told Scriptorium the Agency “has its profile, objective and purpose which are met as far as circumstances permit. (…) The Patio met its goal and Maxim meets its. None of them has been able to do what they wanted, or has had all the resources, nor has managed to please everyone equally. With errors, faults, mistakes and successes, something unites them if you want to compare them and that is the desire, commitment and hard work to keep alive Cuban rock scene. “

Cuban rock scene has experienced in recent years more successes than fails, but the latter were deeper: since the disintegration of several bands in the U.S. on a tour during which the director who preceded Recode defected, to an unusual asylum application made ​​by Hypnosis band in Miami, a few months ago.

Recode came supposedly to tidy up the house, but her ignorance of it, and lack of a sense of belonging and identification with a movement that has suffered in order to get where it is, and still suffers from prejudice , took its toll.

In fact, this sort of rocker “Coup d’Etat” was open because the complaint letter was public, addressed to Rafael Bernal, Minister of Culture, Orlando Vistel, president of the Cuban Music Institute, and to Recode herself.

Among the sins blamed on Recode highlighted rudeness in the organization of the Brutal Fest, the inclusion of timba and salsa bands in the agenda of Maxim, the requirement to musically assess the rockers, who are almost all amateur and self-taught, embezzlement, obstruction in exchanges with foreign groups, misrepresentation of the artists interests, and in short, having created an atmosphere of discomfort, rather, a bad atmosphere that the sole appointment of Maria could begin to reverse already …