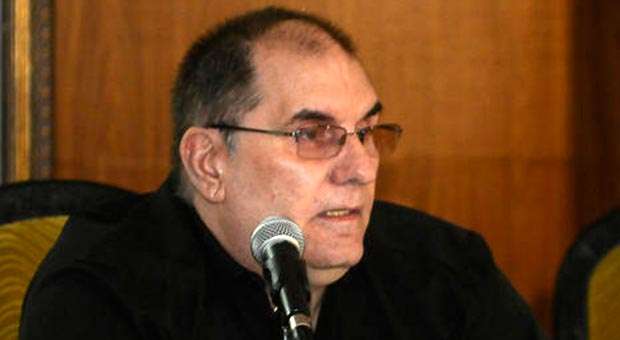 The new corals of Latin American cinema are born each December in Havana. This symbol, which for more than three decades has identified the International Festival of New Latin American Cinema is today the highest recognition given by Cuba to aesthetic and themed risk of contemporary film production in Latin America to distinguish and promote cinematic creations that enrich the cultural heritage and identity of our nations.

For the first time, the Festival won’t have the leadership of its founder and president for 34 editions, Alfredo Guevara. So, how do you think, conceive and design a festival without Alfredo? This was the question that Ivan Giroud (current President of the Festival, and also Director of the Festival House) and his staff raised throughout the organization of the event. The answer is simple. In the words of Giroud: “the presence of Alfredo will be in the entire Festival, because Alfredo and the Festival are indivisible .”

As a fitting tribute, the 35th edition of the Festival, to be held from December 5 to 15, has organized, among other activities, the projection of six programs of 90 ‘min of the Latin American ICAIC Newsreel (emissions corresponding to the first decade of the Newsreel), because Alfredo was one of the people who most supported this project from its inception.

The Festival will also pay homage to the Cuban plastic artist Servando Cabrera, on the 90th anniversary of his birth. ¨La fuente de la vida,¨ a sample composed of 20 erotic canvas of the artist- belonging to the collection of the Servando Cabrera Moreno Museum Library-, will be exhibited at El Reino de este Mundo Gallery, in José Martí National Library, from November 22 to December 14 as part of the temporary exhibition program the event organizes. ¨La fuente de la vida¨ is another bow to Guevara, who inaugurated in 1998 an exhibition of the same name in Servando Gallery of the Cuban Film Institute (ICAIC by its Spanish acronym).

For its part, the general program will consist of over 300 films from Latin America, and 108 from around the world, organized in different parallel samples (German, British, Canadian , Czech, Spanish, Polish and South Korean cinema). S pecifically, 21 feature films, 22 short and medium-length fiction films, 21 debut features, 30 documentaries, 31 animated films, 25 unpublished scripts, and 33 posters will be in competition.

The Industry Sector, initiative arriving at its 6th edition, will offer a rich program of lectures, presentation of funds for production, the space ¨Nuevas Miradas, ¨ the expected screenwriting workshop, and presentation of projects aspiring to “Nuestra America Primera Copia” ALBA Cultural Postproduction Award, thus consolidating the Festival as one of the most influential one of the area, while it is emerging as a launching pad for cinema in the region.

In five years this award has enabled the culmination of 16 films, becoming itself one of the most important of the contest. On this occasion, of the more than 70 works that applied for the award, 7 projects were finalists: feature films La Salada (Dir. Juan Martin / Argentina / 2012), Historia del Miedo (Benjamín Naishtat /Argentina / 2013), R. Lorena (Isidora Marras / Chile / 2012), Vestido de Novia (Marilyn Solaya / Cuba / 2013), Venecia (Enrique Álvarez / Cuba / 2013), Feriado (Diego Araujo / Ecuador / 2013); and the documentary 119 Esperanzas (Luis Alberto Parra / Chile / 2013).
Among the changes of the 35th edition, the section “Made in Cuba” disappears with the purpose of inserting Cuban films in the Latin American overall picture.

In order also to better organize exhibition cycles, the space “Latin America in Perspective” has created a series of subcategories based on the topics, trends, and thematic focus of the films to be presented. Thus, segments arise such “At midnight” about horror movies, “Sold out,” which brings together highly popular films, “Question of Faith” dedicated to religious argument movies, “Stories of violence” on movies showing violence in all its manifestations, ” Vanguards”, displaying the most risky works in terms of language, “Time of short-length films”, among others. These classifications will always mutate each year, depending on the new themed areas to be detected.

From the theoretical events this year highlights the seminar “New? Cinema? Latin American? “To be held between December 9 and 10, at Hotel Nacional, and which focus its discussions on the challenges of contemporary audiovisual production before technological change and new global dynamics of distribution and exhibition.

For the opening night, December 5th at Karl Marx Theatre, it is provided the submission of Cuba´s Contemporary Dance, the display of an audiovisual material by Luis Ernesto Donas on the 35th anniversary of the Festival and the figure of Alfredo Guevara, as well as the projection of the Chilean film ¨Gloria¨ ( Sebastián Lelio, 2013 ).

Finally, as another initiative of this year’s Festival, from November 21st to December 1st, the space “Corals in the Yara Cinema” will be held at this site, which will screen twenty previous editions winner films.