Hauser: A festival to think our cinema 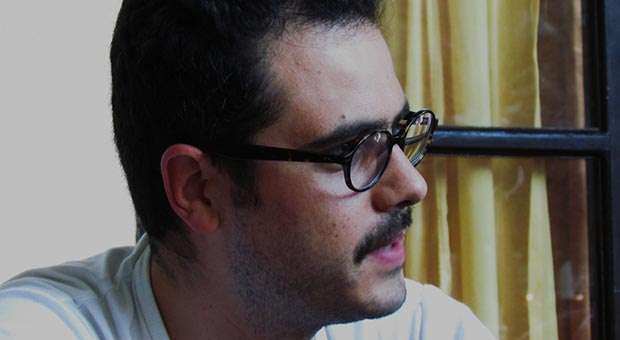 Just a few hours before the start of the 35th Havana Film Festival of New Latin American Cinema, and, from the morning of Wednesday, December 4th the National Hotel corridors have witnessed a parade of some of the jury members and guests to the party of the Cuban audiovisual.

Among the first to arrive was the young Brazilian filmmaker Murilo Hauser, who will serve as a juror in the fields of animation and posters in this 2013 event. To the courtyard of the iconic building OnCuba moved to talk with him.

Four years ago you were here in competition with your work Sombra y Silencios, how different is now your position as a judge?

“It’s a great change of perspective, since it allows you to view short or feature films from a certain distance. It is not the same seeing the works as production colleague to do it as a judge. I’m sure it will be a very rich experience.

“Besides, I like the idea of getting to know other works that, possibly I never would if I were not here.”

In 2009, when he competed at the film festival, Murilo was not present in the Cuban capital. This is her first time in Havana and he is loaded with excellent references from his friends, ready to go into a city, for these days of December, it becomes the mecca of Latin American cinema.

At what point is the production of Latin American animation? Can you talk about an aesthetic of the continent?

“I think we are now freer to create. We’re always bound to tell little stories or anecdotes, as with the Americans short, and that sets us apart. We express other concerns, perhaps more personal ideas and therefore we are not adjusted to conventional structures.

“Many of the creations of Latin American filmmakers are somewhat more experimental because they are freer. There are also many like me who do not work only animation, but we see it as another form of expression with which to achieve images and concepts that are not so specific, beyond the actual space as we understand it and seek the sensorial part of it.

“Also in Latin America there is no dominant school in terms of aesthetic production. Today we have a very special scenario in which there are many exciting things happening, marked by very personal ways of creating and making animation that are not necessarily connected with the more traditional ways of doing short films “.

Hauser speaks slowly, carefully measuring his Spanish and leaning on his right arm resting on the knee. Afternoon in Havana is slightly visible from the courtyard of the National Hotel, but some reddish rays change the tone of the tops of the trees around us.

According to Murilo, the technological revolution of recent years has largely transformed the way we do , think and consume audiovisual materials, and of course the animation.

“For example, Shadow and Silences took eight years to complete and today, with the advances we have, time is reduced to just a few months of work.”

It is not only the production process, he explains, as also the manner of distribution of audiovisual material conditions some of its features. “Often the creators think of the short film to be consumed on the internet and not to project into a movie theatre, it brings changes in narrative time, duration, language and sound.”

“All of that brings that creators are now discovering all the potentials correctly in the new context, experiencing how to combine the feelings and images. So I think we’re in a very rich animation time, “he said.

It is his first appearance at the Festival, which expectations does Murilo Hauser have with this visit?

With a grin, perhaps the biggest smile in the afternoon since we spoke, he answered: “The best. I have many friends who have participated in previous years and have excellent references on selecting films and the organization they found here.

“Havana’s has a big difference with other festivals in the world, because here spaces for discussion and analysis are created. It goes far beyond showing work, make contacts and distribute films, is more than a commercial site.

“This is a place to really think our cinema, understand a little what is happening and where we going, where we go walking together. Best of the Festival is to find a space for dialogue and see that, regardless of differences of language or aesthetics, we share a theme, same idea. It is the ability to be recognized in others. “