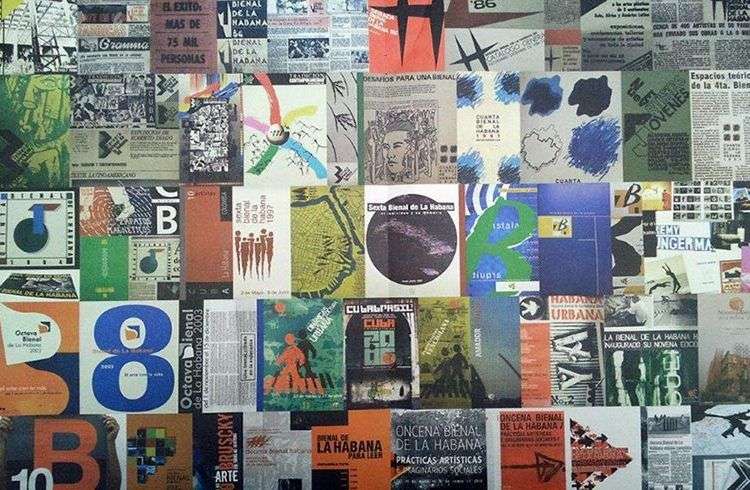 The Havana Biennial will mark its thirtieth birthday, an event that has been able like no other to take the art of the least advantaged to the legitimized international circuits. Since its first edition in 1984, its aim has been to build an open space for the art of Asia, Africa, Middle East, Latin America and the Caribbean as a way to facilitate the exchange, understanding their values ​​and contribute to its dissemination and universal recognition.

The art of our regions takes on the challenge of universality and contemporary cultures enriched from the nuances and accents typical of the identity of each people, and confront tradition and modernity as unmistakable signs of their wealth and strength.

“The Biennal has been nothing but the creation of an alternative space for artistic production of that knowledge scarcely seen and reported on major international stages, come to each new edition not for the grace of resources but by the conviction of the need of its existence, “said its founder and first president Dr. Lillian Llanes.

To honor such a significant event, organizers set up a “mini-biennial” which includes exhibitions, book presentations and theoretical events.

In the lobby of the National Museum of Fine Arts (NMFA), in the Wifredo Lam Contemporary Art Center, at the Center for the Development of Visual Arts and the National Library of Cuba, the sample “Havana Biennial: a living laboratory.” can be seen until the end of this June. In the Factoría Habana they are exhibiting a collective sample ” Miradas ” including the work of Roberto Fabelo, Alfredo Sosabravo, Tomás Sánchez and Enrique Ponjuán, among others.

In NMFA they held the panel on the thirtieth anniversary of the event in which topics such as theoretical and historical importance of the Biennial, the national ideological context in which it arises and its relationship to other similar ones.

The Revolution and Cuban Art and Culture magazines devoted to this anniversary and the book Prácticas artísticas e imaginarios sociales were released, on the theoretical event of the last Biennale.

Betting and risking so diverse with irreverent and iconoclastic breath every three years, although it should be every two, this Biennial, unique of its kind, reaffirms its allegiance to pluralism and its founding objectives.

Next year will take place the number XII, who once again put in the foreground meaningful expressions that shape contemporary art. Despite the economic constraints Cuba is facing, it persisted in organizing an event like this that turns Havana into a gallery.

The Biennial is legitimized as a place for the most genuine of contemporary visuality of Third World countries, where the most important art is its quality and undeniable ethical and aesthetic values, not its origin or how expensive is its making.