ravsberg
in Deep down, Main
0 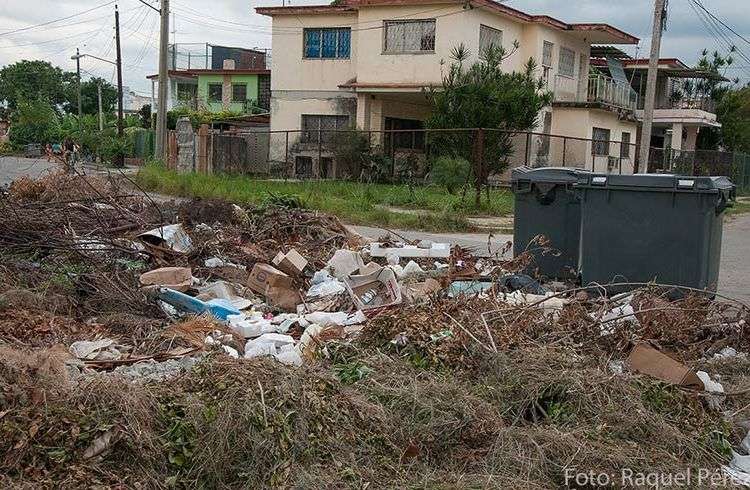 In 1855 the Indian Chief Seattle, from the Washington Territory, warned us: “After several days, the dying does not feel the stench of his own body. You continue polluting your bed, and one night you will die suffocated in your own waste. ”

Surely in those times such prophecy seemed like madness, but nearly two centuries later is of alarming news. Our waste has become a problem, even in little consumerist countries as in the case of Cuba.

Overflowing dumpsters surrounded by garbage adorn many Havana streets. Sometimes the accumulation is such that comes to hinder the passage of vehicles, making it a haven for rats, ferrets and mosquitoes.

“This is so complicated that nobody fixes it,” says one of the garbage collectors in Havana and we understand his disappointment when he explains that all the capital, with 2 million people, has only 10 trucks for the job.

There are hardly any dumpsters too. Besides being scarce, they disappear at night to be recycled by self-employed that use the wheels to make carts and plastic sticks for hanging clothes, jugs or hangers.

We could not verify these data and others we asked about because the Department of Communal Services never answered our questionnaire. Despite the public interest, they seem to consider as secret issues that people should not have access to.

Neither had they reported on the officer who stole 1.5 million USD from the budget for hiring cleaning crews in Old Havana. His testimony appears in a video where the chaos that exists in Communal Services is reflected.

Walking the path of our waste we find Cuban dwelling in slums in the same garbage dump. They live on what we throw away, a broken doll, an empty can, old clothes or food scraps sold to pig raisers.

The “divers” are awaiting the arrival of the truck and hidden from police that prohibits such activity. As the patrol car disappears, they jump on the trash and start digging looking for anything that has some utility to be sold for a few pesos.

When we were almost ready to die suffocated by our own waste, we received a report from Cienfuegos on ecological recycling and landfills, which lifted us back the spirits and gave us hope that things can be different.

Cienfuegos is considered one of the cleanest cities of Cuba and who has visited it knows it is true. For now they also lead the country in recycling waste and work on creating a dump that will produce biogas for sale to nearby businesses.

Today in Cuba, only 35 percent of the waste is recycled, recovering annually less than 100 thousand tons of steel, iron, copper, aluminum, brass, plastic and paper. If the task is fully developed, the country could receive or save the equivalent of USD 200 million.

Many questions arise:  Where to put our trash, how to organize its collection, how we can create awareness for organizing the possible increased recycling and how to integrate the “divers” into this process.

But none of this can work if the chaos in the Department of Communal Services, which allowed one of its officials to pay 1500 USD for monthly rental of luxury cars, with a salary of 20 USD, without anyone seeing anything strange, is organized.

The challenges are great and resources scarce, only resourcefulness and the ability to learn from others can provide the solutions the country needs. It is everyone’s business, so it is imperative efficient government action as the collaboration of the population.