synaley
in Technologies of Communication and Media
0 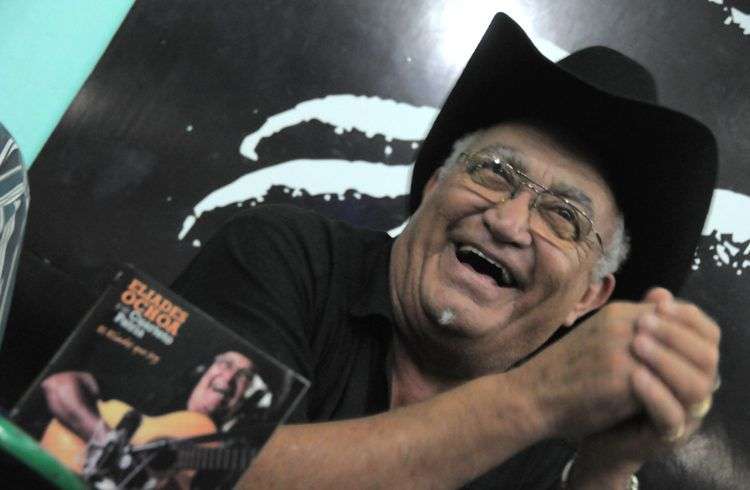 There’s nothing Eliades Ochoa loves more. For him his musical roots, his native land: Songo-La Maya, and his family are essential.

Mixing these three passions of the Santiago musician in a phonogram can be difficult. However, Bis Music has done in El Eliades que soy, a double volume that the label just launched in Havana.

Giving details of the selection of these works, the artist explained that he wanted to “make an album with those songs that I started doing the Cuarteto Patria in 1978.”

“But I tried to do the usual,” the musician said, while confessing that “there were songs that I had no idea how they began. It happened with Pregón santiaguero, which belongs to an album of the same name, and people changed the name to Harina de maíz.

Recorded in Siboney Studios in Santiago de Cuba and the musical production of José Ángel Martínez, this disc was kind of return to that past loved by Ochoa. “I am thrilled with this work and about the fact that what the Cuarteto Patria did in 1978 is not lost. Again I was young and I what I have left is to thank the idea of ​​making this album.”

A documentary seasoned this phonogram. Written and directed by Jose Manuel Garcia in the audiovisual the singer recounts his life and the quartet’s in about an hour. There also reveals details of his friendship with Francisco Repilado, known worldwide as Compay Segundo; and discusses the circumstances surrounding the recording of the Buena Vista Social Club multi-awarded disc, which later gave way to the famous musical project that Compay Segundo, Omara Portuondo, Ibrahim Ferrer, Rubén González, Orlando Lopez and many others have been part of, and between 2014 and the next year will made their farewell tour.

With a trilogy of albums entitled Latest from Eliades Ochoa (Egrem) that had a remarkable history in the public’s memory and CD contests -keep in mind that one of these CDs, Un bolero para ti, won the Latin Grammy 2012 – El Eliades que soy will have a good way. Its protagonists do not rule out the idea of ​​a big concert to present it to the Cuban audience. Meanwhile, international commitments with the Buena Vista Social Club will keep Ochoa in Europe until August.

But the musician will return to his personal projects in the second half of this year, and definitely the next installment by Bis Music will be on his agenda.

For now, the label has given good news. “We introduced the new Ochoa’s phonogram to the selection committee of the Latin Grammy award,” said Ela Ramos, its manager. Hence the new CD by Eliades can aspire to be nominated to this award in 2014