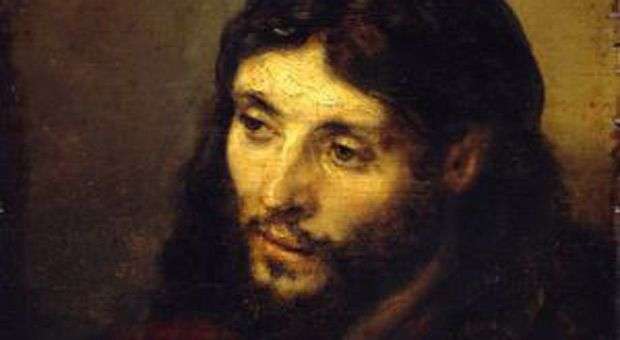 At the end of the year, the bookstores and literary magazines begin to make their charts. This 2013 in Spain, Leonardo Padura, has garnered millions of readers with the novel ” Herejes”. Two compelling themes form the plot: the Jewish universe and Rembrandt painting.

The writer Leonardo Padura (Havana, 1955) is one of the most interesting and international current Spanish language authors. If “The man who loved dogs,” that recreation of the biographies of Leon Trotsky and his murderer Ramón Mercader, left thousands speechless, the adventures of a Rembrandt painting that he now tells in his new novel, “Herejes” arouse admiration again.

In ” Herejes” the reader will find a narrative in three stages: 17th century when Rembrandt painted Head of Christ and the work is acquired by the Kaminsky family; 20th century when three descendants of that family flee from Nazi Germany taking the paint with them in Saint Louis vessel along with more than nine hundred Jews bound for Havana.

In 1939, the S. S. Saint Louis spent several days anchored off Havana awaiting the refugees landing to be authorized. The boy Daniel Kaminsky and his uncle waited on the pier for their families to descend; confident that they would use the treasure they brought hidden to bribe the officials: the small Rembrandt canvas belonging to the Kaminsky since the seventeenth century.

But the plan failed and the ship returned Germany, taking with it all hopes of reunion. Many years later, in 2007, when the paint was put for auction in London, Daniel’s son, Elias, travels to Havana intending to clarify what happened with the paint and his family.

Once in the Cuban capital, Elias, helped by Mario Conde, protagonist of other Padura’s award-winner novels, knows that Daniel was tormented by a crime and also that the painting had as model another Jew who wanted to work at Rembrandt’s workshop and learning to paint with the master. In this deliver Conde is increasingly older and disillusioned, but keeps curiosity intact. He is the perfect partner to get into Cuba’s everyday life.

The detective’s adventures enable us to follow the trace of Jews on Cuban soil, especially marked in Havana’s Jewish quarter, which has disappeared through the along the years. Waves of Jews came to Cuba between 1900 and 1950; the first ones arrived from the States as workers of American companies. Later many came from Turkey, who ran away from the convulsed Balkans before the First World War, attracted by a paradigmatic land due to its religious freedom. Then it was the turn of the Polish, pursued by pogrom and reprisals. And finally it was the turn of Germans and Austrians, oppressed by the Nazis.

Leonardo Padura was playwright, journalist and art critic until international success came to him through the novel series starred by detective Mario Conde: “Pasado perfecto”, “Vientos de cuaresma”, “Máscaras”, “Paisaje de otoño”, “Adiós, Hemingway”, “La neblina del ayer” and “La cola de la serpiente”, translated into several languages and prize-winners such as Café Gijón (1995), Hammett (1997, 1998 and 2005), the Premio de las Islas (2000) and the Brigada 21. He is also the author of ¨The novel of my life¨ and “The man who loved dogs,” which won the Critics Award in Cuba, the Francesco Gelmi di Caporiacco 2010 and, in 2011, also deserved the Carbet del Caribe Prize, the Prix Initiales and the Prix Roger Caillois. In 2012 Padura was granted with the Cuban National Literature Prize.

“Long live jazz and the love jazz is made of!”

"Long live jazz and the love jazz is made of!"