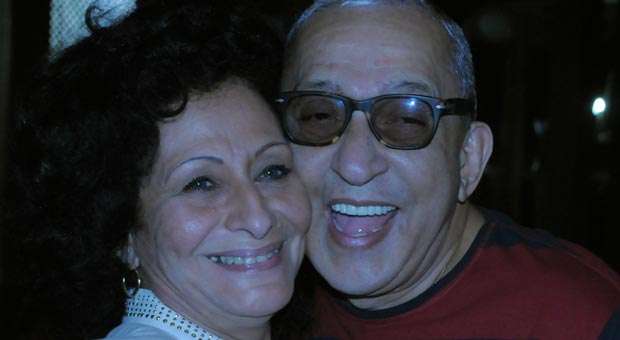 One of the fundamental questions facing creators is trying to universalize that environment that shakes them and makes them think. However, usually are also striking works that reflect the personality of those who have given them their voice. I think of that while I enjoy the DVD Spontaneously, in which Beatriz Márquez reviews some of the pieces that have marked her career.

In the audiovisual material, released Thursday by the Unicorn label of the Abdala Studios, Marquez sends a message of unparalleled aesthetic: the good songs do not die, survive the authenticity of her lyrics and the quality of who plays.

Maybe that’s the secret that maintains the viewer attentive during the 75 minute the DVD runs. The 17 songs pass in one sitting and you remember how No respondo, that piece by René Márquez, father of Beatriz, and we shudder again. The same is true with Lo nuestro no es amor (No me grites), by Juan Almeida, Te conozco, by Silvio Rodriguez, Mariposa, by Pedro Romero, and the masterpiece Santa Cecilia, by Manuel Corona.

A circumspect Beatriz closes her eyes and each song appears as though born of inside-certainly one of the trackson the album is written by her: Despídete de todo mi existir. This is also captured by the orchestrations of Juan Manuel Ceruto, who is the musical director of the phonogram and a deluxe band accompanying the singer: Jorge Aragon (piano), Rodney Barreto (drums), Yandy Martinez (bass), Raul Verdecia and Raul Venegas (guitars), Esteban Pueblas (keyboards) and Tomas Ramos (percussion). For the chorus, Márquez selected two young: Luna Manzanares and Jessica Rodríguez.

“This work we did with much love,” Beatriz Márquez said, when presenting Spontaneously.

“Those who know me know that my career is very long and I started at 16, so this album has been a selection of some of the songs in various stages of my career were hits not only in discs but spectacles of our country.”

A special moment in the DVD was Este amor que se muere, in which Beatriz invited its author, Juan Formell, and there came a bond that transcends their lyricism and empathy both created with the public. For the leader of the orchestra Los Van Van, this is “an honor Beatriz bestowed on me and made me very happy. She is one of the greatest singers in the musical history of Cuba. “

Recorded on May 28, 2010 in the studio I of Abdala, Spontaneously is a visual directed by Ian Padrón (Van Van 40 (1969-2009) and Buena Fe: ten years of songs). The young director was accompanied on his staff by Luis Najmías (Photography) and Joseph Lemuel (assembly). “It was like alchemy: the sound, the musicians and especially Beatriz did not fail. Maybe she said that if he did, but no, not grounded or in a note, or in a moment. She is the ultimate piece in this DVD.  This encouraged us all to do everything perfect, “the filmmaker said.

Padron also stressed the value of these artistic products, as Márquez leaves her voice in these critical national repertoire songs. And I agree with the director, because this DVD is a must for the young and for all concerned to appreciate one of the best representatives of Cuban music.

"Long live jazz and the love jazz is made of!"