“Long live jazz and the love jazz is made of!” 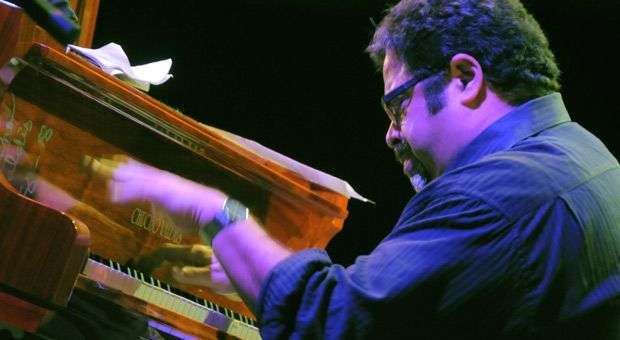 So the Cuban musician Bobby Carcasses said (founder of the Jazz Plaza Festival) during the official opening of the XIX edition of the great feast of jazz in Cuba, which will run until 22 December.

During the opening night of the event the donation was made to the Ministry of Culture, one of the 8 “Chucho Valdes” pianos specially designed for Jazz by the Seibu Piano Company in Japan, inspired by the strength, harmony and the sounds of the Cuban Master.

The inside of the lid of the instrument, delivered by Mr. Kentaro Sakai, president of the Japanese company, shows a painting by the Cuban artist Alberto Lescay, and was played for the first tinme during the opening gala.

Outstanding young musicians from the island showed their talent during the inaugural evening hosted by the capital’s Teatro Mella, including percussionist Yissy García (JoJazz Award 2006 and 2010), who has developed a solid career along really important musicians and groups in the country. The pianist and composer Harold López Nussa (Solo Piano Competition Prize in Montreux Jazz Festival, Switzerland 2005), was accompanied by his brother Adrian Lopez Nussa on drums, Gastón Joya on bass, and Maikel Gonzalez on trumpet.

One of the most emotional moments of the night when the quartet invited to the stage the diva of the Buena Vista Social Club, Omara Portuondo, who raised the voices of the public while singing Adiós felicidad, by Bola de Nieve, a song she had previously popularized together with her late friend Ibrahim Ferrer.

And this was just the startup of a party meet during these days of great figures of national and international jazz, as Aldo Lopez Gavilan (Cuba), Simeon Vencov (Canada), Yasek Manzano (Cuba), NOLOSE (Switzerland), HOFFMANN QUARTET (Australia), Bobby Carcasses (Cuba), among many others.