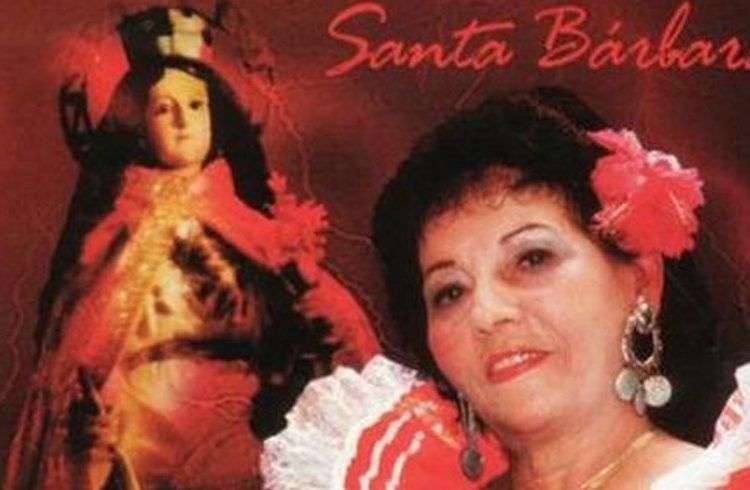 The bad news found the bulk of the Cuban cultural press, that interesting wildlife that we are in a press conference for the coming Book Fair. There we were, copying more numbers than a bookkeeper, getting smoke in the vapors of a nearby grill when a friend told me softly, “Celina died. This morning. It will be announced shortly “.
I confess that the news surprised me: I hadn’t heard of her in a long time and sometimes I suspected she had already left, and perhaps I was the confused one. It has happened to me with others, the Indio Naborí, for example. But after the surprise wore off, I felt sincere regret … For her death, and generations from now, for whom this will be another death that says nothing, it does not affect them; they do not feel it…

I, everybody knows it, was born in Santa Clara, and although through the Vidal Park not oxen´drawn carriage goes or guateques (peasants parties) are assembled in the square, I am half-peasant. I grew up in that era when Cepero Brito was the host at Palmas y Cañas program, Justo Vega and Adolfo Alfonso engaged in memorable fights   using only 10-verse stanzas. In these endearing Sunday nights, I learned to love Celina González.

I do not remember Reutilio, who died long before I was born. But I remember her vital, with her red dresses, energetic, character and voice, defending sones, montunos and guarachas, and making her contribution to the national imagination with that “I am the Cuban punto,” verse that mischief popular early attached to a pop star, aerobics and longevity.

I know the area where Celina was born, a one-horse town halfway between Jovellanos and Betancourt. At age four she was taken to Santiago de Cuba, and in party nights, her sisters played the tres and lute, as she was the queen of the singing. In the early 1940s she met the Guantanamo man Reutilio Domínguez, with whom she formed the most memorable duo of the Cuban peasant folklore.

In November 1948 they went to Havana to seek their fortune, and a few days after Celina had an epiphany: Santa Barbara appeared to her and assured her that she would triumph in the art if she dedicated her song. Celina composed her hymn to the Warrior Virgin, and in some rehearsals Laureano Suarez, director of Radio Cadena Suaritos heard her, and was impressed with that ardent “Que viva Shango” that catapulted her to success.

They remained together until 1964, when the iconic couple separated. Then a slump in her career came, which began to take off soon after with the support of Ramón Veloz, another great peasant singer in Cuba, who took her to Palmas y Cañas, with a group by the same name. Until her health tool her away from the stage, Celina succeeded wherever she sang because she stayed true to her origins, her soul, and Cuban identity that she nurtured and accompanied her to her last day this February 4.

Celina distributed “Ache” left and right when she sang, perhaps without realizing that she could not give us a more real blessing than her singing. There are and will come new voices to defend to the hilt the musical tradition of the Cuban countryside, but no other Celina. The queen is dead … Long live Celina!