Qva Libre this weekend at the Flamingo Bar Theater Miami 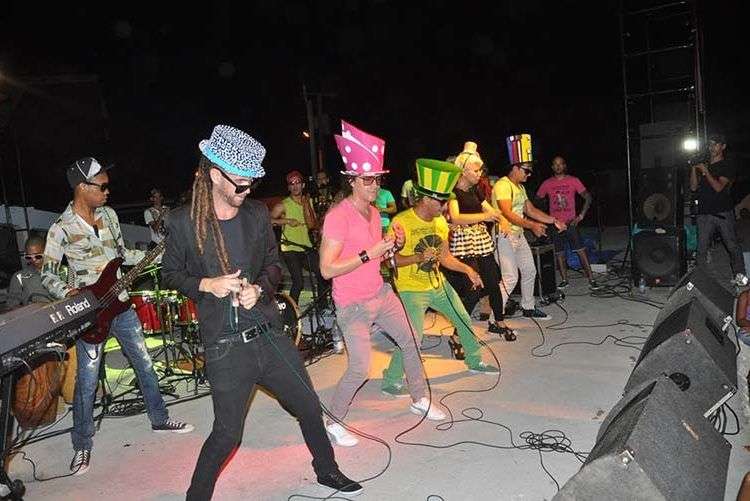 The popular Cuban band will perform on Saturday night in the busy Miami downtown spot when it with one of their rhythmic concerts scheduled for 10 pm.

Qva Libre, listed as a group that works on the fusion of genres such as rock, funk, hip hop rhythms and roots of Cuban music, is at present one of the recognized music scene of the island, especially between the youngsters who go massively to each of their presentations.

Founded in early 2000, and composed entirely of young musicians, it entered fast in the preference of the Cuban public, an acknowledgement that grows over time thanks to its fresh and meticulous musical productions, video clips and dramatic live presentations; which they work conscientiously from the visual point of view.

For the last couple of years, the band captained by Carlos Dias has a fixed spot in the Café Cantante Mi Habana of the Cuban National Theatre, one of the busiest of all those held in the city.

As for Miami, is the first time the Psychedelic Star, as the group is also known, presents there, where its work is well known, especially by Cubans who have emigrated in recent years.

Thanks to the Vedado Social Club project, the band comes to the US city where work ensures a repertoire based on his recent successes Cuando tú dices que me amas, La tremendonga, and its latest single titled Rosquillita.

About the Flamingo Theater Bar, they say it is one of the busiest areas of the nights of Miami, created in the late 60s, where a famous Sheraton hotel stood and has capacity for 350 people and though its scenario important figures in contemporary music worldwide have performed.

Cuban self employed: It was already time for change