by Jorge Carrasco
in Cuba-USA
0 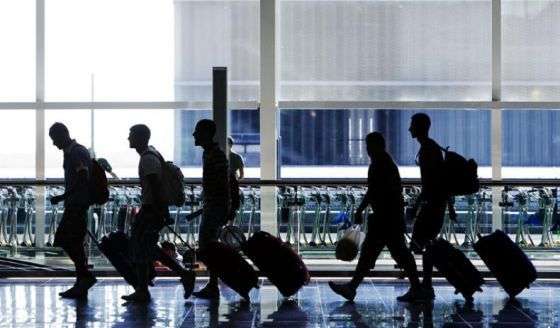 Many Cubans currently living abroad, either as definitive emigrants or temporary residents for tourist trips, are also surprised by the latest news about the conciliatory dialogue between Havana and Washington, and speculation on what will happen now with the future of the island.

OnCuba contacted via the Internet with Cubans abroad, to see how they live right now in some of the countries where there are currently many Cubans, including Spain, Ecuador, and the United States.

Ailyn and Yelena, from Ecuador:

“Here in Ecuador a census produced that there are more than 10,000 Cubans living in the country, says Ailyn (21), whose story is already old on the island. She has been temporarily living for a month in Ecuador (specifically in the Chimborazo Province, Alausí Municipality), where she traveled as a tourist to bring clothes that would then be sold in Cuba.

“I heard the news on the Internet. That is really great to improve a bit! So I will go back to Cuba. I wish all that to be true, because in Cuba I was having a real “bad time” economically. At the time of coming here I was working for 345 Cuban pesos, with which I could not even afford the daily snack for the entire month.

“The news took me by surprise, but I liked it much. The Cubans here are excited, the only thing they talk is about that and, Ecuadorians also do the same.

“I think it is a very good option, because then my family who stayed in Cuba would improve their way of life. I also think that all the persons in Cuba who want to visit their relatives in the US can do it. ”

Yelena, 26, is another Cuban who is also in Ecuador since last November 30. Her mother and brother work in Guayaquil and invited her to spend Christmas and New Year together in what will be a temporary stay of two months. She went also “to watch and know”, she says via Facebook.

“Until yesterday, the days had passed without pain or glory regarding the news coming from Cuba. But at around 11 in the morning my mom called and told me: “Watch on the Internet or at Cubavisión International, Raul is going to speak, the Cuban five were released in exchange for a US prisoner in Cuba.”

“The news was surprising to me, because in Cuba we are adapted to having more of it on television. I connected fast and there it was, indeed. It is a fact hard to believe.

“An hour later, I meet my mom at the place of having lunch every day. She, two coworkers and I talked about the positive aspect of the great news, we are all very happy and hopeful, it is a historic day for my country, even though I am not on the island, I am also part of that.

“At the moment we were having lunch, we saw the news on television, I saw several reports of television stations from here and they all were positive. I think this is very important, not only for Cubans and Americans, but for other countries that can see possibilities of trade with Cuba.

“I do think we have to wait, we have lived many years blaming the” imperialism “of everything bad that happens to us. Now we have to walk unfettered, and I think that may be what defines the truth of all these years. I cannot stop thinking that my generation has been the most affected by the policy between Cuba and the United States: much sadness, a lot of need, much loss of values.

“As a friend told me:” After all those acts, marches and eight hours speeches … lol, this is amazing, mummy, lol ” .

The greatest fear of Marta ( 29), who a few months ago sought asylum in Miami by the Cuban Adjustment Act (CAA), which allows Cubans who touch US soil having the right to residence a year and a day after their arrival, is this law to be removed.

“I’m afraid the Law to be removed and I to stay on the road of my residence process. The criterion “Nation” stopped having importance for me years ago. I care more about me and my friends as if the CAA is removed they may not choose to stay here. To end, nothing will change on Cuba now. ”

It is been just one year that Javier (25) went to Belgrade, capital of Serbia, from where he now writes us. In his case, the news does not change his decision to live outside Cuba: “This news does not change my intentions at all. I came to work, looking for the conditions that Cuba does not have and Internet connectivity. I hope these changes to accelerate the process to allow better access to the Internet.

“I am very happy with the return of the 3 missing heroes. It really took me a bit by surprise this news. I did not know that they were conducting negotiations. I am also pleased by the Gross family; I understand that he is an older man.

“I’m in a country where US influenced to the disintegration of Yugoslavia. As a result, there were wars; this is a city where NATO launched bombs 14 years ago. The government, then could not stop it, nor protect its citizens. That has not happened in Cuba… so we should not trust on the government of USA.

“On the reestablishment of Cuba-USA relations, I am even happier. I think the elimination of travel restrictions to make tourism to improve. We just have to wait for the blockade lifting “.

Sandra (25) lives for nearly three years in Spain. She studied journalism at the University of Havana in the moment when, after a long paperwork to get her exit permit through the Family Reunification process, she definitely left Cuba with her mother. Now she writes us from Puerto de la Cruz, Santa Cruz de Tenerife.

“Initially, when I left Cuba, I did it by curiosity, a feeling that grows a lot, especially if you are a student of Journalism. Growing up on an island gives the feeling of not knowing the world and often that assumption dazzles.

“I follow the news from Cuba as any Cuban who lives on the island; I guess it is an inseparable part of all who left. This news is closely followed, the way the world understands Cuba and how migrants live in other countries can change “.

Sandra tells us about approaches to the media in Spain on the latest news: “The Spanish media keeps a distance. Today in Tenerife, several Cubans who belong to some associations have been interviewed by the media. It is exactly in those situations where we realize the way the world thinks about life in Cuba.

“One of the issues for which journalists asked was whether this relationship Cuba-USA will solve poverty in Cuba. Many Cuban immigrants, especially now, after today and everything that has happened in 24 hours, think it will be much easier changing the vision that the world has about the Cuban system and life in Cuba.

“That, somehow, answers whether or not I regret from having left. One can choose where to migrate, but not where you comes from. Being born and raised in Cuba, having been formed as Cuban journalist determines, largely, how to understand capitalism and not live blindly in love of a system. I do not regret by having left, I think that much can be done for Cuba both in the international arena and abroad “.

Raul Castro: “It is only possible to go forward based on mutual respect”