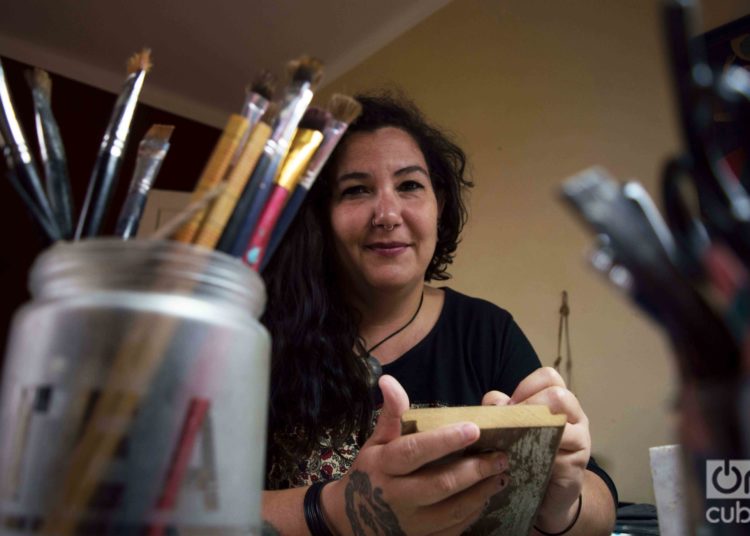 María Stefania Diez Moreno, NUR (Havana, 1978). Daughter of renowned craft artists, her home was also the site where visual artists, musicians, poets, craftspeople and theater people frequently gathered: “ever since I was a child I felt the need to paint. I was only interested in that…. My parents took me to the Visual Arts Elementary School.” That was the seed that contributed to NUR’s cultivating a personal and very feminine work that invokes reflection, analysis and the visual enjoyment of beauty. 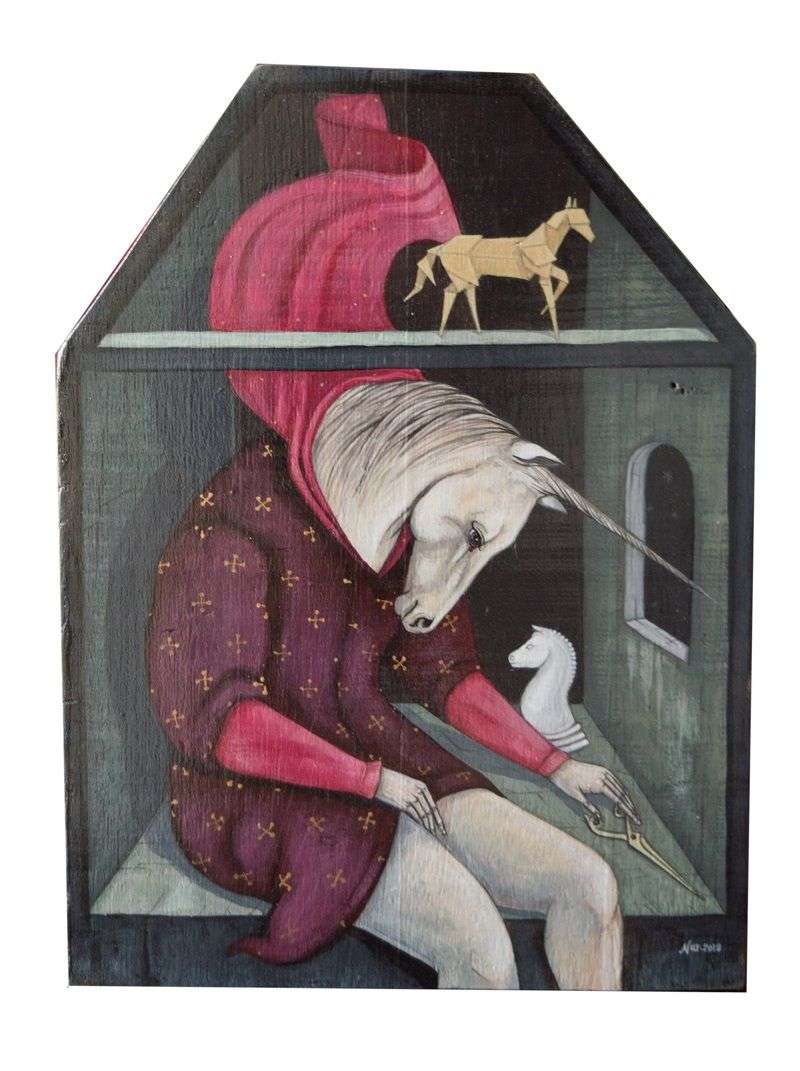 When NUR got to the San Alejandro Art Academy she came with “important tools,” learned in the Havana Visual Arts Elementary School – which unfortunately no longer exists. There, she affirms: “there was staff of excellent professors who taught you the first steps,” the secrets of drawing, engraving or sculpture. But that school enlightened, opened a wide range of knowledge, it put the students into contact with Cuban art and with the maestros of universal art at a very early age.

All that knowledge enabled her to make her dream come true of entering the Academy. Ever since she set foot there she felt sheltered and enveloped by a magical and oneiric world: “It wasn’t a shock, because everything went very smoothly,” she notes in a conversation with OnCuba. 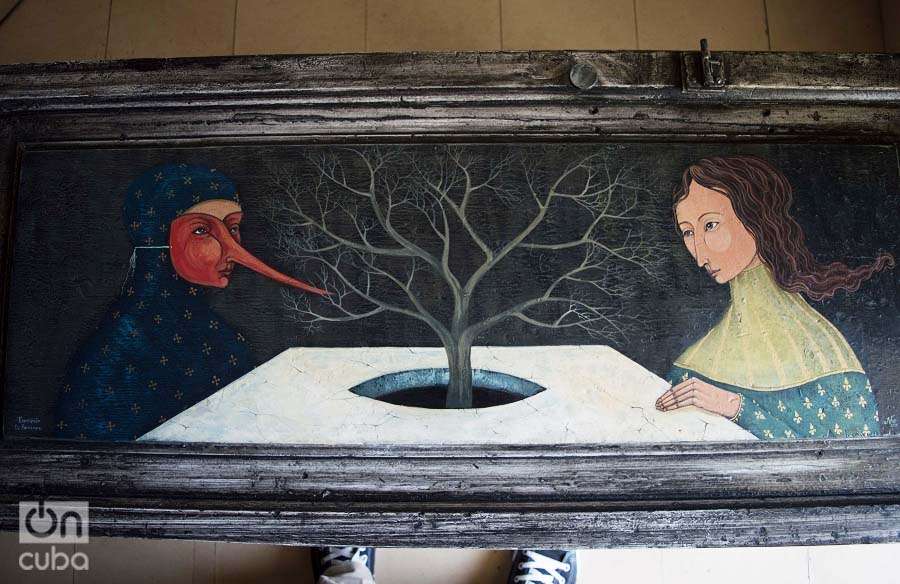 In 1997 she graduated from San Alejandro in the specialty of painting and, to the surprise of many, she did so with a performance she conceived with the backing of a young actor (Oscar Ascencio): “It was the story of a mask, which is the symbol with which I still work. That mask was a human being telling his experiences since his birth as an individual in a society full of stereotypes, up to the awakening of his interior conscience which drove him, in a fierce struggle with himself, to come out of the farce but keeping the mask, semi-hidden, to face the dilemmas of life. Because life has a great deal of theater. All of us, in certain circumstances, become actors and represent what we really are not,” she categorically says.

NUR is beginning her creative trial and errors. She tried sculpture and engraving, a specialty that to her “seemed very interesting, but slow and difficult.” She became aware that drawing and painting came easier for her and she started with brushstrokes and, later on, to use acrylic paint as a fundamental element:  “there’s something that happens to me and perhaps it has to do with the milieu in which I was born and grew up. For me it is easy to achieve a three-dimensional appearance in the two dimensions, that is, on paper, on canvas or on wood.” 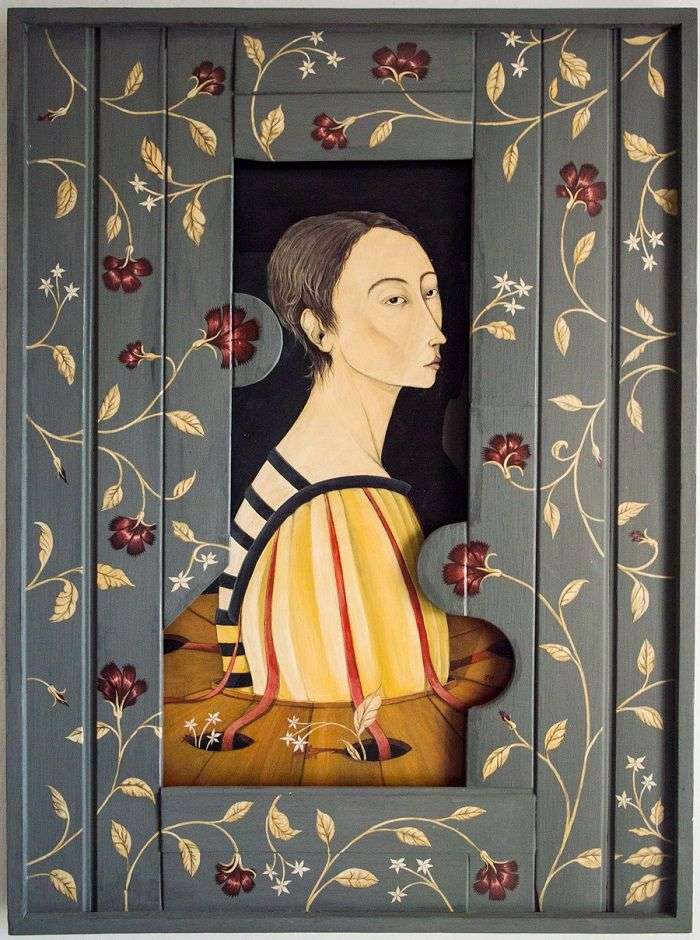 Although she paints on canvas or draws on bristol board, her “favorite” is wood, a support that has a very particular magic, especially if it has formed part of a piece of furniture, of a window, a rocking chair or a door, because it bears implicit the emotional charge of that story.

Figuration has allowed her to express herself very freely from her own perspective and life experience, based on a clean stroke and the total use of the palette, although she greatly restricted color in her first stages. What has remained intact – although in permanent evolution – is the central theme of her work that has to do with her interior vision and introspection: “loneliness, reflection, how we use the masks in front of the world and ourselves; dreams, intimate relations, desires, what we hide. My work is riddled with symbols, but my intention is that they be easy to recognize, that people can appreciate and enjoy the story I want to tell and even that they can frequently feel identified with it.” 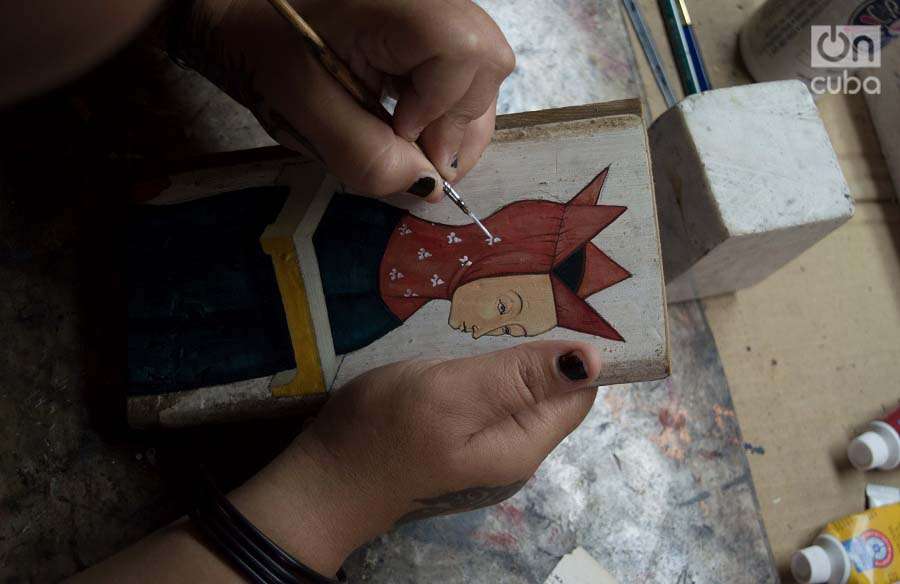 She recognizes that she has “a great deal of influences” and one of them comes from Mexican painter Frida Kahlo. Apparently she has nothing to do with it, but “Frida was my first inspiration because she worked profusely the self-portrait and her work focuses on self-reflection.” She also recognizes – and is grateful to – what painter Rocío García contributed to her as a professor, because “she broadened the concept I had of art, opening my mind and my creativity to new roads.”

Later on NUR approached gothic art and byzantine painting: “the medieval world entrapped me because of how the canvases and pigments were used, and that made me change the way of focusing the themes as well as the way of painting.” She comments that her imagery is close to that of Remedios Varo (1908-1963), a Spanish painter established in Mexico, and that she admires the Cubans Eduardo Abela, Ernesto Rancaño, Ángel Ramírez and Carlos Guzmán – closer in terms of generation. She finds points of contact and also numerous differences between the aesthetics of these artists and the one she cultivates. 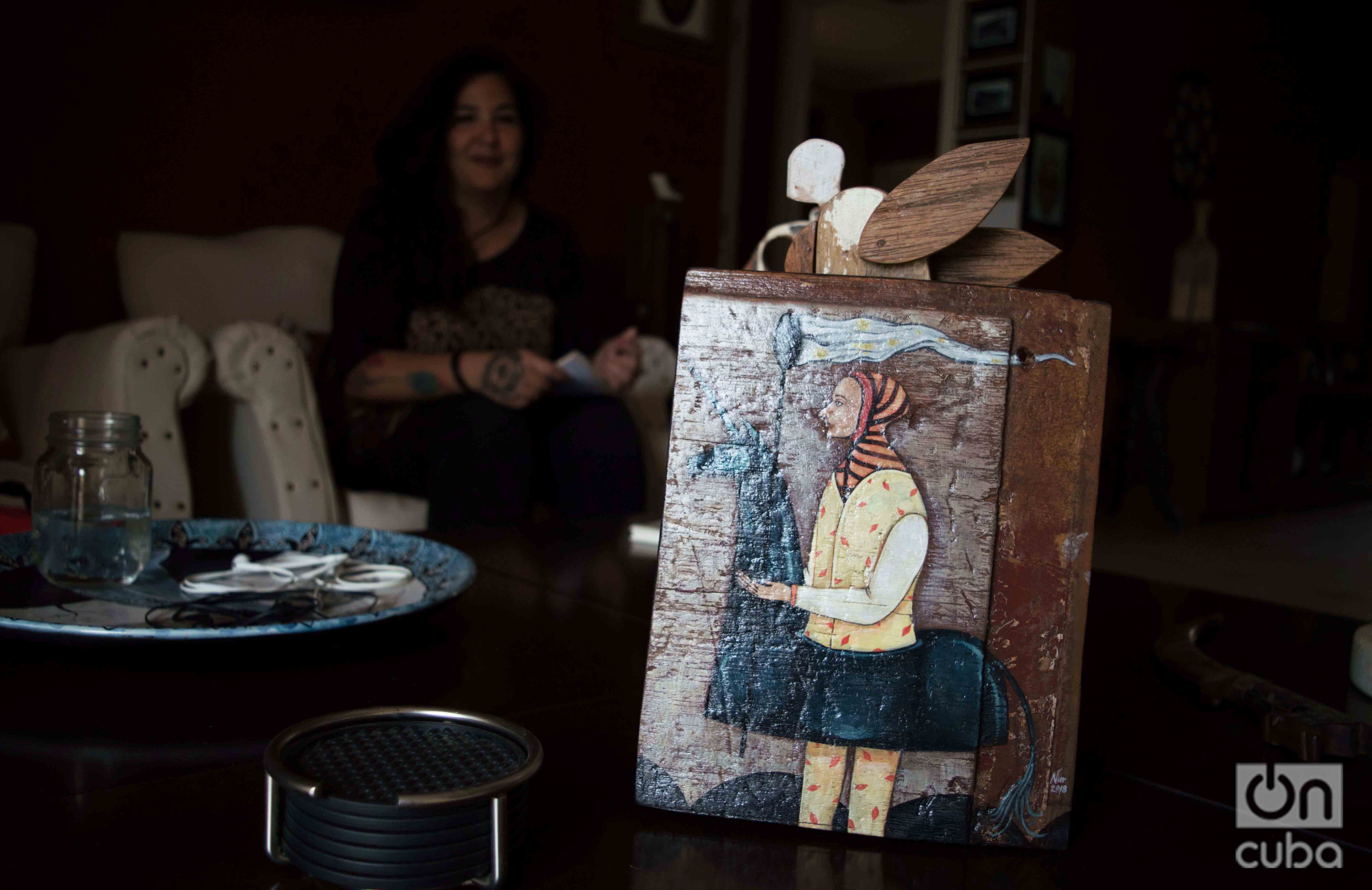 NUR’s work exhibits a very interesting characteristic: the importance and weight she grants to the backgrounds. It could be that the story is being told by a character who appears in the foreground, but behind there is a numerous group of elements that are giving shape or rounding off ideas and, above all, intentions. On the other hand, the delicate eroticism and the subtle sensitivity of many of her pieces are strengthened by colorful planes that refer us to certain design codes.

The dwelling she represents – backed by an intelligent and very well-thought-out perspective of space -, combines with that of the wardrobe design, an essential element that gives beauty and transmits additional information to the spectator.

However, she leaves a margin for a trained eye to delve beyond what is presented at first sight. As NUR says: “it’s necessary to continue working because there will always be stories to be told.” And many of them are still hidden.