After filming “Doctor Portuondo,” the Cuban actor talks with EFE about psychoanalysis, Cuba, the United States, and cinema on the island. 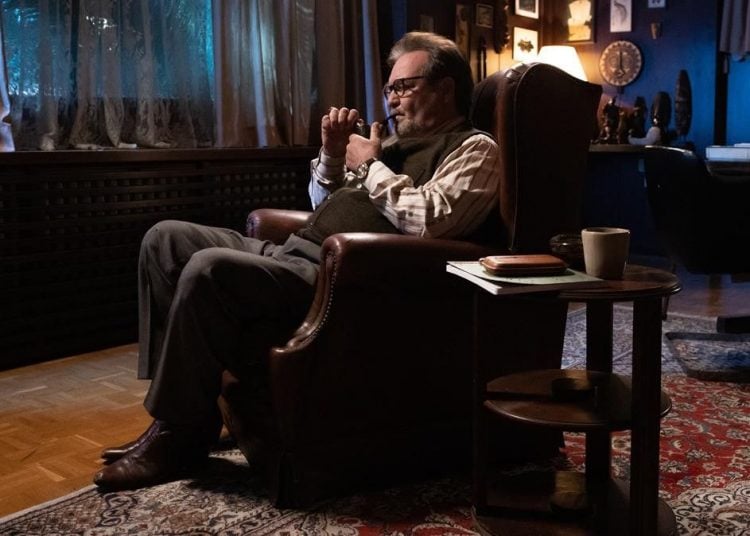 Jorge Perugorría in the role of Doctor Portuondo, a series directed by Carlo Padial. Photo: ALBERT MASFERRER/FILMIN, via elperiodico.com

After having stepped into the shoes of Doctor Portuondo, the peculiar Cuban therapist who is the protagonist of Carlo Padial’s novel (and future series), the actor Jorge Perugorría (Havana, 1965) has known psychoanalysis up close, a method that the whole world should explore “in these times of pandemic, social networks and radical discourses.”

In an interview with EFE carried out a few days after the filming of the series with Filmin, in Barcelona (which is expected to premiere in the fall), the Cuban actor commented on his approach to this peculiar psychoanalyst who drinks whiskey and swears on behalf of Freud.

The role has come to him in the midst of a worldwide explosion of audiovisual productions, a trend that has not yet had its effects in Cuba, despite the fact that the island has one of the most prestigious film study centers in the Hispanic world. Donald Trump’s blockade, says the actor, stalled the sector after the golden age of Obama.

Joe Biden is now the new hope, says Perugorría, for the Cuban audiovisual sector to regain its vigor and “we can continue to see Cuba from a room, anywhere in the world.”

Tell us about this character, the particular Doctor Portuondo. What was it like to put on his suit?

A great luxury because the character is wonderful. This series, which is the first to be produced by Filmin, is directed by Carlo Padial, who spent five years in therapy with Dr. Portuondo and wrote the book based on that personal experience. It has been an extraordinary experience because he is a very particular man, a man from the last century, with ideas from the last century, stopped in time, with a great love for Cuba, a tremendous nostalgia for his land and his country.

How was your relationship with psychoanalysis before doing this series?

It was a subject I didn’t know much about. There is always a reference to Freud and I had read a little, but always out of curiosity, not out of interest, nor have I ever had any practice with psychoanalysis, no personal experience. But getting into the world of Portuondo is really very interesting. I believe that Portuondo’s relationship with his patient (played by actor Nacho Sánchez) is a relationship that makes this young man better himself, gives him elementary tools to face life.

Do you think the world needs psychoanalysis more than ever?

I believe that may be the success of the series. Especially in these times of pandemic, social networks and radical discourses, I think that psychoanalyzing ourselves would do us all some good. Search within oneself, search within yourself, which is a bit of the essence of psychoanalysis, to find oneself.

A series boom is taking place in the world. How is the audiovisual issue doing in Cuba?

This boom of all platforms producing series has coincided with the moment of Trump’s closure of all relations with Cuba. It is still impossible to see a Netflix production shot in Cuba. Hopefully, that will change soon because there is no work in Cuba. The Cuban Film Institute has created a promotion fund this year and it is expected that Cuban film production will begin to gain momentum again. That is everyone’s hope because we have had little national production for several years and very little work is being done.

At the time of the Cuban opening (with Obama) movies like The Fast and the Furious, Transformers... were shot in Cuba. All that disappeared. I really hope that Biden changes the policy towards Cuba and that there may soon be service and national production work, that soon we can continue to see Cuba from a room anywhere in the world

Is this crisis also affecting established characters like you?

Yes, of course, it affects because there is no work. More and more young people are graduating from school, talented and less able to produce. This solution that has occurred within Cuban cinema gives some hope, especially to young people who want to make films.

Will it be possible to see Portuondo in Cuba?

In Cuba, the films that are released in the United States are already in the “package” the next week. It has an absolute guarantee.

Yes. Over there, all the content produced by the platforms is consumed with something called “the package,” which is a bit clandestine but everyone does it. It is an information hard disk with all the series, movies…everything is there and is passed from hand to hand.