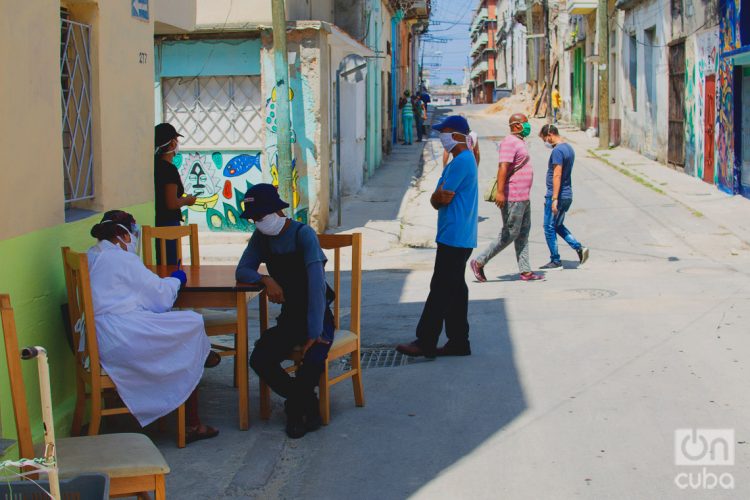 The highest figure in the entire pandemic. Dr. Francisco Durán has said it during his daily appearance. 1,051 cases in 24 hours, seven more than those reported on February 1, when the SARS-CoV-2 virus set a record in this regard.

“The curve has been rising in what I call a third increase in the pandemic, the infections have lasted for a long time,” argued the national director of Epidemiology of the Ministry of Public Health (MINSAP).

Most (1,041) of the COVID-19 cases are from autochthonous transmission, 1,009 were contacts of imported cases and in 10 individuals the infection was acquired abroad, involving four foreigners and Cuban travelers coming, as a whole, from Russia, the United States, the Bahamas, Spain, Uruguay and the Dominican Republic.

Three deaths were also reported. The deceased, two men and one woman, were from the provinces of Havana and Santiago de Cuba and their ages range between 63 and 89 years. With them, the death toll now stands at 424; 100 of them in this month.

On the other hand, the territories with the lowest figures were Ciego de Ávila (nine), Villa Clara (eight), Guantánamo (seven) and the special municipality of Isla de la Juventud (four).

Regarding the incidence rate per 100,000 inhabitants, 12 municipalities (11 from Havana and one from Granma) concentrated 50.7% of the transmission in the last two weeks.

By age group, the statistics are still worrying in vulnerable groups: 167 under 20 years of age, 156 of them in pediatric ages. The number of infections in people over 60 was 177.

March, since yesterday, became the worst month in terms of infections due to the pandemic, which is already on the way to 13 months of activity on the island.

Its figures as of midnight on Tuesday were 24,673 infections. And one day is still left, since today’s MINSAP report corresponds to the last 24 hours.

According to the MINSAP, this information was possible after 23 laboratories processed 20,412 samples.

It also reported 746 clinical discharges and 66 patients in intensive care, 30 in critical condition and 36 in serious condition.