Roberto Vinas Riesgo (Pinar del Rio, 1948) has produced more than 90 feature films in his long trajectory through the seventh art; he is assistant director of the Cuban cinema and actor as a hobby. He has been a member of the Production Studios of the Cuban Film Institute (ICAIC by its Spanish acronym) for 38 years and has stayed linked to the institution with the same vehemence and passion that characterize his personality.

He considers himself as a cinema worker, but his friends not only see him as a experienced specialist that guarantees a good professional work in each filming, but also as the fetish image of a good part of the films shot in the Island.

Among acquaintances, colleagues and friends, he is known as the masculine face more seen of the Cuban cinema due to his “appearances”, and for some filmmakers, he is kind of good luck amulet; for this reason OnCuba invites him to talk about his life in the cinema.

How did you begin in the cinema?

I began on December, 1974 as assistant director in the movie Cantata de Chile, by Humberto Solás. As era “beginner”, I worked directly with one of the assistant directors of the film, especially with Lázaro Buría, who was in charge of the departments of scenery, art direction, special effects and pyrotechnics.

I appreciate a lot this movie as my first work in the cinema, because it was a very complex and hard film. We spent five months of filming (from March to August) in rugged places, it was shot in the quarries of San José de las Lajas, Managua and Mariel (where there is a cement factory today), most of the filming was at night, with great quantity of extras, and with non professionals actors, almost all of them were Chileans. 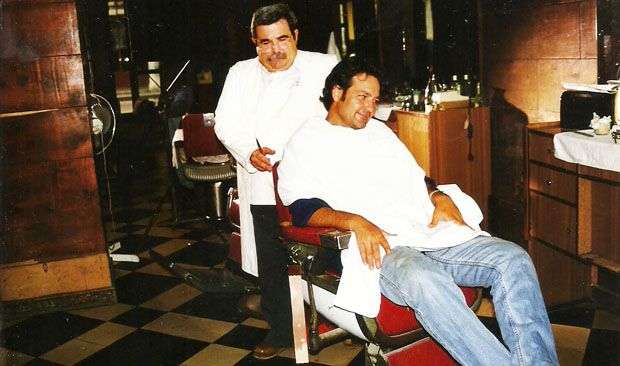 Why did you become assistant director and which are the requirements needed to be really good at this profession?

I became assistant director by accident, because it was supposed that newcomers to ICAIC who were graduated from college- we were a group of approximately ten partners, all graduated from the ancient Humanities Faculty- should rotate for different working areas of the Institute. In my case, and luckily, I was appointed assistant director of the movie Cantata de Chile.

Then for different reasons I kept working in ICAIC in the production area. Regarding the requirements, the most important are responsibility and artistic sensibility.

First, an assistant director must essentially be an organizer, and also a coordinator, a link between the work of the director and the producer of the movie, and he is responsible for maintaining a good work relationship between both sides; this is one of the most important or more essential aspects in his work.

Each movie is a world, a new challenge. The daily work experience is the most important element in this occupation, and it can help you to become a good assistant director.

It is said that you are the masculine face more seen of the Cuban cinema, why?

Well, I have luckily been involved in more than 70 audiovisual materials, not only feature films, that are the great majority, but also in short films, documentaries, video clips, commercial spots and some already missing editions of the ICAIC’s Latin American Newsreel. However, what I fervently believe is that I am a cinema worker due to my work in other movies as assistant director, assistant producer and scriptwriter.

Do you feel nostalgia for not having worked with a specific filmmaker?

I would have liked working with some directors that have called me for me to perform some “small characters”, and I have never worked with them as assistant. But what I can categorically affirm is that I have loved working with directors, some friends, with whom I have had the infinite pleasure to accompany them as assistant in their projects in these last years. I have also worked with many foreign directors and there are two of them with whom I would like to work again: Luis Oliveros, from Spain and Argentina’s Alberto Lecchi.

When did you discover that you are an actor and how do you share this liking with your work in the set?

I don’t consider myself an actor because if I were a good actor, that would have been my only job. What happens is that I have certain histrionic abilities and as I also enjoy acting, I never say no, every time a director calls me. The same thing happens to me with some foreign directors with whom I have worked. They have seen me in other films or somebody has told them that I always play a small character in the movies and they invite me to participate in their project and I have also accepted because I enjoy acting. This doesn’t interfere with my work in the set, because “my characters” are generally small and this doesn’t prevent me from carrying out my fundamental work in the film, because the filming process is more demanding. 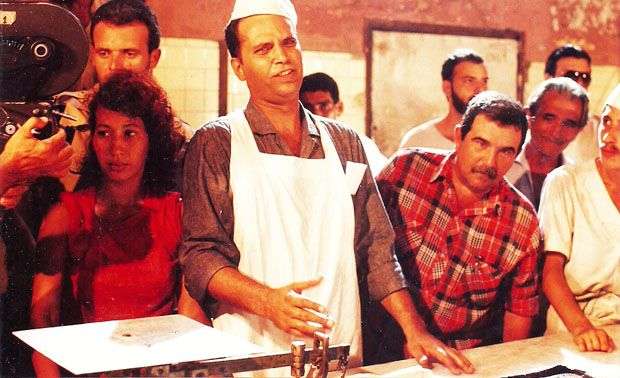 Do you have any preference for any of your “small characters”?

This seems to be a simple question, but I really find difficult to answer it because I have really played a lot of characters. Anyway, I choose the one I played in Río Negro (1976), which was the first and where I played an officer of the Rebel Army and administrator of an asphalt factory. I owe this first character to the current filmmaker Daniel Díaz Torres, who at that time was the first assistant director of the movie and trusted on me to solve a problem that emerged in the scene, because the actor chosen for this role couldn’t do it. I was the recorder (script) of the movie, Daniel proposed me the character and I accepted; and the last one was a newspaper vendor in Esther en alguna parte (2012).

I played several characters between 1976 and 2012, I worked in Se permuta (1983); I played the role of an union leader in Los pájaros tirándole a la escopeta(1984); an uncompromising revolutionary man in Adorables mentiras (1991); the mayor in  Pon tu pensamiento en mí (1994); the hungry mourner in Guantanamera(1995); the photographer in Un paraíso bajo las estrellas (1999); the official  in Lista de Espera (1999) the guardian of the cell in Miranda (2007);  the possible heir of a fabulous sum in El cuerno de la abundancia (2008); the skipper of a ship in Afinidades (2009) and to almost finish this list, the boss of the gravediggers’ brigade in Se vende (2012); recently premiered movie and this constitutes my most developed character in a film.

I can not stop telling you the immense satisfaction and pride of having shared scenes with such talented actors and actresses in our country as Consuelo Vidal, Reynaldo Miravalles, Jorge Perugorría, Laura de la Uz, Fernando Echevarría, Aramis Delgado, Paula Ali, Susana Perez Vladimir Cruz, Luis Alberto García (father and son), Alicia Bustamante, Mirta Ibarra and many others that I can not remember right now.

If you had to begin in cinema again, what would you be: assistant director, producer or actor?

What emotional and professional place does cinema occupy in your career?

Cinema has been all my professional life, because despite I also did other things-I was a professor of the Workers´ Faculty (I taught chemistry to the workers of the China Popular Republic factory in 1970), professor of Pre University (I taught American History, 10th grade, at the National Art School, course 1972-1973), and University Professor (I taught History of the Middle Ages, workers´ course,School of Arts and Humanities, Faculty of Humanities, course 1973) –I’ve been working at ICAIC since 1974. Affectionately … Cuban film industry IS EVERYTHING for me, I’ve had very great joys, sorrows also, fortunately small, and something very important to me, it has given me the opportunity to meet and work with people to whom I owe a lot in my personal and working life because they have been teachers and friends. 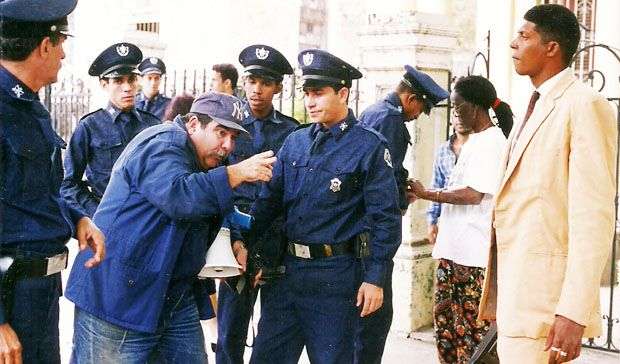 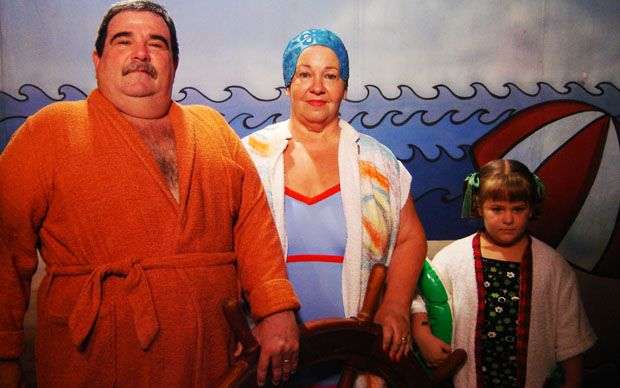