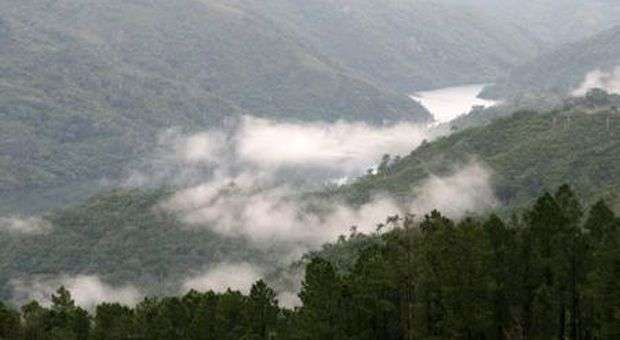 Yera town has a grocery store and a woman is responsible for it, another woman who wears her jet-black hair to her waist is in charge of the Committee for the Defense of the Revolution ( CDR), there are also a 62 years old man, a school that had only one student, a clinic that had a doctor, an ordinary and boring dog, a stream, and a deaf woman .

In Yera town, people like playing dominoes, and check all the time their blood pressure, and do not walk too much. Because they say it can not be possible that the only good thing of this place is thatTVs do not need antenna for having a good image reception. Other things are needed, for example, beer.

And they trusted on me.

********
This is a strange place . It seems odd that there are people who have faith in Journalism despite living at more than 400 meters above sea level. Indeed, they are the only persons I’ve met who still has faith in Journalism and they only see transportation three times a week.

– Three times?
-Three times. Monday, Thursday and Sunday
– What about the rest?
-You decide whether going down or not.
– How much do I have to walk?
-There are about seven kilometers up to Boquerone, which is the nearest place where you can find a car.
– And your name is …
-Alejandro de Leon.
– Are you also leaving?
– Of course I’m leaving. Next week I’ll move to Manicaragua.
– What about the house?
– ‘It remains there.
– Empty?
– Empty. There a few empty houses here. I’ll take my deaf woman with me.
– Deaf woman?
-My wife is deaf; she is the only thing that makes me happy.

I went to Yera town in a Soviet jeep that someone dared to lend me and a young man offered to drive it and we took Alejandro with us. This place does not receive visits: the road is too bad and long ,and it is full of rocks and mountains, so it is really hard to go there even by car.

Yera town belongs to La Herradura People’s Council, which in turn is in Manicaragua, a municipality at the Escambray Mountains, in Villa Clara province. And nobody wants to live there. It is located at a very high altitude and has a pretty sight, but people want to rest their eyes and feet. That is why its inhabitants are leaving. And also because they suffer from headache, and have blood pressure problems, and because children wish to get grants at fifteen and not at six, women want to work, and perhaps, they want to know the theater. So, they told me: journalist come here, we will tell you.

And they trusted on me.

**********
Mirtha Valladares, president of the CDR, says this is no longer the same place and adds they used to live happy there. “But not anymore. That is why I agree with people to leave, and at some point I’m going to leave like everyone else. “And she began to call the roll,” Ambrosio and Alina live there, Noelvis and Felipe live in that apartment, and people living downstairs left and the house is uninhabited.That other apartment is also empty, and Olipio, who is 62 and is the oldest of this town, lives in that building. People here is young, they are young by necessity, and it is better not to start aging up here, because you can not live in Yera town and being an old person”. And so she was counting, and she told me that 24 people have already left, and now they are just 29. Yera town is not big;everybody knows each other, and we are less every day. It’s good when you have 53 people to talk, but it is scary when you realize we are just 29, and the number will continue decreasing, and if you do not hurry, you’ll be alone in the mountain.

Lidia de Leon is Alejandro’s sister and her daughter, who is in Italy, is helping her to buy a house in the plain. The school had up to six children taking lessons, but they were gradually leaving, theywere moving in with their parents, and nowadays there was only the son of Lydia and the teacher. Lydia does not know what happened to the teacher, but she had to get her son into the scholarship regime when he was just 12. And she adds that’s not the worst. The worst was when her husband got dehydrated because the ambulance did not come, and because the only doctor on Yera town hadalso left, and the polyclinic is closed and empty, and now they have to be careful and not to get sick.

There is no polyclinic, no school, but there is a grocery store and the Government wants to close it. According to Lidia this is because they are few people and governmental representatives want themto buy the food in Boquerone town, but they adopted a strong attitude, she says, and it has not yet closed. “Though they send us few things, it’s worth of something. They do not send chicken and we have to get satisfied with a little cans every three months and the mince that no one can eat it. Nobody comes here to sell anything; you have to reap viands for eating because there is nowhere to buy it. That is why I have to leave, so my daughter is sending me money from Italy. Journalist, we have to abandon this place or it is needed our situation to get reflected on a newspaper or any other thing “.
And they trusted on me.

********
After parking the jeep on the top of the mountain , Alejandro showed me the polyclinic, and indeed its doors were closed, and windows allowed us to see remnants of serum and cotton, and someprescription in the floor. He also showed me the school, or what it used to be, and the buildings. Later, he left me alone, he was sure it is impossible to get lost there.

Then I walked up to one of the classrooms of the school, and there were three men and a woman cleaning beans, and they looked at me, all at once, as wondering who I was. Then I said hello, and they kept with their work, but then they talked a lot.

They laughed and talked. One of them told the woman they have to fight hard for the food there and the second one said they were no longer living, but surviving, and the third agreed by adding the only thing that can be done there is to complain. The woman said nothing. Suddenly the first man asked me, do you want to know more? There’s nothing to do here, men can mow the lawn and earn something, but women have no job. And the second noted that nobody remembers Yera town and added they once asked for a dominoes to do something when night falls, but no one answered their request. And the first replied they do not even remember beer, they have to go down to Boquerone to drink beer, and they wish getting drunk, because at least they will have a good time when drunk.And the woman remained speechless.

Other villagers noted that children can not have a little fun, they can just go to the stream to take a bath; they also told me that when there are heavy rains and the river rises, Yera town remainscompletely cut off for many days; they say nobody cares about them and thanked me for my interest; they desperately need a doctor, they add other things can gradually be improved but they really need a physician, health is very important. And the woman still said nothing, and looked at me like saying: why did you come, you’re going to leave and everything will remain the same, you’re going to leave like the doctor, and the teacher, and most of the people.

-This will be published, right?
They asked me, and I thought they trusted on me.
-You must put all we said; none of this is a lie.
And I kept writing, and even suffering.
-Put it all, that if the situation improves, we will not leave , this is the most beautiful place to live.

And I was thinking that the only people I’ve met who still have faith in Journalism live at more than 400 meters above sea level.

I left Yera town after a while and they never really knew what my purpose was. I went, I think, to ask about theater, to see if they knew about Teatro Escambray, and if they liked that group’s performance and their opinions, and points of view. But, gentlemen, you must be very careful while asking in Yera town. I advice you not to go up there, where there is little heat and night comesquickly, to ask anything and mostly if you are a journalist who can do nothing for the inhabitants because people do not ever imagine you got there by jeep, for example, to ask about theater.

*********
Clarification: the highest places of Escambray Mountains as the towns of Yera, Can Can and Sabanita, are currently suffering from depopulation. The houses are unoccupied by emigration to the plain.To avoid this, the Party Politburo carried out the so-called Turquino Plan to improve living conditions in the mountains, taking into account that this depopulation affects coffee harvest in the area.Apparently Yera town villagers have not been benefited from this plan.

Another information: According to the latest diagnosis on social issues held in that place, La Herradura People’s Council, to which Yera town belongs, has an area of 180 km2 with a population of 3132 inhabitants, currently has a poor incorporation of young people to work and study; children are under weight at birth, it also has large numbers of teenage pregnancy and high rates of smoking and alcoholism. However, Yera town villagers seem to be excluded from the latter. They are still waiting for the beer to get there.

Another detail: I wanted to know before leaving, and I asked a man who had an ordinary and boring dog if he knew something about a group of theater, and he said he remembers once seeing up there a woman everyone called Corina Mestre.

-And what about Teatro Escambray group? , I asked.
And he told he does not remember them, but he asked me not to forget them, and reminded me the doctor is what they need the most.

And, I think, they trusted on me. 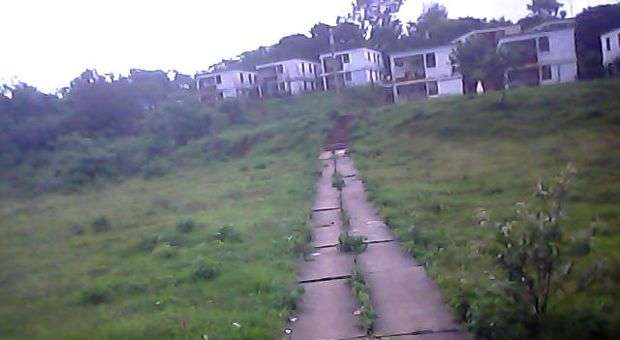 Making off of OnCuba magazine Cover