Septeto Habanero heads to the United States and Puerto Rico 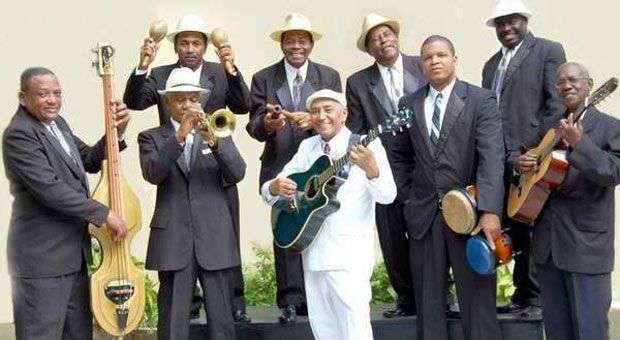 The Septeto Habanero, one of the orchestras of uninterrupted presence in the Cuban music scene since its inception, will give a series of concerts in different places in the U.S. and Puerto Rico during the months of October and November.

Created in 1920, the group will perform at the Heredia Center in New York, in the city of San Francisco, California, on the West Coast, and the University of San Juan, to close and go all the way up the celebrations for its 93 years of existence.

Authentic advocates of son, a true Cuban genre and from which stem several rhythms of popular dance music today, the Septeto will take to American and Puerto Rican audiences a selection of its extensive repertoire which includes songs from recent bill and anthology titles of son tradition as Papá montero, Elena la cumbanchera, A la Loma de Belén, and Aurora.

It emerged as a sextet led by Guillermo Castillo. In 1927 after several changes without altering the format, it incorporates the trumpet acquiring the structure and sound of the septet that has remained to this day.

The Septeto Habanero was the first band of its kind in interpreting works of Ernesto Lecuona, pieces that the Guanabacoa genius composed expressly for the group as Se fue, Por un beso de tu boca mujer and Andar andar.

Among its member have been Cuban musicians who were reference within the national culture, including Abelardo Barroso, Felix Chapotín, Vicentico Valdés, Pio Leyva, Pachito Riset, Cheo Marqueti, Arsenio Rodriguez and Chocolate Armenteros, who made of the Septeto a real all star .

In more than nine decades playing in and out of Cuba, the success of the Septet Habanero is indisputable, precisely in 2010 they were nominated for Latin Grammy in the category Music Traditional Tropical Album for its dual 90 años, Orgullo de los soneros.

First Cuban science fiction film is about to begin shooting

Foreign investment in Cuba step by step, peso by peso?