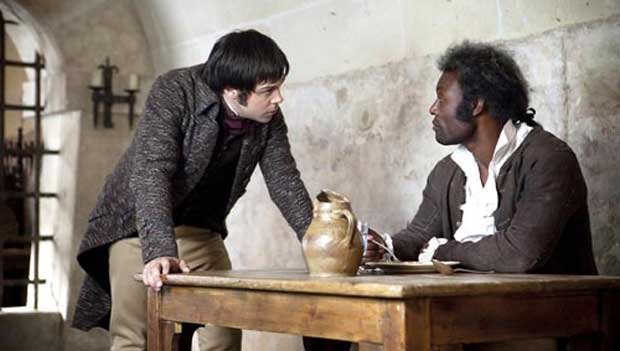 Giving more visibility to the Caribbean cinema, obviated by audiovisual production and distribution hegemonic centers, has been one of the main objectives of the Travelling Caribbean Film Showcase inits effort to preserve and encourage the dissemination of
visual memory of this region and its cultural riches: very unique and diverse.
Thus, Havana displays, from June 12 to 17, the program of the 5th edition of this sample-made up by 21 filmic creations- which has already been presented this year in countries such as Belize, SaintBarthelemy, Bahamas, Cayman Islands, St. Vincent and
Grenadines, Colombia and Venezuela.
Among the top proposals are ¨Le bonheur d’Elsa¨ (2011), debut of Guadeloupe´s writer and director Mariette Monpierre, ¨1912 – Voices for a silence Chapter 1¨ (2010),
documentary directed by Cuban filmmaker Gloria Rolando and Franco-Haitian multi-awarded film ¨ Toussaint Louverture¨ (2012), by Philippe Niang.
The latter deals with the life of the renowned and admired today as the most prominent leader of Haitian Revolution (1791-1804), process that led to the establishment of the first independent Republic of Latin America. The film reached a great reception
when it was shown on French television. It was also acknowledged in Los Angeles, during the 20 th Pan African Film Festival, where it was granted with three awards: Best Film, Audience Award, andBest Supporting Actor for Jimmy Jean-Louis, Haitian actor settled in Los Angeles who plays the role of the mythical hero of the Caribbean nation.
Parallel to the projections, the Sample develops the Caribbean Cinema Forum and Market, to be held at the Havana’s Convention Center, on June 13, 14 and 15. In order to establish the dialogue between filmmakers and cinema entrepreneurs, this event will provide to distributors, broadcasters and executives, the opportunity to appreciate the best Caribbean films between 2000 and 2012 and it will create the possibility of achieving exhibition agreements worldwide.
The Travelling Caribbean Film Showcase has confirmed itself as the event of major significance and scope for promoting Caribbean film and audiovisual and its diasporas, recognized as such byUNESCO and UNICEF highest levels.