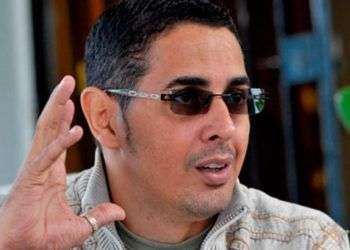 ¨Vuelos prohibidos¨ is the title of the new film by Cuban filmmaker Rigoberto Lopez, which by these days is in its shooting process in Havana, after the first scenes of this movie were already filmed in Paris. The movie marks the big screen debut of popular Cuban singer Paulo Fernandez Gallo, who shares the leading role with French actress Sanaa Alaovi . During the first day of shooting on Cuba, OnCuba visited the film set in the lobby of the Melia Cohiba Hotel, to talk with Lopez and the main actors of the film. “This is my first film and I hope to be the last one, Fernández said”. “It has been a different experience to everything I had done all over my artistic career. I feel myself very happy with the work we are doing, but the shooting process was really tough in France, mainly due to climate setbacks and because at that time I was making the final arrangements for the release of my latest album that is called ¨Abre que voy¨. It was like shooting a movie within other, due to the inconvenient we faced. We spent a whole month shooting in Paris”. Known popularly as Paulito... 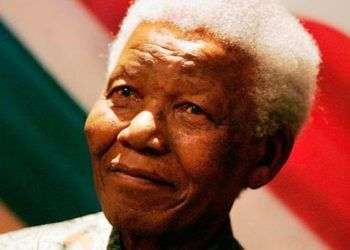 Millions worldwide continue expressing their grievance at the death of South African leader Nelson Mandela in different corners of the world. State funerals are scheduled for December 15, the last great act of the week of celebrations for the late former president. In 1990, Giraldo Mazola Collazo, then Cuban Foreign Affairs deputy minister met Nelson Mandela in Namibia. At that time he was part of the Cuban delegation -led by Commander Juan Almeida Bosque-invited to the celebrations for the independence of that country. This would be the first contact between representatives of Cuban government and the future South African president. Later on Cuban soil, Mazola witnessed many of the moments lived on the island for the hero of the struggle against apartheid, including a memorable meeting between Mandela and Cuban boxing legend Teofilo Stevenson. Both events, marked by admiration and respect for the leaders of Cuban Revolution and the historic leader of the resistance against racism, who died on Thursday December 5, perpetuated the friendship bonds between the two nations. Speaking to OnCuba, Mazola Collazo, currently Ambassador of the Cuban National Commission for UNESCO, recalled several anecdotes to our readers. To Mazola, Nelson Mandela was a man who founded a... 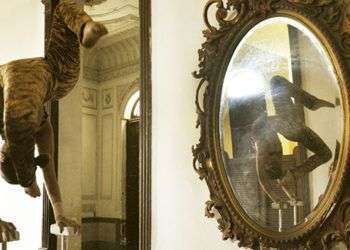 The preeminent venue for the circus in Cuba is the Carpa Trompoloco. Every year, this coliseum in the Havana municipality of Playa also becomes the main venue for Circuba, an international event considered as “the circus bridge of the Americas to the world.” The proven technical and artistic quality and virtuosity that distinguish Cuba’s circus artists today have sparked interest among businesspeople from other parts of the world who want them for their own companies. The Compañía Havana circus group, which has won two awards and the 2013 Circuba Gran Prix (with their popular “Flying Trapeze” or “Flight of the Bird” act) is now the country’s top troupe, and markets its circus acts around the world. Compañia Havana, directed by Germán Muñoz—who has been involved with the circus for several generations—has about 158 artists working on contract, and divided into 38 artistic units: 18 in Cuba and 20 abroad. Most of the overseas units are scattered among the best circuses in the world, such as the Ringling Brothers and UniverSoul Circus, in the United States; the Cirque Pinder, in France; the Krone in Germany; and Blackpool Tower and Zippos in Britain. Cuban artists have represented Cuba’s National Circus at international...

Circuba 2013 to play a leading role in Cuban summer

The skill, joy, creativity and colors, characterizing the most legendary of the performing arts: the circus, are elements in keeping with the nature-the way of being and acting, of Cubans. Perhaps this is the main reason of the prestige and esteem of circus art in Cuba, a result supported in the international arena, as Cuba was recognized as one of the major Latin American countries with longest tradition and professionalism in the practice of this cultural expression. Hence the summer in Cuba is also synonymous of Circus, a time when the cultural institution ¨Cuba’s National Circus¨ (CNC by its Spanish acronym) focuses on offering a varied program of shows, considered among the top choices for Cuban families to enjoy during the summer months. As a main course, this year, from July 16 to 21, Havana, and from July 24 to 28, the central province of Ciego de Avila will become circus world capitals, when hosting the 12th International Festival "Circuba 2013" - the most prestigious of its kind in the Americas, considered the circus bridge of the continent. During the twelfth edition of the Cuban circus party, about 80 artists from 14 countries in Europe, Asia and Latin America will... 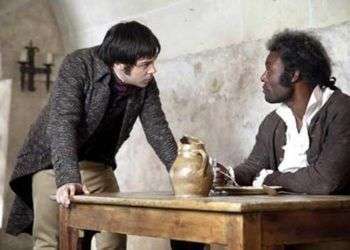 Giving more visibility to the Caribbean cinema, obviated by audiovisual production and distribution hegemonic centers, has been one of the main objectives of the Travelling Caribbean Film Showcase inits effort to preserve and encourage the dissemination of visual memory of this region and its cultural riches: very unique and diverse. Thus, Havana displays, from June 12 to 17, the program of the 5th edition of this sample-made up by 21 filmic creations- which has already been presented this year in countries such as Belize, SaintBarthelemy, Bahamas, Cayman Islands, St. Vincent and Grenadines, Colombia and Venezuela. Among the top proposals are ¨Le bonheur d'Elsa¨ (2011), debut of Guadeloupe´s writer and director Mariette Monpierre, ¨1912 - Voices for a silence Chapter 1¨ (2010), documentary directed by Cuban filmmaker Gloria Rolando and Franco-Haitian multi-awarded film ¨ Toussaint Louverture¨ (2012), by Philippe Niang. The latter deals with the life of the renowned and admired today as the most prominent leader of Haitian Revolution (1791-1804), process that led to the establishment of the first independent Republic of Latin America. The film reached a great reception when it was shown on French television. It was also acknowledged in Los Angeles, during the 20 th Pan African Film Festival, where it was granted with three awards: Best Film, Audience Award, andBest Supporting Actor for Jimmy Jean-Louis, Haitian actor settled in Los Angeles who plays the role of the mythical hero of the Caribbean nation. Parallel to the projections, the Sample develops the Caribbean Cinema Forum and Market, to be held at the Havana’s Convention Center, on June 13, 14 and 15. In order to establish the dialogue between filmmakers and cinema entrepreneurs, this event will provide to distributors, broadcasters and executives, the opportunity to appreciate the best Caribbean films between 2000 and 2012 and it will create the possibility of achieving exhibition agreements worldwide. The Travelling Caribbean Film Showcase has confirmed itself as the event of major significance and scope for promoting Caribbean film and audiovisual and its diasporas, recognized as such byUNESCO and UNICEF highest levels.

No Content Available
ADVERTISEMENT
No Result
View All Result