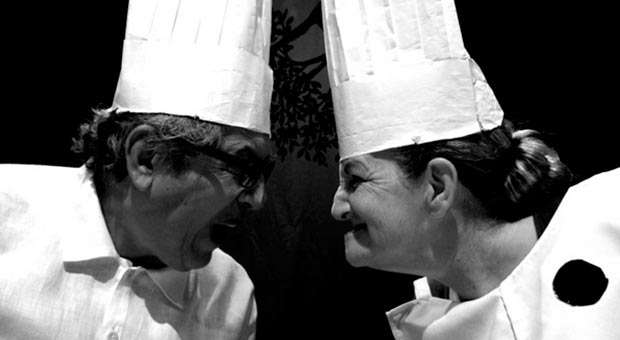 May, theatrical by excellence, returns for its tenth year, from the 16 to the 25, together with Casa de las Américas. This time, it’s with thirteen shows that converge towards a common purpose: to reflect on the intersection between cultures, geographies and languages, because “theater distorts its borders, and we want to reflect on it,” Vivian Martínez Tabares, General Curator of the event said in press conference

That’s why this time the proposals will overflow the boundaries of the scene to play, from the poetic texts of their shows or other forms of art such as music, dance, literature-as close to theater and cinema.

The latter will allow the dialogue from El automóvil gris, designed by Mexican group Teatro de Ciertos Habitantes and based on the eponymous classic silent film of that country. For its part, Bolivia will reach the Andes put Hamlet and Romeo and Juliet of Aramburo, Teatro de los Andes and Kiknteatr respectively.

But without a doubt one of the special guests will be the Ecuadorian troupe Malayerba, intercultural living example of the intersection from the origin of its own members. Created in Quito in 1980, Malayerba proposed to share a theater to express their reality with its own language, understood as an artistic, ethical and technical space. In this edition of Theatrical May, we will offer its newest production: Instrucciones para abrazar el aire, led by Charo French, Gerson Guerra and Aristides Vargas. The proposal addresses, from the dialogue with politics, the phenomenon of expropriation of children during the dictatorship in Argentina.

Other foreign companies participating in the event will be Colectivo Teatro Da Margem and Da Boa Companhia Brazil, and the National Contemporary Dance Company of the Dominican Republic, directed by the Cuban teacher Marianela Boan.

On this side of the House, the usual shows of The Public Theater, Teatro de la Luna and El Ciervo Encantado, join the works of Teatro de las Estaciones and Estudio Teatral Santa Clara.

One of the key moments of the tenth edition of Theatrical May will be the Meeting of Latin American playwrights and Caribbean, to be held on Monday, May 19 at the Che Guevara Hall of the House, where they will also honor the 50 years of the magazine set.

Collateral to the sample, the event will also develop workshops and exhibitions dismantling and exhibitions among the most notably are Posters for May, Thursday 15 at five pm at the Manuel Galich Room of the House, for the ten years of masks and faces of Nelson Ponce those have illustrated the event.