A Blue Diamond in Cuba 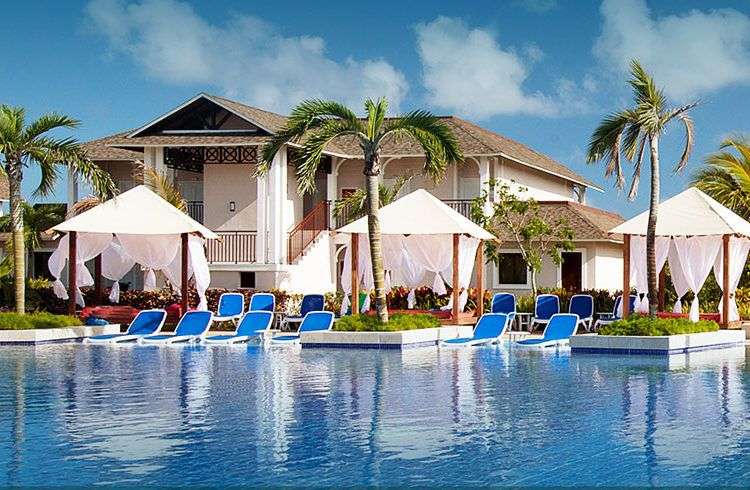 With only three years of operation in Cuba, Canada’s Blue Diamond company does not give up its attempt to stand on top of the chains with greater presence and prestige in this Caribbean destination, in which already operates six facilities today and four thousand rooms.

Only preceded by the Spanish groups Meliá Hotels International, with nearly 25 years in Cuba and 26 hotels under management-, and Iberoestar with 13 facilities, the Blue Diamond ranks third among the 17 foreign hotel chains present in Cuba. And it goes for more, according to recent statements by its commercial director Rafael Villanueva.

“Right now we are discussing with Cuban hotel groups to continue our expansion throughout the Cuban archipelago, with new projects in Havana, Jibacoa, Havana, Varadero, and cays of Jardines Del Rey,” said Villanueva last October.

A special springboard for these attempts to expand in Cuba, is the selection of Royalton Cayo Santa María as the best all inclusive resort in the world, Travelers’ Choice Awards 2014, awarded annually to the famous travel site TripAdvisor, based on the opinions of millions of users around the world. With this recognition, the Canadian company wins international prestige in one of the most popular Caribbean destinations.

This Five Star hotel is located in the central northern coast of the island, now ranks first among the 25 most popular hotels in the world, leading a list in which is followed by the Iberostar Grand Hotel Paraiso in Mexico; Kurumba Maldives, Maldives and Le Blanc Spa Resort and Secrets Maroma Beach Riviera, both in Cancun, Mexico.

In the 2013 edition of the awards, the Royalton Havana crowned the ranking of the resort in the Caribbean. Unique to date that operates the Blue Diamond of the Royalton brand on the island, installation works only for over 18 years under the All-In Luxury concept and offers intimate rooms overlooking the beach.

TripAdvisor users highlight of the Royalton Cayo Santa María its excellence in services, the careful attention of the staff and the beauty of its locations. “It is a hotel where you get what you imagined, I will return next year to repeat the experience of comfort and pleasure. I cannot imagine a more beautiful place to relax, “says one of the users on the site.

Travelers’ Choice Awards recognize a total of 100 properties worldwide, and the winners are determined by votes, ratings and reviews given by millions of travelers in several categories, including hotels, destinations, beaches, islands, attractions and favorite restaurants. As brushstroke, at No. 20 overall ranking there is another Cuban hotel, the Melia Cayo Coco in the Jardines del Rey, north of the province of Ciego de Avila.

The Reserve at Paradisus Palma Real

Salinas do Maragogi All Inclusive Resort

The Reserve at Paradisus Punta Cana

Under the Memories brand aimed primarily at the family segment, and Royalton, luxury and adults-only  Blue Diamond currently operates two hotels in Varadero (Memories Varadero and Royal Hicacos), two in Cayo Santa Maria (Memories Paraiso Azul and Royalton Cayo Santa Maria), and two in Cayo Coco (Memories Flamenco and Memories Caribe). “Our interest is to continue growing, with the intention of positioning in the next two or three years as the second foreign chain that manages more rooms on the island,” Villanueva said.

He underlined that since they have helped position the Cuban destination in the main online reputation sites like TripAdvisor Holiday Check and Monark-, it has allowed the national chains to trust the management model of Blue Diamond to manage and market their hotels through the world.

Such is the case of Royal Hicacos, TripAdvisor recognized as number one in Varadero and the second best in the country. While the Memories Flamenco is in the second seat of the Jardines del Rey.

Among their short-term goals are also included to increase leisure activities in the facilities they are already operating, with new options for children with theme parks and water slides, experience great success at resorts like Memories Varadero, said the manager.

For the winter season, traditionally the most favorable in the Cuban tourism, the corporation has a strong presence in Cancun and Playa del Carmen (Mexico), brings as novelty the change to the brand Royalton of the current Royal Hicacos.

This hotel, number one among all 59 hotels in Varadero, according to the global travel site TripAdvisor will operate from December first under the brand Royalton Miguel García, Head of Market in Cuba of the firm told OnCuba, explaining that the change is part of marketing initiatives to strengthen the prestige of the company on the island.

That facility, which already stopped sales until the first half of December for capacity, it is receiving  an improvement process in order to adapt their services to the highest standards required by Royalton.

To receive the winter Blue Diamond also prepares in the largest resort in Cuba, Varadero, a Golf Tournament to be held from November 19 through 23, and integrates the strategic actions of the firm to retain customers.

On the results at the recent summer season, Villanueva said that all actions to capture the domestic market were successful. On weekends, in particular, they recorded peaks in occupation, both in facilities in Varadero, as in those of Cayo Santa Maria and Coco. The occupancy rate reached 70 percent, and even 80 percent, “characteristic levels of the high, not the low season.”

During this period, organized seven outlets in Havana, and others in Ciego de Ávila and Villa Clara, whose sales were actually higher compared to the same period last year “These results lead us to continue investing in the domestic market and reinventing our deals to catch their interest,” said the company´s executive.

Among the forms of foreign investment, Cuba promotes management and marketing contracts for hotels, in which the Cuban company, which acts as owner of the premises, is associated with a foreign manager to operate under its brand the tourist facility for five years and that is renewable.

The newly introduced portfolio of opportunities in the tourism sector, including 33 projects specifically aimed at establishing such contracts with prestigious global partners; whereby foreign managers can now invest in the repairs of the facilities, pursuant to Act 118.

Cuba has 67 contracts with foreign partners, and predicted that by the end of this year three will join, according to statements made to CAN by Jose R. Daniel, Director of Business of the Tourism Ministry. Among the partners recently added, he  noted the Spanish chain Valentin Hotels and Swiss luxury Kempinski, the latter confirmed for the project which is underway on the popular Manzana de Gomez, Havana.

The new jewels and the JoJazz of all time

The lies of the "galactic blackout"