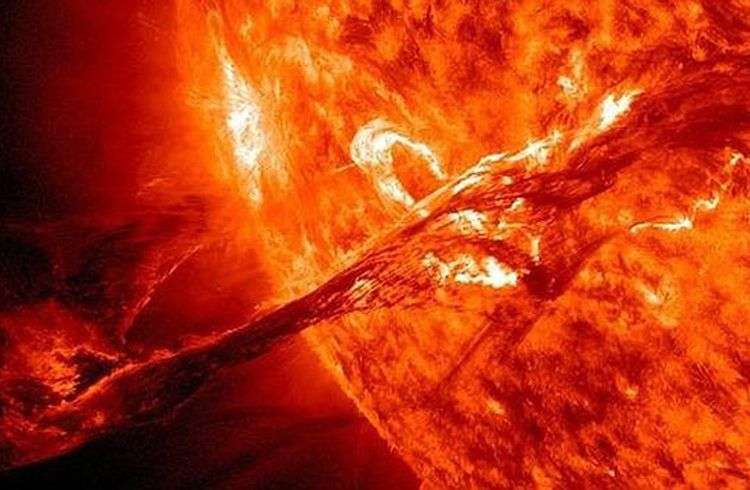 The world will be completely dark on 21 December when a galactic blackout, followed by a solar mega storm, causing devastating effects for three days, according to the National Administration of Aeronautics and Space Administration (NASA) of the United States.

With words like these, hundreds of thousands repeated the latest gossip on social media and the Internet, and was spread in Cuba by email.

Cubans, alarmist and farsighted, were already dusting candles and rechargeable lamps, when the Institute of Geophysics and Aviation (IGA) issued a statement denying such publications. “The supposed explanation given the news announcing the ‘blackout’ are absurd and ridiculous, devoid of any scientific basis,” said the engineer Uratsuka Martha Rosa Rodriguez, director of the IGA, under the Ministry of Science, Technology and Environment of Cuba.

Some media also backed, like the Spanish ABC and Russia Today, some alleged statements of Ashley Dale, apparently a scientist from the Bristol University in the United Kingdom, who warned on ¨the imminent danger or a solar super storm before the end of 2014¨

Rodriguez Uratsuka emphasized in not believing everything that is announced on the Internet. To begin, said the scientist, NASA has not published such predictions of a galactic eclipse, otherwise pretty unlikely.

With regard to solar storms, the engineer explained that they “occur mostly during and around the maximum of the solar cycle. Today, as the maximum of this cycle was exceeded and although the possibilities of large and complex sunspot groups are not ruled out, one cannot make a forecast indicating the occurrence for that date of December21 of a big solar storm”.

This astronomical information, like many others related to science and disseminated by unreliable sources, is nothing more than a case of hoax or a digital lie carried worldwide.

Hoax and the end of the world

They call hoax the lies disseminated by the electronic network of networks. Every now and almost always at the end of an annual cycle, hoaxes are generated in Internet linked to doomsday, apocalyptic ideas of destruction and general chaos.

The arrival of 2000 had in suspense for decades hundreds of people (religionists and non-believers) who claimed something devastating would happen. It was a cultural, scientific and social phenomenon that was generated around the date.

In 2012, a global expectation misinterpretation of the prophecies of the Mayan calendar and the supposed end of the earthling life, agreed, of course, for December 21 was generated.

With the lyrics of Qva Libre and “hop, dance and romp that the world ends in two thousand twelve”, Cubans celebrated the calendar change two years ago. This will not be much difference, because according to the engineer Marta Rodriguez, the winter solstice in our northern hemisphere will occur as usual, “when the earth in its orbit around the Sun, passing a point where the Sun at noon reaches the minimum height above the horizon. “And nothing more.