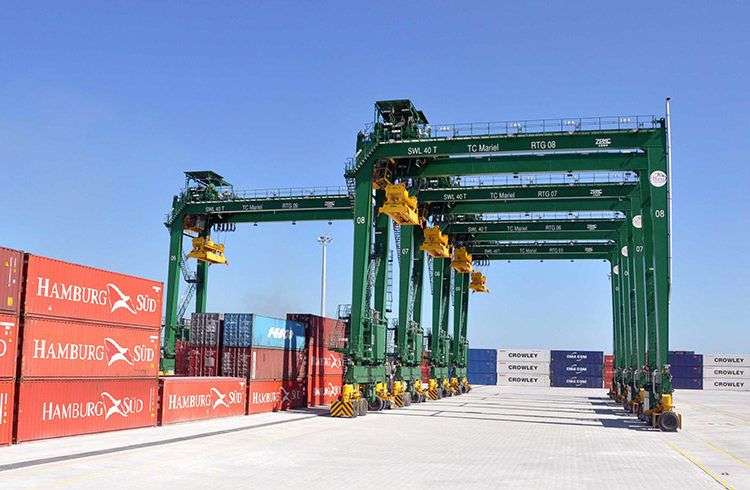 Projects for industry, agribusiness, renewable energy and biotechnology, are included in the portfolio of opportunities offered by Special Zone Development Mariel (ZEDM).

Speaking to reporters at the launch of the ZEDM at the International Fair of Havana, Ana Teresa Igarza, general director of its Office, said they have received offers from companies from 36 countries, such as Spain, Italy, France, Russia Netherlands, Canada, Brazil and China.

Investment proposals could begin to materialize at the end of this year or early next, the sector A, developed in the early stage of the project. This covers about 43 square kilometers- 9% of the total ZEDM- and has been divided into 11 areas for better utilization, including those involved in port activities, oil, transport and agricultural development.

Opportunities for industry and agribusiness

The agribusiness and industry include 15 offers seeking new assembly plants with state-of-art and clean technology, or the creation of companies for the production for both the domestic and the foreign market. In many cases the main objective is import substitution.

One of them, with estimated investment amount of $ 70 million, would have the task of replacing imports of glass containers for beverages, medicines and canned foods at levels that exceed 210 million units annually. This would cover 95 percent of the current national market.

On the other hand, there is the possibility of mounting a plant to assemble and produce at least 10,000 light vehicles annually for Cuban and international markets in partnership with industries from Havana to manufacture parts and accessories as well as a service network nationwide.

Given the high productivity of its soil, Artemisa is also good for food production, hence the arrangement of several projects focused on that. There is a proposal to establish an environmentally sustainable plant with energy efficiency and high quality standards for the production of jams (straws, cookies, crackers, stuffed, candies, cereals, etc.) in various formats and assortments. The products will be allocated to tourism, the domestic market and export. Today the demand in this line in the country is not fully satisfied.

It is also possible to set up a soy processing plant. The refined oil obtained will be distributed in pint bottles, one and 4. 20 liters, eliminating the total of its current bulk distribution.

In such projects stand out the joint venture investment modality, that will find national support, depending on each case in the Corporate Group of Chemical Industry (GEIQ), Iron and Steel Mechanical Industry Group (GESIME) Business Group of the Light Industry (GEMPIL), Ceiba Citrus Company, Corporación Cuba Ron SA, Corporacion Alimentaria SA (Coralsa) and others.

The ZEDM also have a space for biotechnology development. Plant for the production of monoclonal antibodies, homeopathic products, biopharmaceuticals for the treatment of cancer and other chronic diseases, contraceptives, blood and many other medications may be installed in the near future in Mariel.

The construction of a plant of close-cycle for the development of vaccines against cholera, meningococcal vaccine, meningococcal conjugate and variants of salmonella, among other, would allow the output to the external market of liquid and lyophilized products. The plant, which should be seen as a complex with several production lines of pharmaceutical ingredients and finished products, has a total investment estimated at 65 million dollars.

With the investment modality of International Economic Association, mainly, the projects will have the monitoring from prestigious research centers in the area.

It also noted the opportunity to settle in the renewable energy sector, through the installation and operation of solar photovoltaic plants in selected areas of the ZEDM with capacities from 5 to 15 MWp. The modality in this case is totally foreign capital company.