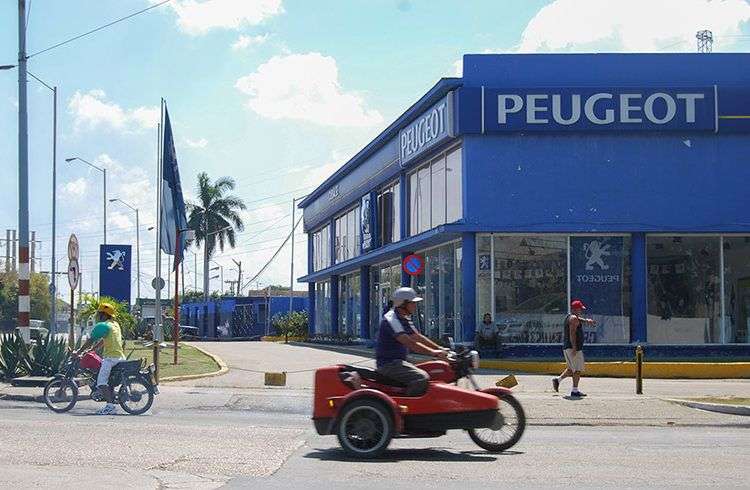 For years, the State sold used cars, dropped from rental agencies, through an official letter attesting that the holder had enough savings, foreign currency earned abroad.

The queues were made of thousands of people, including diplomats, artists, journalists, health collaborators and sportspeople. And some had the idea that it might be a good business selling others the right to buy a car.

That was the main reason given informally to finish overnight with the “letters” and to sell cars to unaffordable prices, when a normal Peugeot can cost up to $ 250,000.

Cuban Independence Wars General Máximo Gómez used to say that Cubans fall short or go too far and his judgment seems still valid. However, no matter how extreme the response it was true that the business of the “letters” existed and here’s an example:

Story that is not a fairy tale

Julia and Francisco had a car. But they wanted to have another.

Cristóbal, a long time friend of the couple, recently had become a privileged man after being employed abroad under a contract managed by the Cuban government; he deserved a “letter”, the administrative blessing, to acquire his own means of transport.

But the promise that letter meant took long to materialize, and Christopher devised a seemingly easy way to make money and satisfy needs that never go away, even if they are not allowed.

With 4000 CUC and the stamped slip he bought the car from the ouple of friends; but a car in Cuba is always volatile, mobile, and to keep on moving Cristóbal kept alive his entrepreneurial spark and sold the “gadget” without papers, to a new partner: Vladimir.

Business rolled quiet until, on a January morning, the brakes screeched on dry tires.

Within 6 months of implementing the new prices, the dealers have sold only 50 cars and none of them brand new. If the plan was to reduce the sales, it was a success / Photo: Raquel Perez….

A new administrative blessing disqualified the prior, and bullion letters were not ever since more than any paper. Who had the right lost it, and who wanted a car, had to

buy it at 8 times its cost, they say to help the development of public transport.

Neither Julia nor Francisco can do it. And all the creative Cristobal was overturned.

With half-truths or outright lies, none of the four want to compromise on their respective corners: Julia and Francisco want their car back, because the deal was not to change a Hyundai for an impossible hope. Vladimir doesn’t let go either until he receives, greenback on greenback the amount he paid. And Cristobal… he does not know where to look now at since, from above, they hurt his pocket and entrepreneurship.

He thinks, though, that he was not only cheated by those who pledged would compensate him for his years of sacrifice and contributions to the national coffers with a second-hand car, but they themselves put into his hand the fuel to ignite the flame of an “incendiary” business. The arsonist may be, but he cannot light the fire if he has nothing to do it with.

¿Would these set of wrongs and conflicts appear if there was a car market without absurd provisions and reasonably priced? The question is not the focus of the problems of Julia, Francisco, Cristobal or Vladimir; but glides, like a wind-driven letter flying, over this courtroom where now all rise to receive the judge.

Parcels to Cuba: martyrdom does not end