ravsberg
in Deep down, Main
1 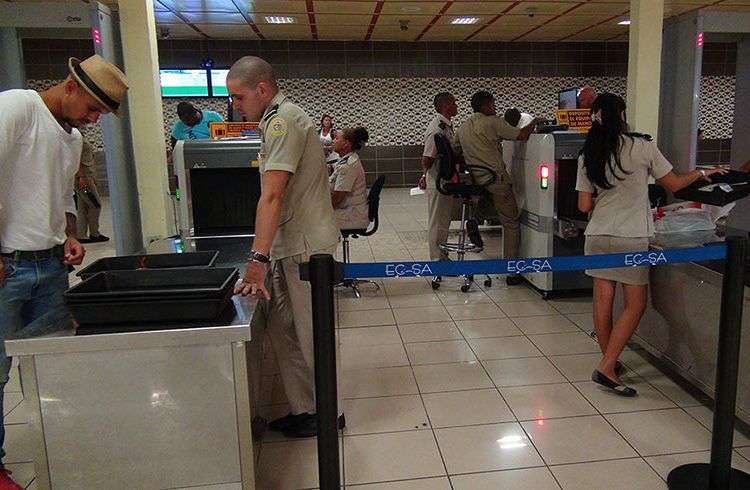 For several months the reform process in Cuba is leaving a bitter taste in the mouth of the Cubans, killing the hopes that had been aroused by the opening of self-employment, access to hotels, the sale of homes or the freedom to travel.

In the last stage, virtually all measures adopted hit the citizen: cars at crazy prices, higher customs and in the shipping of packages restrictions, 3D cinemas were outlawed and the sale of imported clothing was prohibited.

They closed the Jose Marti airport, forcing the companions to receive or discharge passengers in the street, without seating for relaxing or a bathroom to use. Without thinking that that crowd will be the first and last image visitors get of Cuba.

While accepting that within the airport there is insufficient space you may wonder if there could not have set up several “bars” with tables and umbrellas, a couple of bathrooms, seating for those waiting and even a small playground.

Recently, blogger Harold Cardenas claimed in a post that “someone wants the system to crash,” according to this statement, there may be a conspiracy of some who, from power, want a transition to capitalism as happened in Russia.

term economy improvement, we are mortgaging popular favor at this very moment.”

In line with Harold, a doctor working in Brazil told us that these measures are not thought taking into account “the welfare of the people and the economy, on the contrary, it seems as if someone is doing it wanted to bother us, cause indignation and make us less revolutionary”.

I could almost agree with them that there is a conspiracy of the “enemy” aimed at discrediting the Cuban government, but the truth is that all these measures were collectively approved by the executive and the top leadership of the Communist Party (PCC).

What has befallen onto people is an avalanche of bad news affecting all Cubans, those with relatives abroad and doctors who finance the country’s economy with their work or diplomats and artists representing the nation.

Some will have to buy more expensive and of lower quality clothes, others lost the only entertainment there was in the neighborhood, thousands were left unable to buy cars and those cooperating to heal others in distant lands are forced to pay more for shoes that they send to their families.

The Cuban government seeks to protect its trade regime with restrictions rather than self-critically analyze the reasons why people bring everything from other countries. When you attack the effects of a disease instead of the causes you end up killing the patient.

However, the reasons that people do not want to buy in state stores are easy to enumerate: prices with a 240 percent tax (except cars carrying a 800 percent), “fines”, poor quality of almost everything that is for sale, a serious lack of warranty and consumer protection mechanisms, product shortages and lack of variety..

But life goes on despite the prohibitions; the only difference is that everything returns to move in the shadows, without paying tax or licensing beyond the control of the State, as our team that penetrated deep of Cuba was able to verify.

Everything works with the consent of the majority of Cubans who collaborate lending each other identity cards to circumvent customs limits, hiding those selling clothes or looking the other way when customers enter the 3D cinema.

This great popular conspiracy is the only plot we found and occurs without the participation of the country’s leadership. Each of these activities is on the back of a government that, in its infancy, promised and removed many absurd prohibitions.

Parcels to Cuba: martyrdom does not end