This Sunday, the U.S. currency maintained the same value, reached yesterday, which equalized it with the euro, while the virtual currency called MLC, backed by foreign currencies and used to buy in times enabled for it through cards magnetic, was quoted at 149. 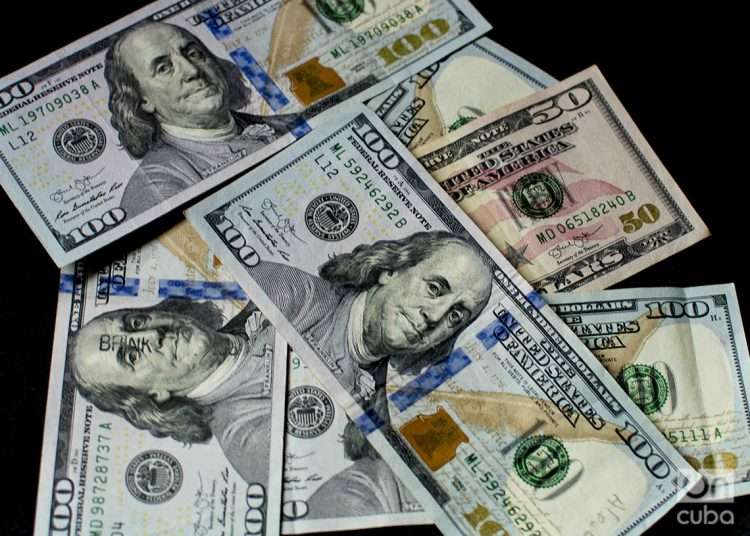 The U.S. dollar reached 150 Cuban pesos (CUP) this Saturday in the informal market for the first time since the 1990s, when the country experienced the crisis of the so-called “Special Period.”

“For the first time, since the 1990s, the dollar reaches the value of 150 Cuban pesos, according to the reference values ​​of our Representative Rate of the Informal Market,” assured the independent media outlet El Toque, which publishes daily a rate of unofficial change, quoted by EFE news agency.

This rate, according to the publication itself, is calculated “from the median of the numbers written in advertisements for buying and selling currencies in social network groups and classified sites.”

This Sunday, the U.S. currency maintained the same value, which equalized it with the euro, while the virtual currency called MLC, backed by foreign currencies and used to buy at authorized times through magnetic cards, was It was trading at 149.

To correct the disparity between the official exchange rate of 24 Cuban pesos per dollar, the Cuban government announced last August that it would buy dollars and sell them in a limited way depending on the availability of the note in banks, EFE recalled.

Cuban Minister of Economy Alejandro Gil said at that time that the objective is “to recover the purchasing power of wages in Cuban pesos,” to reach a “single exchange rate” and to attack “the main problem of the Cuban economy, which is the lack of foreign currency,” the Spanish news agency added.

The measure also reaches other foreign currencies in Cuba.

The dollar, which had not reached a value as high as the current one since the “Special Period,” began to appreciate progressively — and to the detriment of the CUP — since its official exchange rate was unified at 24 to 1 in January 2021, as part of a broad economic reform called Task of Reorganization.

This situation occurs in a context of severe economic crisis, exacerbated by the impact of the pandemic, the sanctions of the United States and the difficulties and internal deficiencies. In this scenario, inflation has multiplied on the Island, as well as the lack of basic products such as food and medicine.