What should be the main strategic demands that Cuban entrepreneurs could consider? 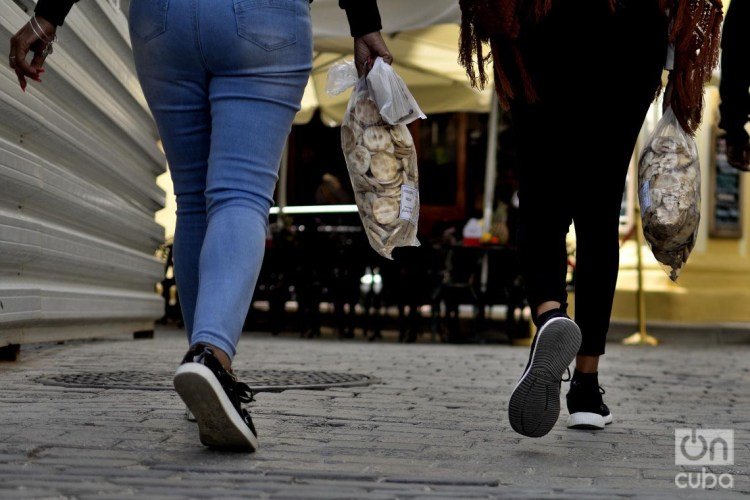 On February 27, the University of Havana organized an interesting event between entrepreneurs and municipal deputy intendents under the theme “Governance, based on a public-private strategic alliance in Cuba.”

The inevitable question, what will come next? is difficult to answer, especially since the information regarding the meeting is still very scarce.

The Facebook page of the Red de Emprendimiento de la Universidad de La Habana (Entrepreneurship Network of the University of Havana) has only reported on the event in a general way and the only other information that seems to be available is that provided on his Facebook page by Oniel Díaz, a well-known entrepreneur who participated in the event and who was informing about the exchange in real time.

Let me extensively quote the data provided by Oniel Díaz:

“This is undoubtedly a different morning. The municipal governments of the capital and a group of entrepreneurs sit together in one same place to discuss public-private alliances. An increasingly relevant reflection. An event organized by the Entrepreneurship Network of the University of Havana and the Center for Public Administration Studies of the UH.

What has the government said so far at the meeting?

-Recognition that there is resistance to change when it comes to linking with the self-employed (SE) at local levels.

-The private sector has to be seen as a favorable change for the country and we have to be active in our relationship with it.

– We are willing to achieve public private alliances. We are open to exchange.

– Taxes paid by private workers are important to sustain the country’s social services and members of the sector can be proud of that contribution.

-We are willing to identify and do away with the obstacles to the private sector that exist locally.

-This type of meeting must be systematized and what we say must be translated into concrete actions.

– Achieving alliances with private workers is not a favor done by the government, we are obliged to do so.

… and we were treated as “Brothers”

What did we entrepreneurs say at the meeting? Some ideas:

-The need to review the contribution levels defined in the progressive tax scale.

-Finding out about the priorities in the development of the territories in order to join them.

-What can be done to face corruption.

-The importance of public tenders to opt for premises and public contracts.

-The need to obtain legal status.

-How the bureaucracy and current regulations hinder our contribution.

-How to form an NGO or other similar actors in the case of community projects.

-How to participate in the export activities that the country requires.

-The need to establish regular spaces for communication between both parties.”

Assuming the risk of commenting on a fact about which so little public information is available, I advance some considerations.

I begin with the aspects that I consider clearly positive based on concrete evidence and not just statements:

The main weaknesses seem to have been:

-To basically limit entrepreneurs’ operations to the field of the local economy (municipalities).

-The notion that the obstacles to the private sector are “pending” identification at the local level, when in reality they are sufficiently known problems.

-The absence of an agenda of essential demands by entrepreneurs. All the demands expressed during the meeting certainly are important with regard to specific issues of the functioning of the entrepreneurs, but, except for the request related to “the need to obtain legal status” (legalization of SMEs), none of the other demands seems to be strategic for the development of the private sector.

What should be the main strategic demands that Cuban entrepreneurs could consider?

The answer to that question requires recognizing two related problems, but each with its own identity.

In the first place, it is necessary to clearly define the fundamental challenge that Cuban entrepreneurs have. Second, to identify the main specific obstacles that the progress of the private sector in Cuba has today.

The main challenge of Cuban entrepreneurs is a challenge that operates in the long term: being able to structure a modern private sector, with all that that implies in terms of means of production, markets and innovation.

In this regard, that it be a private sector “subordinate” to the state does not necessarily mean that it has to be an economically more backward sector than the state sector.

Obviously, it is a challenge that has components that far exceed the economic level. On the one hand, there is an ideological dimension related to the traditional “suspicion” that might exist regarding the private sector.

On the other hand, there is also a political dimension: the notion that what is identified by some specialists as the private sector’s “drive towards self-organization” should not be allowed to stop being under official control.

Regarding the second type of problem, in my modest opinion I consider that there are three major current obstacles to the advancement of the Cuban private sector:

-the absence of legal private enterprises,

-the absence of mechanisms for stable access to capital (at a reasonable price), including foreign currencies, and

-the absence of a market of means of production that makes it possible to reach the level required by private economic units to be inserted into productive chains in which the other participants are “modern” enterprises (state, joint, foreign) and to be able to “move forward” in those chains, qualitatively improving the offer. It is unlikely that a productive chain can be competitive if it has weak links in the form of private street vendors.

Of course, I am referring to a scenario in which the private sector must conceive its functioning―to a high degree―in a “built-in” way, that is, in the form of an enterprise.

Inevitably, there will always be a segment of self-employment (SE), but a private sector that functions within a framework of economic complexity such as the current one cannot aspire to revolve around SE.

The three main obstacles mentioned above are strategic aspects for the Cuban private sector that necessarily (that is not an option) should function as three basic demands of entrepreneurs in the exchanges they may have with officials, in order to properly articulate the “structural” relationship they aspire to have with the state economy.

Without a long-term vision of these problems and the centrality of those demands, exchanges with officials could run the risk of focusing on secondary issues.

A public-private strategic alliance: what could that be?

One of the topics that has attracted the most attention is the use of the term “public-private alliance.”

I assume that it is a concept that has been developed by Cuban colleagues, with direct application to the case of our country, and I hope to find some text that explains the concept.

I think that that accuracy could be useful for two reasons:

As I always say, I mention all that about China so that it is understood that it is an issue on which much has been written and that includes very interesting analyzes on a complex play of interests in which the private sector does not function passively, but trying to optimize its adaptation.

In short, it seems to me that it has been an interesting event and I think it would be convenient to encourage the widest possible debate on the subject.

* This article originally appeared in El Estado como tal. It is reproduced with the authorization of its author.